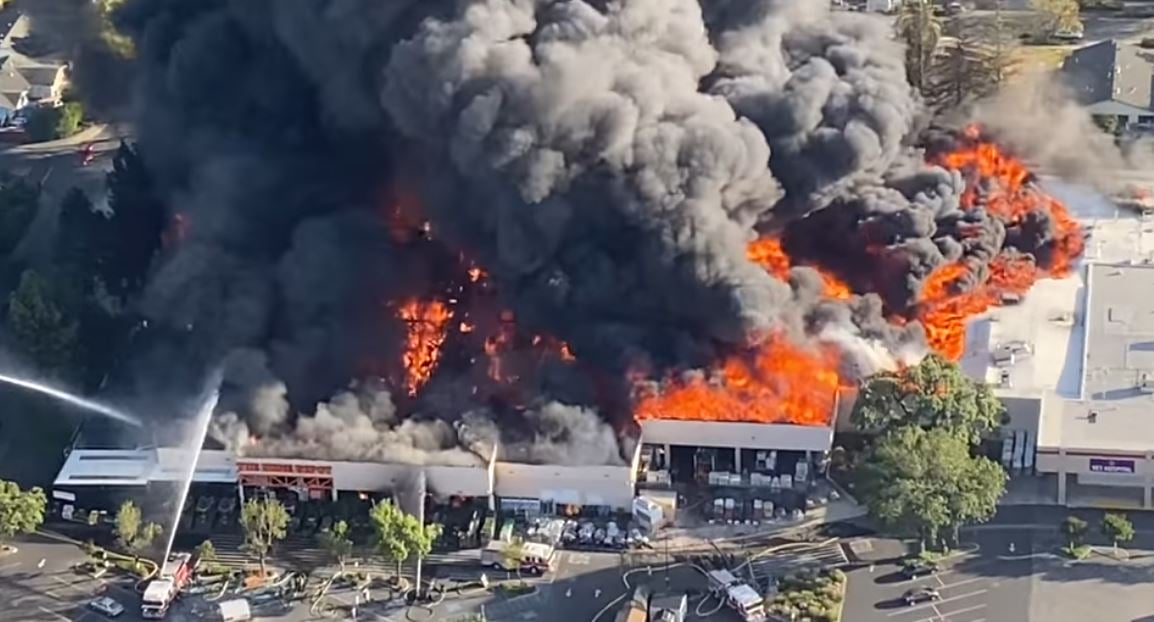 Investigators are still looking for the cause of a huge fire that destroyed a Home Depot store off Blossom Hill Road in South San Jose over the weekend. The first flames broke out in the lumber section around 5:30 p.m. Saturday, and within hours the roaring blaze was hot enough to be detected from space. On Monday afternoon, crews were still putting out hotspots and flare-ups that were smoldering underneath the collapsed roof of the giant structure.

The fact that the roof is covering much of the burned-out debris presents one of the biggest challenges for investigators as they sift through the charred rubble looking for clues about how it started. A spokesperson for the San Jose Fire Department, Erica Ray, told the Mercury News that it could  “days, weeks or even months” before a cause is determined.

There are also major concerns about how long it took for fire alarms to be initiated and whether or not the fire sprinklers that line the store’s ceiling were actually working to put out the flames. Several people inside the store when the flames broke out say the sprinklers never turned on. They also say they could smell smoke and hear loud calls from Home Depot workers telling people to evacuate because of a fire well before they heard any alarms.

“My first comment was to the person behind me — why isn’t there a fire alarm?” customer Jeff Baham tells the Mercury News. “If you were in the back of the store and for some reason waited until the alarm went off, it would’ve been dangerous or maybe they wouldn’t have made it out,” Baham says while adding that he never saw the fire sprinklers turn on when they clearly should have been working. 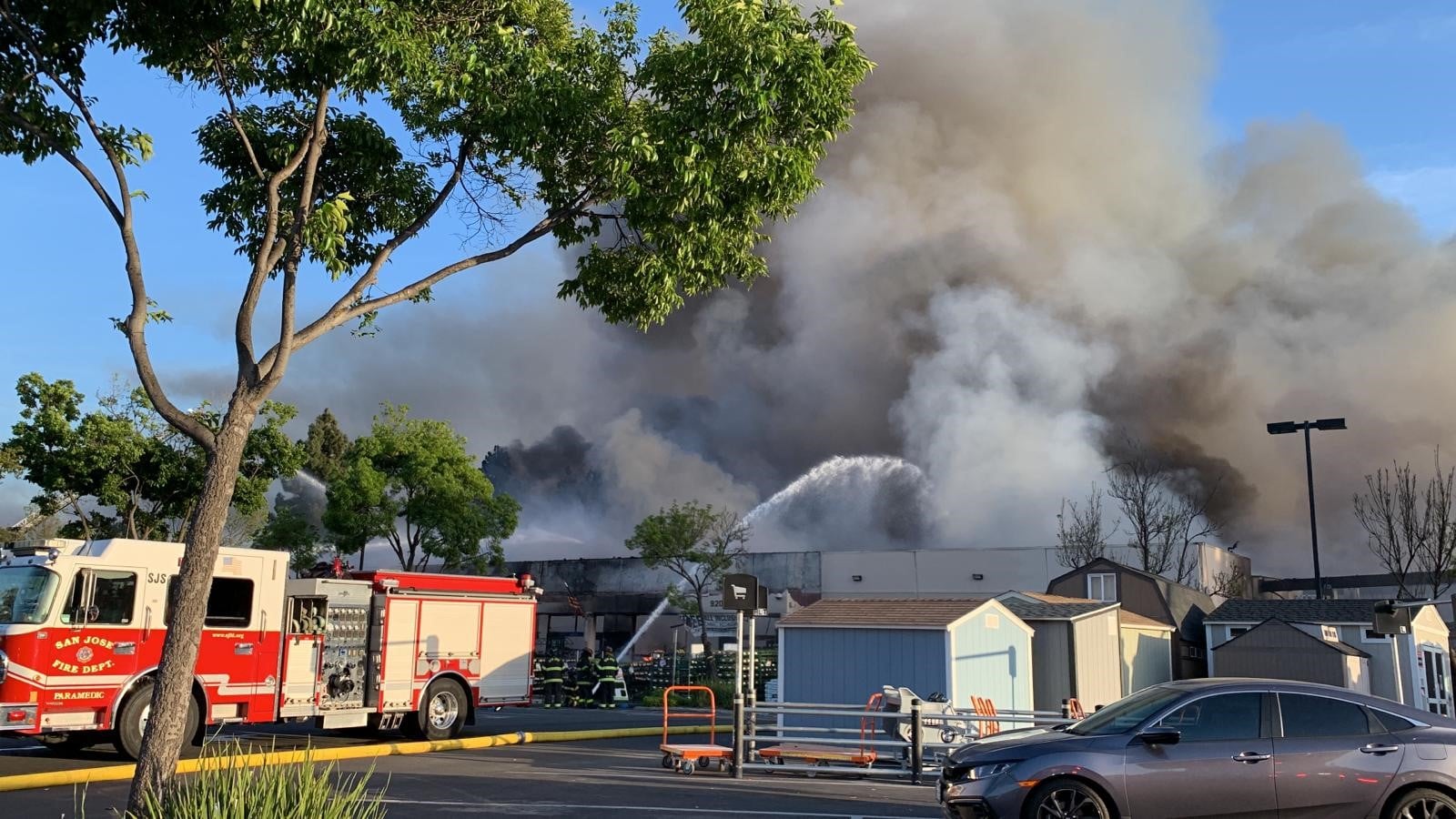 Another customer, Julia Locus, says she first heard announcements from workers on the store’s loudspeakers to evacuate before she heard any fire alarms. She also says the sprinklers never kicked on. “Within five minutes, I went from standing in the paint section to the entire building covered in smoke and flames. It was quite scary,” Locus told NBC Bay Area.

Home Depot employee Josh Thompson, who works in the lumber section, tells the Mercury News that he tried putting the first flames out with a fire extinguisher but the fire was spreading way too fast. He says he didn’t see any fire sprinklers in operation. “I know I didn’t get wet,” Thompson told the Mercury News.

NBC Bay Area reports that “San Jose fire said it appeared the sprinklers worked but added it’s possible that some of them may have been overwhelmed by the intense heat.” Other than that, San Jose Fire isn’t giving us any other insight into what happened with the alarms or the sprinklers. “We’re talking to the alarm company, the people who were there, and the witnesses to it. All of that will need to be looked at and that’ll be part of the investigation,” Ray said. Thankfully, no one was hurt.

It took the work of more than 100 firefighters to tame the flames, which also caused a shelter-in-place order for the surrounding area because of all the smoke. More than a dozen homes behind the store were evacuated but no other structures were damaged. The flames gutted the store and the building is a complete loss. It remains unclear what will happen next with that property.