What Walmart, Target And Home Depot Are Trying For Their Supply Chain Meltdowns 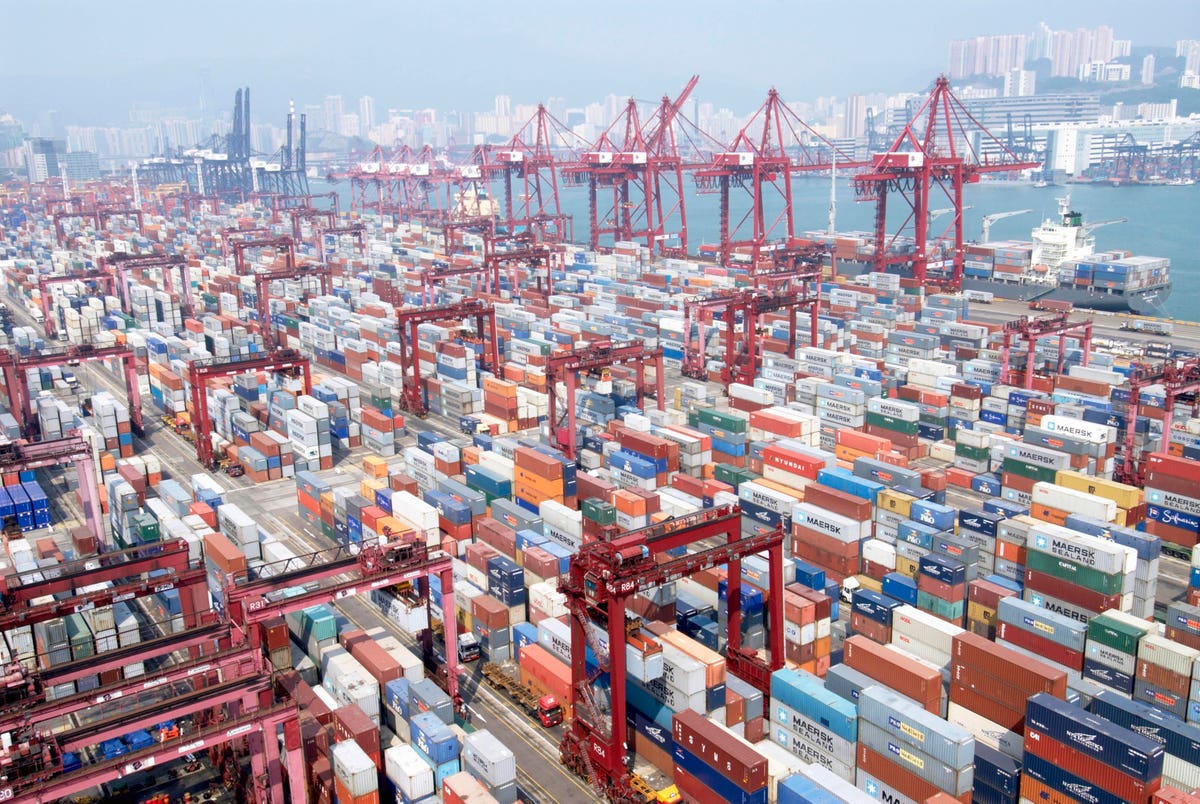 If the supply chain is broken, you better find a way to fix it because the problem is not going away anytime soon.

With the entire flow of getting goods from Asia into their stores turning into a logistical nightmare about to enter its second year with no end in sight, American retailers are increasingly looking for workaround solutions that will allow them to continue to put enough merchandise onto their shelves and into their distribution centers. The effort takes on even more meaning as we enter the critical fourth quarter when retailers do a disproportionate percentage of their sales.

The supply chain logjam – caused by overburdened ports, an under-capacity shipping vessel market, shortages in everything from containers to the labor needed to move them around and many overseas factories still not up to full speed with the surge in Delta-variant Covid this summer – is the gift that keeps on not giving.

This has caused retailers to adapt a variety of measures to deal with the problem. Some are loading up on inventory, ordering and carrying far more merchandise than they normally would. Others are taking the shipping logjam into their own hands, commandeering the ships themselves to control their flow of goods or flying in goods. Still others are looking to bring their sources of manufacturing back to this side of the Pacific, taking another look at resources in Mexico, Central and South America and even doing the numbers again on domestic production.

With no end in sight for this huge problem – the deadline for any relief keeps getting pushed back and realistically looks like it won’t be until sometime next year at best – creative solutions appear to be the name of the supply chain game right now.

Simply carrying more inventory is shaping up as perhaps the number one solution to anticipated shortages in goods due to the supply chain mess. The two biggest general merchandise retailers in America have each upped the amount of goods they are holding substantially: Walmart
by 20% and Target
by 26%. These are huge increases when you consider these retailers do hundreds of billions of dollars in sales annually and are generally holding a fair amount of inventory to begin with.

Much of those larger inventory levels is being driven by retailers simply over ordering. In releasing its financial results this week Nordstrom said it has been pulling orders forward to be able to obtain more merchandise, expanding lead times. This has resulted in it reporting a whopping 49% increase in its inventory level versus a year ago.

Of course, the downside of this strategy – and the reason less financially endowed companies can’t do this – is the cost of carrying all that inventory. It’s a serious chunk of change for these guys and while they can afford it – and the alternative of having empty shelves in the stores and DCs is not acceptable – it’s a cost that will have to get passed along somewhere. It’s part of the reason we’re seeing price increases on goods as these giant retailers ask consumers to help foot the bill. So far it’s working.

Buying The Means of Transportation

The general business model for getting goods from Point A to Point B has always been paying a third party to do the heavy lifting…both literally and figuratively. Ocean-going freight relies on shipping companies (fewer and fewer of them due to consolidation in the field over the past few years), while on land most retailers – save for Walmart and Amazon
– generally use third party trucking companies to move their goods.

Now, we’re seeing some breaks in that model. Home Depot
has apparently bought, or at least leased, a container ship and now come reports that Walmart is leasing hundreds or perhaps thousands of containers for their own use rather than sharing with their other retail friends. It’s a fascinating strategy that has many advantages, as long as demand continues to outstrip supply. If and when that balance levels off – or starts to go the other way – these companies will suddenly find themselves in the shipping, as well as the retail, business, a situation that may not suit them well.

Remember when Delta bought an energy company so it would have a steady, cost-effective supply of jet fuel? That worked fine…until oil prices plummeted. It has been trying to sell that refinery for years, will little luck according to published reports. Makes one wonder if the same fate will befall Home Depot and Walmart as the shipping crisis inevitably eases up.

And some retailers, including Nordstrom, say they are moving at least some of their overseas deliveries off the water completely, substituting air freight instead “strategically,” as the department store said. Obviously this works for smaller, lighter items but is not a realistic solution for larger products like furniture.

Moving to This Side of the Pacific

Even though Europe supplies some of the products Americans buy in bulk, most of it comes from Asia and most of that comes from China, which seems to be ground zero for logistical nightmares. For many retailers – and the suppliers who sell to them – there is no choice in where to manufacture. But what the ineffective Trump tariffs were unable to achieve the supply logjam may. Few companies left China over the past four years and those that did just moved operations elsewhere in Asia, usually to Vietnam, Bangladesh or Indonesia, among other places.

Today those alternative manufacturing nations are often facing the same shipping issues as China and in fact Vietnam, where many furniture producers relocated, may be having more issues than even China right now.

So, U.S. importers are having to rethink where they make their products and that search is leading them closer to home to Mexico, Central America, the Caribbean and even South America. Again, manufacturing in those areas is specialized and some products, such as electronics and CPG items like soap and household cleaners, can’t be practically sourced there.

But others products, like apparel and textiles can, as evidenced by the announcement this week that Steven Madden, the fashion footwear company, plans to move about half of its women’s production out of China to Mexico and Brazil for the fall season.

If anecdotal reports from within the trade are to be believed, they will not be alone: many companies have privately said over the past month or two that they were heading out to points south to trade shows and factory visits to try to find new resources to replace Asian suppliers. Given the long lead times involved in the giant orders needed to satisfy American retail appetites, that strategy may not be of immediate help but it could point the overall sourcing business in a new direction in the years ahead.

And with most people continuing to believe it’s going to take some time for the supply chain to get unclogged, many retailers and other importers all seem to be coming to the same conclusion: we better do something and we better get started doing it.