What people wish they knew before they started their first renovation 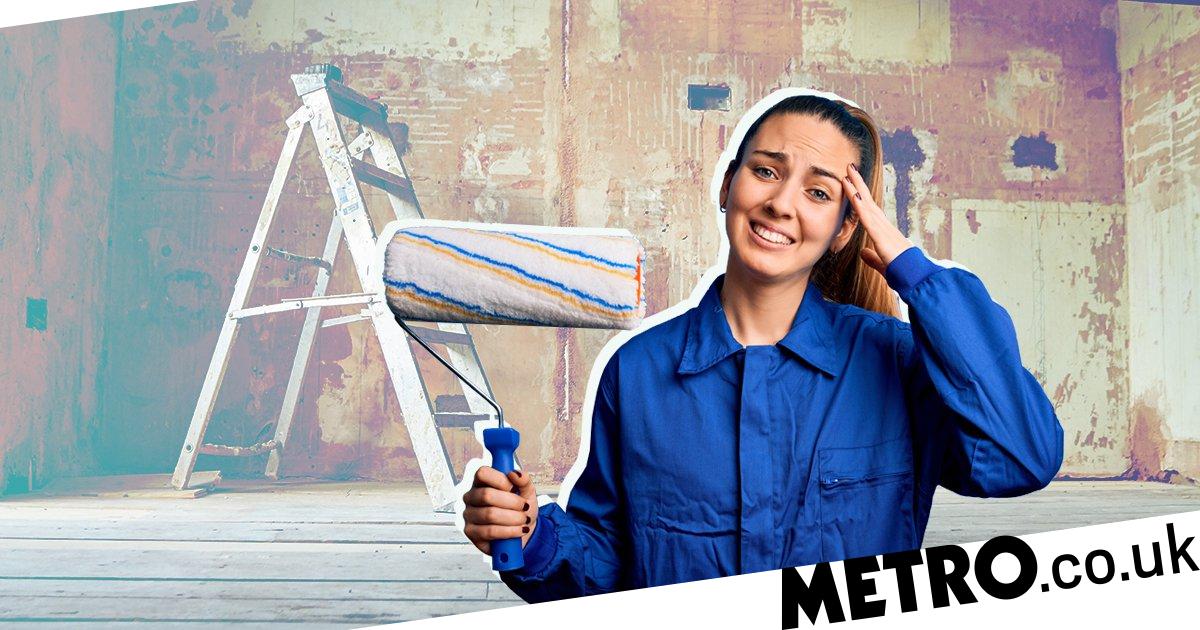 The idea of doing your own home renovation can be incredibly attractive.

Creating the perfect living space with everything exactly how you want it – what an opportunity. It’s also likely that you could add value to your property in the process.

However, the reality of doing a large-scale DIY project in your home if often quite different to the laughter-filled, paint-splattered cute montages we often see in the movies.

When it comes down to it, renovations are expensive, time-consuming and can be incredibly stressful.

The benefits can outweigh the hard work though, and many people are quick to say that when it was all complete, it was definitely worth it. But it’s important to go into these projects as prepared as humanly possible.

‘In June 2020, mid pandemic, we got the keys for our dream house,’ says Lesley Tischler, an elite netball coach who has spent the last few decades living in London.

She and her husband decided to move from Dulwich, south London, to a house in the rolling Chiltern countryside, which is a completely beautiful property with some historic features dating back to the 17th century.

‘Think oak beams with the plumbing and electrics to match,’ she says.

‘It was a big renovation, so we lived in the house for a while before we started to see if we had missed anything. Even though that period turned out to be a lot longer than anticipated because of shutdowns, availability of architects, builders, etc. we still weren’t as prepared as we had hoped.’

Now, with most of the biggest jobs close to completion, Lesley is sharing her top tips and the things she wishes she had known before they started:

Do your best to plan for setbacks

‘The focus of the renovation was converting the 1970s garage into a double height kitchen,’ says Lesley.

‘As soon as the prep work began, it became clear that the existing foundation wouldn’t get anywhere near current building regulations.

‘I wish we had put more money in exploratory work – digging test holes, drilling the architect into more detail (they really love bigger pictures) and more “what if” thinking.’

She says it’s important to put time and effort into understanding the detail of the project, but accept that you can’t plan for everything.

‘The plumbing was failing, so we had to renew everything,’ says Lesley. ‘What I didn’t realise was the actual detail I needed to go into to bring the vision into reality.’

They ended up making life-size mock ups of the bath to make sure it would fit, and then they had to get a different bath altogether because of the risk of overloading the beams when it was full.

‘These are all things I wished we had considered earlier in the renovation before looking at installations that weren’t going to be possible for the project,’ she adds.

Don’t save pennies to then have to spend pounds later

This tip is all about long-term thinking when it comes to your finances.

‘The cost of plastering over walls that took a battering during the project was oppressive,’ says Lesley. ‘Looking back, I wish we had just got them re-plastered at the time – the effort and cost of “making good” has been a real financial journey.’

Understand that estimates are not fixed prices

This is why budgeting for big renovation works is so important.

‘Getting a “fixed” quote means the supplier has really done their research and then can’t up the price once they start,’ says Lesley. ‘Everything that wasn’t in our original tender contract ended costing us a lot more.’

Lesley says that when overseeing a project it’s vital to be empowered to look into things yourself and really know what’s going on.

‘Don’t rely on professionals,’ she says. ‘Take time to understand the regulations or at least check and challenge as the project progresses.

‘Having now finished our structural work, we’re dealing with issues that should have been signed off on the way and not left until the end – for example proof that the right insulation was used.

Don’t get hung up on individual decisions

‘Research it, make it and move on, otherwise you’ll get decision making paralysis and end up overthinking and not get anywhere,’ says Lesley.

‘Accept there will be some misjudgments and hope they are relatively small.’

Know the ceiling valuation of your property

This is particularly important if part of the reason for your renovation is to increase the value of your home.

‘We rang up the estate agent that sold us the house part way through and were told we had hit the ceiling for our property value,’ says Lesley. ‘As this is our forever ever ever home, we carried on – but that might not be OK for everyone.’

Communicate with your neighbours

‘Don’t piss them off before you’ve moved in,’ Lesley suggests.

‘Right at the start the builders blocked our road to have some concrete poured. Mid-pour, an ambulance roared around the corner on a call to a home accessible only by the road we were blocking.

‘I wish we had taken more time to communicate with our neighbours – not that it would have changed the scenario, but I wouldn’t have felt so bad.

‘Shortly afterwards there was an opportunity to take on the delivery of the local parish magazine and get to meet those living around us. As a result I created a WhatsApp group so I could let them know when the next lot of concrete was being poured. The neighbour was OK, but the delay in getting care wasn’t ideal.’

Living on site is a curse and a blessing

This point really depends on how long the renovations may take, and the extent of the work being done.

If you have the option to stay elsewhere while key facilities (bathroom and kitchen) are out of action, that might be a big help.

‘Whilst you can respond to questions, challenges and make quick decisions when you are on site, you just don’t get time off,’ says Lesley.

‘Added to the fact we couldn’t get away on holiday because of the restrictions at time, it was challenging.’

Lesley says this can take much longer than you think – particularly for large areas.

‘Four months on from the builders leaving we’ve still not painted most of it and what we have is cracking where it’s settling in,’ she says.

‘One thing we did do well was communicate with each other.

‘We both got stressed, but luckily at different times over different things which meant we could lean on each other.

We took time to understand each other’s vision and red lines so we could work out when and how to compromise.

‘My husband is much more technical whereas I am much more about how it would look and didn’t want a detailed report.’

Kat Molesworth, a producer of the International Women’s Podcast Festival, renovated her home in 2020. She says one of the biggest lessons she learnt was about how quickly costs can spiral.

Here are the things she wishes she had known before starting the project:

Get a custom contract drawn up

‘We used our builder’s contract, which worked well for the most part but did not deal with what happens if they don’t complete works,’ says Kat.

She adds that it also didn’t cover any additional work carried out that wasn’t in the original quote. So taking the time to get your own contract drawn up can make a real difference.

Kat says it’s really easy for costs to spiral mid-build, so it’s important to nail down what you want and when it will be available.

‘If you have storage, buy what you can in advance so it’s ready to go when the team need it,’ she says.

‘Some items have painfully long lead times – the only taps that fit my sink are made to order in Italy in a factory that shuts down in August which added a lot of extra waiting when we ordered in July.’

‘Brexit and the pandemic are affecting supplies of building materials,’ warns Kat.

‘Make sure your contractor is sourcing things ahead of time or it could shut down your build for weeks.’

They will damage other parts of your house/garden

Despite best efforts, Kat says that the nature of building works will inevitably knock your house about.

‘Make sure that putting right any damage is in your contract and that they know what they can and can’t do to your garden,’ she says. ‘I’m still annoyed that my builders dug out and binned the rose from my wedding bouquet because it was in their way.’

You have to be on site and discussing every element

‘We lucked out in being able to rent on our street during the renovation so we could work closely with the team,’ says Kat.

‘You need to be on top of everything happening and take lots of photos especially of structural work. It’s a lot easier to refer to images than have to take down plaster.’

Get in touch by emailing [email protected]


MORE : How to make your own DIY side table

Get all the need-to-know property news, features and advice from Metro every week.