What is a South African Krugerrand found at Debbie’s house? ‘Everything But The House’ premiere heaps up on antiques 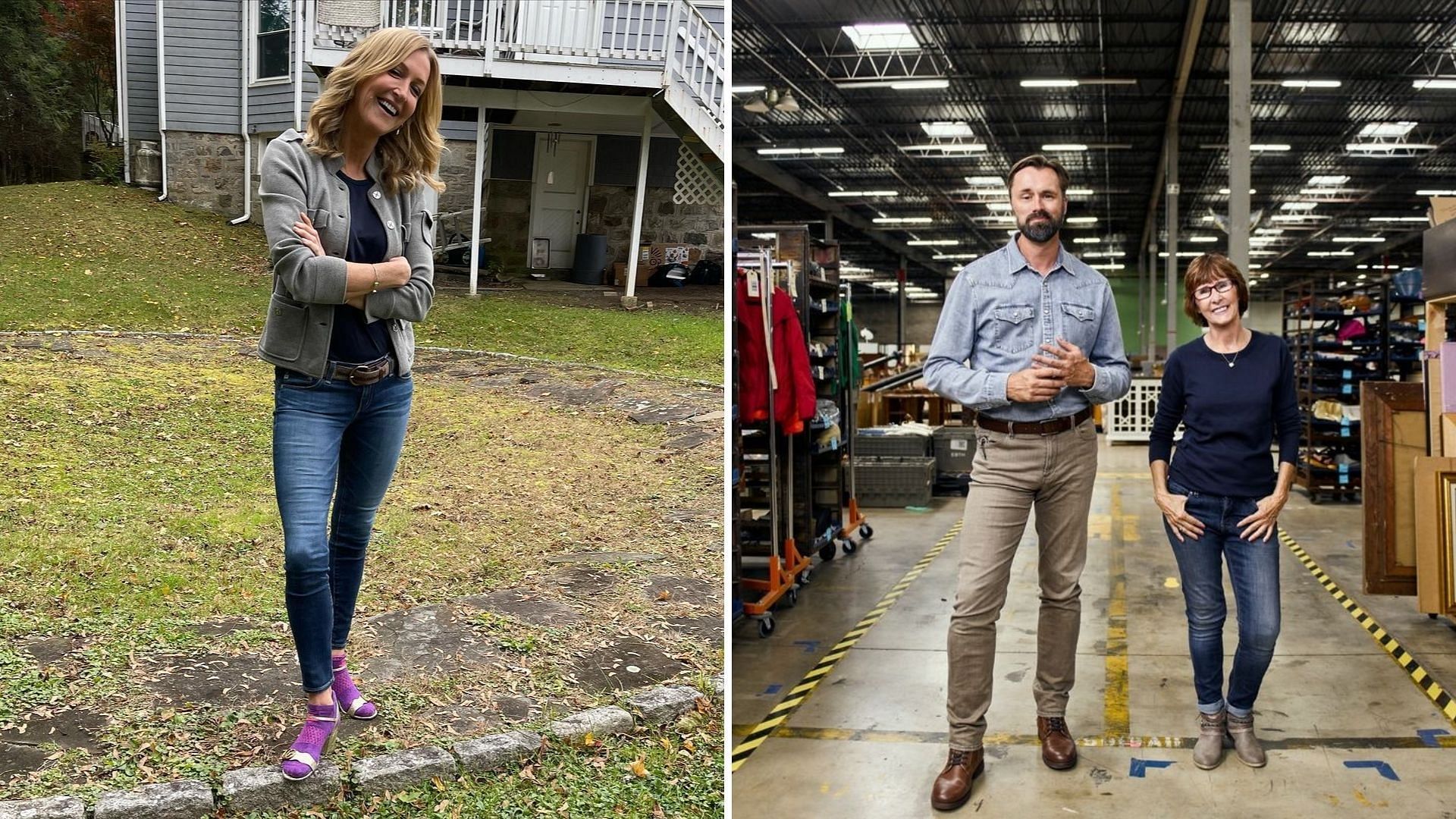 HGTV’s show Everything But The House premiered on Saturday, May 28, 2022, at 9.00 p.m. ET with returning host Lara Spencer. This series is different from the conventional home renovation shows, which is evident from the title because it focuses on the valuables inside people’s houses that can be sold.

Lara Spencer, the host of Good Morning America, will return as the host after HGTV’s Market Flip. Along with her team, she will be undertaking the task of finding houses that can potentially hold the treasure of valuables or antiques that can be sold. According to her, “junk can be worth its weight in gold.”

The official synopsis of the show reads:

“During each episode, the team will hunt each home for potentially valuable items, anything from vintage clothing and sports memorabilia to antique furniture and kitschy keepsakes, to list in live and online auctions. However, there is one catch–to attract eager buyers– the team will begin the bidding at just one dollar.”

What is a Krugerrand on Everything But The House premiere?

Debbie wanted to sell off her late husband’s valuables in the premiere episode. He was an avid traveler, and the couple was married for 40 years before he passed away. It was only evident from her items in the house that the items would go for a high value.

Among the items that host Lara Spencer and her team found were South African Krugerrand. These are gold coins that the Republic of South Africa minted in 1967 to help promote the country’s gold to international markets and make it valuable for an individual to use.

Krugerrands is one of the most frequently traded gold coins globally. The face of the coins bears the image of Paul Kruger, who was president of the South African Republic from 1883 to 1900. The name of the coins comes from combining Paul Kruger’s surname with “rand,” South Africa’s national currency.

The flip side of the coins portrays a galloping Springbok antelope, which is one of South Africa’s national symbols. In 1970, the country was the largest gold producer globally, with more than 75% of the world’s gold reserves to its name. Throughout that period, Kruggerand became the leading choice for gold investors.

A look back on HGTV’s Everything But The House premiere

In the premiere episode of Everything But The House, Spencer and her team work with Debbie, a single mother who wishes to increase her savings before retiring. Keeping a budget of $15-20,000, she asked for Spencer’s help to find meaningful and valuable items from her home and successfully sell them all in the auction.

On Everything But The House, Debbie wanted to sell items her late husband had brought from his travels. Keeping in mind the end goal, the mother offered the team many antiques, including porcelain figurines, decorative sculptures, and beautiful purses, all worth putting up for a good auction. It also had antique musical boxes and instruments from when her husband’s sister went to Julliard, some copper utensils, and a Louis Vuitton bag.

The official synopsis of the episode reads:

“A woman’s home is crammed to the brim with the collections she inherited from both her parents and late husband; Lara and her team arrive to rescue her from this overwhelming burden and find enough cash to fund a family trip in the process.”

Everything But The House also saw Jacquie Denny, co-founder of the estate sale and auction website EverythingButTheHouse.com, assist Lara Spencer and her team of experts in finding antiques and selling them at a good price. However, all the prices start at $1.

The auctions were held online and offline on Everything But The House. While Debbie and her family could monitor the latter. Spencer kept them constantly updated on the former. Her copper pans, lucky gold charms, and antique saxophone made it $4-5K each. By the end of the auction, the family had made $69,928, much higher than their original estimate and more than enough for a family vacation.

The ten-episode series will feature the team looking for house junk that could be worth selling at an auction. Leveraging her experience as the Market Flip host, Spencer will work with a team of expert appraisers to help homeowners clear out their spaces and make money from the clutter.

Tune in to Everything But The House next week on HGTV.