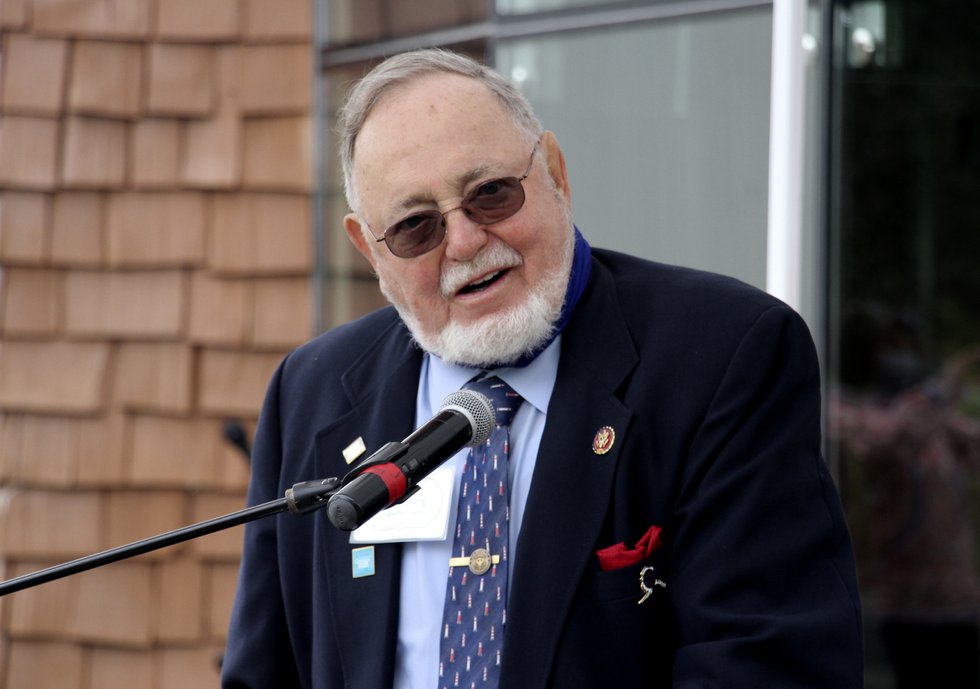 WASHINGTON (AP) — Tugboat captain, teacher, gold prospector and longest-serving Republican in the history of the House, the late Rep. Don Young is being remembered for all of that and more as the country pays its respects to the only congressman Alaska has had for nearly a half-century.

Young died on a flight to Alaska earlier this month. He was 88. Former colleagues will honor him at midday Tuesday as he joins the select few chosen to lie in state at the Capitol. President Joe Biden is expected to pay his respects in the afternoon.

Young was first elected to the House in 1973. That year, he helped secure the Trans-Alaska Pipeline, which transports crude oil from the north slope of Alaska to the state’s southern coast and provides a critical source of funding for the state’s government and its residents. He also played a leading role in protecting Alaska’s fisheries from unregulated foreign fleets, dramatically extending U.S. jurisdiction to 200 nautical miles.

While his legislative accomplishments were significant, he is also remembered for a personality that could be as rough as the Alaska tundra that helped shape his political views.

“He was colorful — as colorful as they come. He could be tough; he could be gruff; he could be very feisty, but he was also warm, engaging. He was charming, but, most of all, he was passionate,” Sen. Lisa Murkowski, R-Alaska, said from the Senate floor last week.

Young had some close races, but many were landslides. He won his latest reelection bid with 54.4% of the vote and was intent on winning reelection this November to a 26th term.

“Alaskans have been generous with their support for me because they know I get the job done,” he said in 2016. “I’ll defend my state to the dying breath, and I will always do that and they know that.”

Young’s tenure in Congress coincided with that of 10 presidents. Sen. Dan Sullivan, R-Alaska, recalled that George H.W. Bush called Young “Moose” and they played racquetball often. Young had Dungeness crab flown in to eat with President George W. Bush. And during one visit to the Clinton White House, the president urged Young to stay, but Young said he would need a hall pass.

“So he got a handwritten note from President Clinton, writing to the speaker of the House: ‘Dear Mr. Speaker. Please excuse Don Young from voting tonight. We are having cigars at the White House,’” Sullivan recalled.

On the legislative front, Young was adamant about developing more of Alaska’s natural resources, such as oil, gas and timber, and he was often at odds with conservationists and environmental groups concerned about the harm such development could do to the environment.

He also worked to steer as many federal dollars as he could to the state. On that front, he was one of the few Republicans in the House to vote for the bipartisan infrastructure plan last year that called for $550 billion in new spending on roads, bridges, airports and rail over five years.

Young’s work included advocating for what some derided as the “bridge to nowhere,” a project that became a national symbol of federal pork-barrel spending. The funding for the project was later rescinded and the project was eventually scrapped. But the controversy over the project helped fuel a decade-long ban on congressional earmarks.

Young’s rough edges could lead him into trouble. He once waved a walrus penis bone at the new female leader of the U.S. Fish and Wildlife Service during a committee hearing. He was forced to apologize to Fairbanks high school students for his use of vulgarity in describing a sex act, and when he used a racial slur to refer to Hispanic migrant workers in a radio interview.

The House Ethics Committee rebuked Young in 2014 for improperly converting campaign funds for personal use and for accepting impermissible gifts.

When Young became the longest-serving member of the House, in late 2017, the Fairbanks Daily News-Miner remembered many of his steps and missteps in an editorial, “What to make of Rep. Young’s career.”

“Rep. Young’s brash language has landed him in hot water on multiple occasions as well. Even so, there is no denying Rep. Young has done great things for Alaska,” the paper concluded. “Whether he retires next year or in five years, his decades-long career gives us plenty to chew on when we think of his time in office.”