Warehouse 31 brings the thrills and the chills – Shelby County Reporter 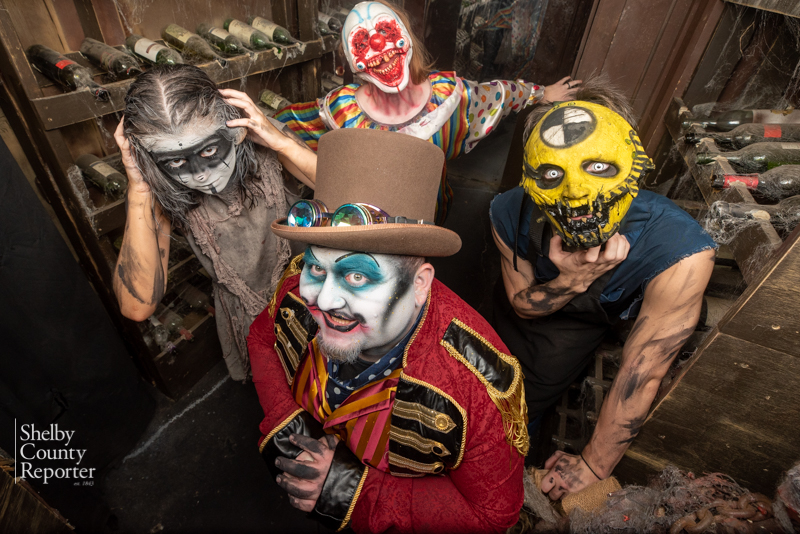 PELHAM – It’s Saturday night at around 7 p.m. at Warehouse 31, and even though the doors aren’t open yet, there’s a huge crowd of people ready for the frightening experience that awaits them.

This is business as usual for the haunted house. Since it started in Pelham in 2013, people have driven from all parts of Shelby and even Jefferson County to experience the best scares in the state.

Owner Jason Sills said even during the pandemic they received an impressive crowd.

“Believe it or not 2020 was one of our best years yet,” Sills said. “People were ready to get out of the house and get back into it.”

Warehouse 31 begins its season in late September, and continues every weekend throughout the Halloween season. The thrills don’t stop there, however, they also hold a “Bloody Valentine” weekend for Valentine’s Day so couples can spend the most romantic night of the year getting scared. Sills said the average age group that attends is usually around 22 or 23-years-old, but everyone from groups of teenagers to families love to come out and have a good time.

To ensure the quality of the house stays at maximum spookiness, Sills does a run-through every night with various groups to make sure everything is as it should be.

Without giving too much away, guests are invited to walk through the haunted house while experiencing impressive light displays, character acting and even some rather spooky obstacles to walk through. There is a full cast of actors who are skilled to provide the most thrilling experience possible. One such actor is a woman who goes by the character name “Mother Haunt,” who said she has been part of the Warehouse 31 family for seven seasons now.

The duration of the haunted house, Jason said, can be anywhere from 20 to 30 minutes, but really depends on who you’re going with.

“It depends on who you’re with and how fast the people in front of you are going,” he said. “Last night I was with a group, and the group in front of us was going at a snail’s pace.”

All members of the Warehouse 31 family encourage those who go through the house to take their time, as a lot of time and effort has been put into the showcase.

“We call the groups who just rush through everything the ‘jack-rabbit groups,’” said Mother Haunt. “They just run right through, and really don’t get to appreciate everything happening.”

Guests afraid of being touched are in luck: Warehouse 31 does not allow actors to touch patrons or patrons to touch actors.

“We have a creative team that brainstorms ideas,” said Sills. “It’s too big to just overhaul it every year, so we pick out a handful of scenes that we’ll redesign and add different props and things like that.”

Throughout the evening as groups are waiting to be called for their turn, attendees are welcome to take part in “Scary-oke” and sing their fears away. There’s also various local food trucks, and those who aren’t willing to sing in “Scary-oke” can play cornhole. At the end of the haunted house, guests can grab a copy of their photo, which is taken before entering the house.

Warehouse 31 runs every Friday, Saturday and Sunday from 7 p.m. – midnight, with more dates added as it gets closer to Halloween. Tickets are available online at Warehouse31.com and also at the door, and for extra spooky content, follow Warehouse 31 on TikTok: thewarehouse31. They would like to remind everyone that due to flashing lights, enclosed spaces and jump scares, Warehouse 31 may not be for those who are pregnant, have heart conditions or suffer from intense claustrophobia or anxiety.

Warehouse 31 brings the thrills and the chills