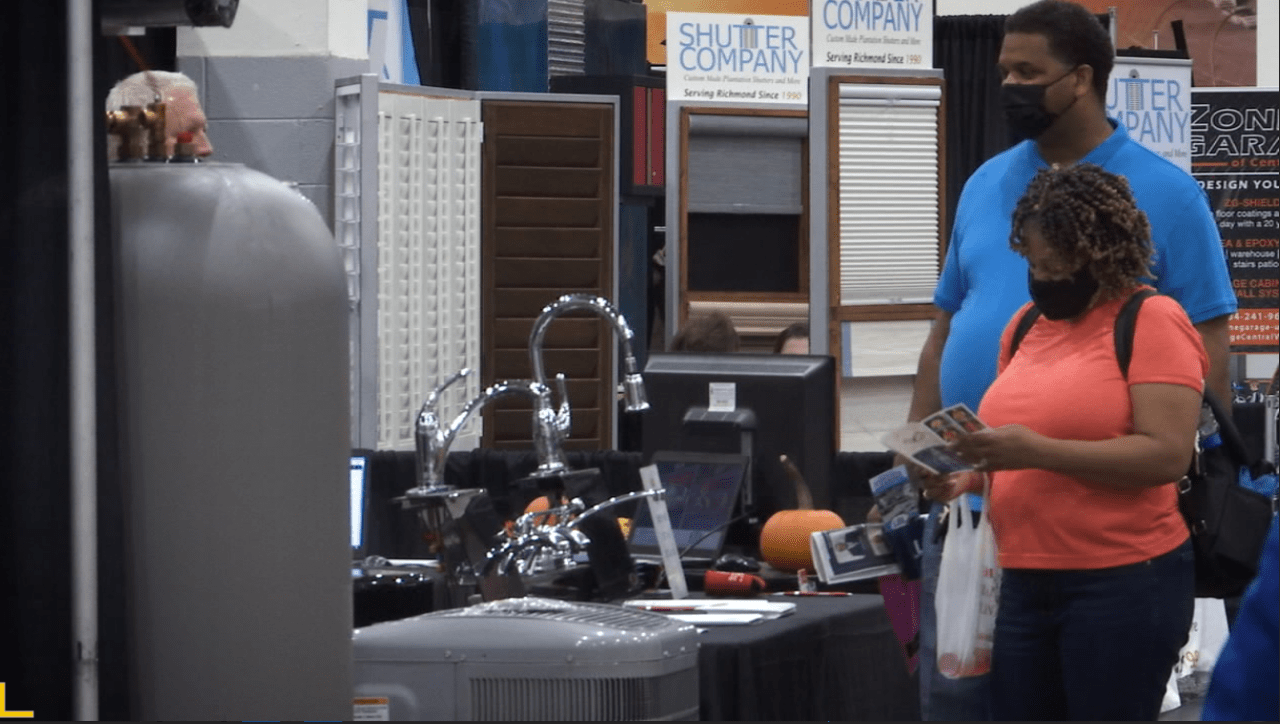 HENRICO COUNTY, Va. (WRIC) — The pandemic isn’t over, and neither is the surge in home improvements or the material and worker shortages companies are still facing.

8News spoke with several home improvement experts during the Richmond Home Show at the Richmond Raceway on Sunday. They said they’re still seeing an increase in customers despite people leaving their homes or going back to work for the first time in over a year.

“We’ve seen an uptick in business. A lot of people working from home, kind of looking around and fixing things that they may have put off a little bit beforehand, you know, because they’re dealing with it all day. We’ve seen a lot of people transforming garages and third floor spaces into home offices. We’ve been adding some air conditioning and many split products to those places,” Gauvin said.

A release sent out by the Richmond Home Show said the U.S. housing market is “on fire,” referencing that Forbes magazine named metro Richmond one of its ‘Top Housing Markets to Watch in 2021.’

Gauvin said his company doesn’t typically install plumbing or HVAC systems into new homes but said they help out with a lot of new commercial construction. He said that the market is still going very strong.

He also said service repairs, replacements, renovations, remodels and additions are all “going through the roof” as far as business.

“For the time being, it seems like the economy is strong and hopefully it will stay this way, although it looks like there are a couple of challenging factors ahead of us,” he said.

Rachel Milligan, owner of Milligan Custom Cabinetry, based out of Drakes Branch, Virginia, said they’ve had to get creative to be able to deal with the supply chain shortage. She said they’ve had to offer customers different options when they’ve run into long delays with some cabinets.

“I thought it was over, yeah. I did. But, you know, a lot of big companies still aren’t bringing their employees back to the office, so people are still working at home, they’re still seeing those little things that have bothered them for years like their gutters, or their roof, so it’s just a matter of like, okay, let’s get that done. And so, the work is still there for us,” he said.

At the beginning of the pandemic, Lindberg said he was “really concerned” and “just didn’t know what was going to happen” to his business.

Now, he said things are coming back to where it’s getting “a lot better,” but they’re working through a backlog of materials after getting them in all at once.