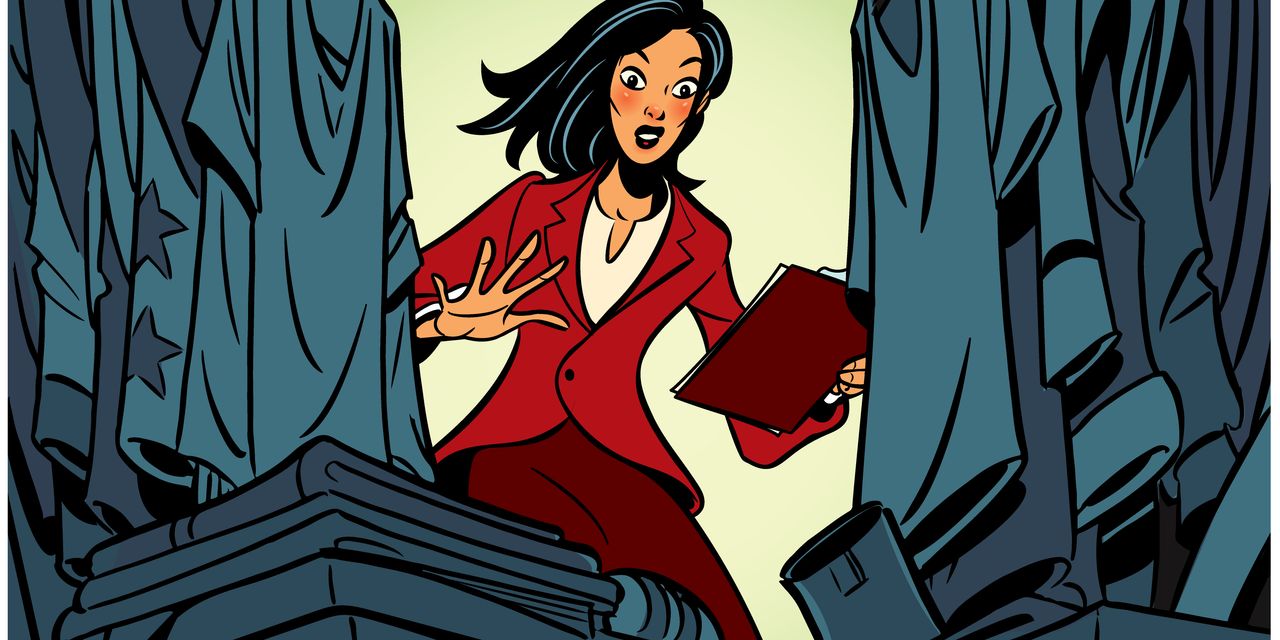 I had a listing for a condo in a gorgeous high-rise in Pelican Bay, a concierge building overlooking the Gulf of Mexico. The owners were a young couple and they didn’t use the condo very much. He was a trader on Wall Street. I knew his parents. I had it on the market for a while, so I was thrilled to get a showing in September, which is usually a very slow month.

I went up in the elevator before the agent came with her clients. I made sure all the lights were on, I opened the doors to the lanai to capture the breeze—the whole bit. When I got to the guest bedroom, the bed was unmade and there were men’s clothes on the floor.  The apartment had been vacant. You can’t get in that building very easily, you have to go through security and they take your picture. I was just looking at the clothes and trying to make sense of it when I got a call that the agent and her clients were on their way up in the elevator.

I made the bed and swooped up all the clothes and looked for a place to get rid of them before they arrived. There was a small closet with a sliding door. I slid open the door, and there was this man standing there, stark naked. It’s not a walk-in closet, it’s only two feet deep. He was standing straight as a stick, pardon the pun.

I shoved the clothes in his arms and closed the door. Neither of us said a word. The doorbell rang and the agent and her clients came in. I did my usual sales pitch on Pelican Bay. I’m showing them the wonderful view and the updated amenities and the appliances. When it was time to show them the guest bedroom, I sidled over in front of the closet and just stood there. Opposite the closet was a window overlooking the Gulf. I said, “Wow! Just turn around and look at this view. Wouldn’t you love to come home to this?”

I got away with it. After they left, I turned out all the lights and locked the door. I never spoke to the man. Later, I remembered that the parents had another son, who wasn’t as successful as the Wall Street trader. He had probably had a very long night and was crashing at his brother’s place. I never mentioned it to the owners or to the parents. What purpose would it serve? It was just one of those things.

I was previewing a two-bedroom apartment in a luxury condo building by Central Park for this overseas customer. I picked up the key from the doorman. Usually, I ring the bell before I preview an apartment, but I was told that the owners didn’t live there. When I went inside I heard something. I did get a little scared. Nobody was supposed to be in the apartment.

It was a big apartment, more than 1,400 square feet. I started taking pictures. I went into the bedroom. I didn’t hear anything. I opened the closet to take a picture of it, and there was a woman. She was scrunched down in the closet, kind of like she was hiding. I screamed, she screamed.

I said, “I’ve gotta go,” and I ran. I have no idea what she looked like because I was scared, literally shaking, like, “Let me get out of here!”

It turns out she was the cleaning lady. She wasn’t told that I would be coming and she was terrified. The listing agent was very apologetic. I didn’t finish previewing the apartment, but I knew it wasn’t right for my client anyway. The view was terrible and he was a view guy.

It wasn’t the first time something like this has happened to me. The first time, I was previewing a rental and no one was supposed to be in the apartment. I rang the bell—nothing. Just as I’m pushing open the door,  I hear someone shouting, “Coming!” A guy came running out of the shower in a towel, and in his running, he accidentally dropped it.

I didn’t stick around to see what was under the towel.

Now when keys are left for me, I’m knocking, I’m ringing the bell. And I wait. If this happened twice, I fully expect it will happen again. These things come in threes.