THE GRAND ANNOUNCES COMPLETE RENOVATION OF THE PLAYHOUSE ON RODNEY SQUARE 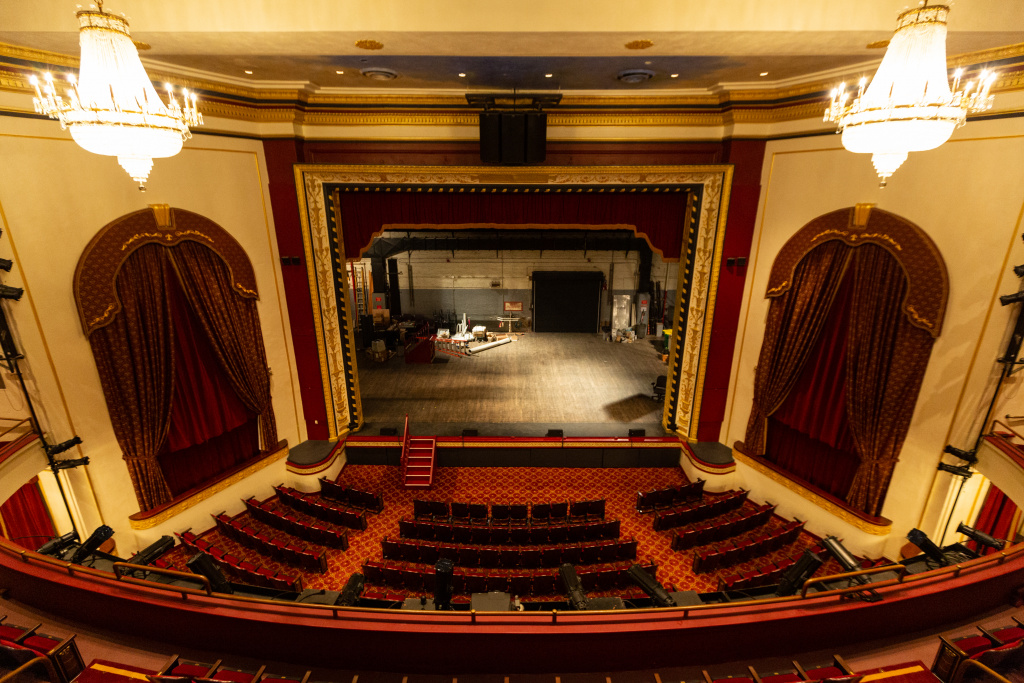 WILMINGTON, DE – October 28, 2021 – Thanks to the immense generosity of Tatiana and Gerret Copeland, The Playhouse on Rodney Square has undergone a complete renovation during its extended closure of indoor performances.

The 108-year-old Broadway style touring house is famously known for having been built by 100 men in 150 working days and at one point held the distinction as having one of the largest singular steel beams ever made to top off the proscenium arch.  The Playhouse also holds the distinction of being the country’s longest continuously operating Broadway touring house (pre-COVID).  Famous names such as Julie Andrews, Bette Davis, Fred Astaire, Carol Channing, Christopher Plummer, Abby Wambach, and Sutton Foster have all graced its stage.

“We are honored to have stewarded the restoration of such a historic cultural asset in Wilmington,” says Executive Director Mark Fields.  “As The Grand’s sister theater, these treasured community gathering spaces are important for the artistic soul of the City. The extended closure caused by the pandemic provided us a unique, once-in-a-lifetime opportunity to completely renovate and redesign portions of the theater.”

–       A new loading dock door, which will allow The Grand to attract larger Broadway touring shows

In tandem with these improvements, the Buccini/Pollin Group has also been hard at work reimagining the Dupont Building with more amenities to enhance visits to the building.  Ongoing improvements will include new corridor lighting and signage package that will guide building visitors to its many attractions, most notably The Playhouse.  Recently completed phasing includes a new bar and seating lounge adjacent to The Playhouse entry, which will now be used for theater concessions, and of course the new Currie Salon, Le Cavalier at The Green Room, and De.Co food hall as options to expand your theatre going experience with some pampering or dining.

“For more than a century, The Playhouse on Rodney Square has entertained Delaware with a parade of Hollywood stars, illustrious Broadway musicals, and famous speakers. But in recent years, the physical appearance of the theater didn’t complement the magic happening on its stage,” says Tatiana Copeland.  “Gerret and I are pleased to have provided the gift for The Grand to refresh and brighten the Playhouse during this period of extended closure. This gift not only benefits The Grand, but also the audiences that enjoy performances there.  We invite the community to come join us at the newly restored and beautiful Playhouse when it reopens in the fall of 2021.” 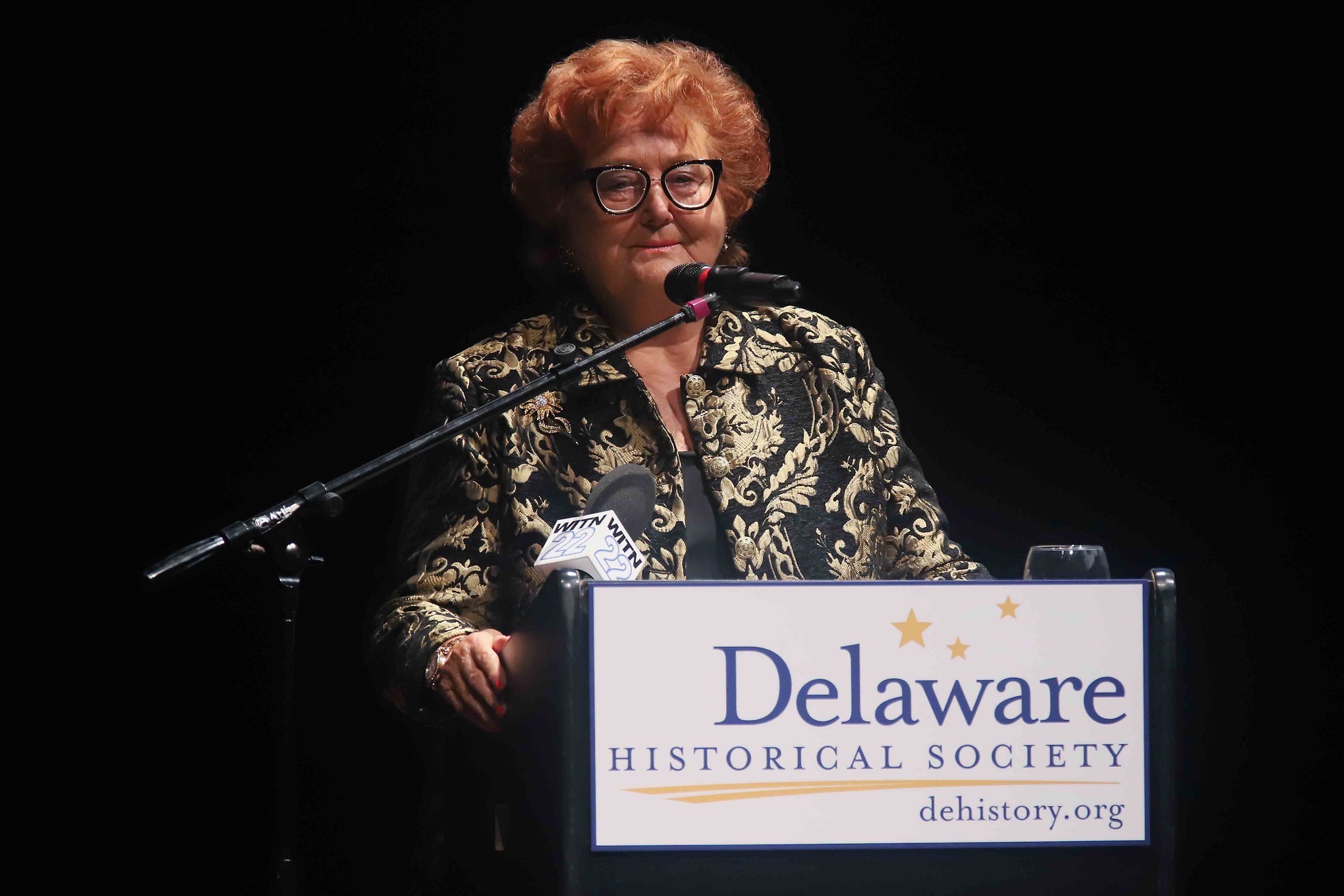 Tatiana Copeland gives remarks during the Delaware History Makers Awards ceremony Tuesday, May. 07, 2019, at The Queen, in Wilmington Delaware. Photo By Saquan Stimpson

“The Grand’s renovation of the historic Playhouse on Rodney Square coincides with BPG’s ongoing renovation of the Dupont Building,” commented Chris Buccini, Co-President of The Buccini/Pollin Group. “It is another visual representation of our partnership with The Grand and both organizations’ commitment to Wilmington’s ongoing renaissance. The Playhouse’s re-opening times perfectly with the ground floor renovations of the Hotel Du Pont lobby, Le Cavalier at the Green Room, the office lobby for the Chemours headquarters and the M&T Bank Branch, as well as the opening of Currie Salon and Spa, the apartments at 101 dupont place, and DECO food hall. In all, nearly 50,000 SF and $15 million of renovations were completed during COVID alone to welcome back the community to heart of downtown Wilmington.” 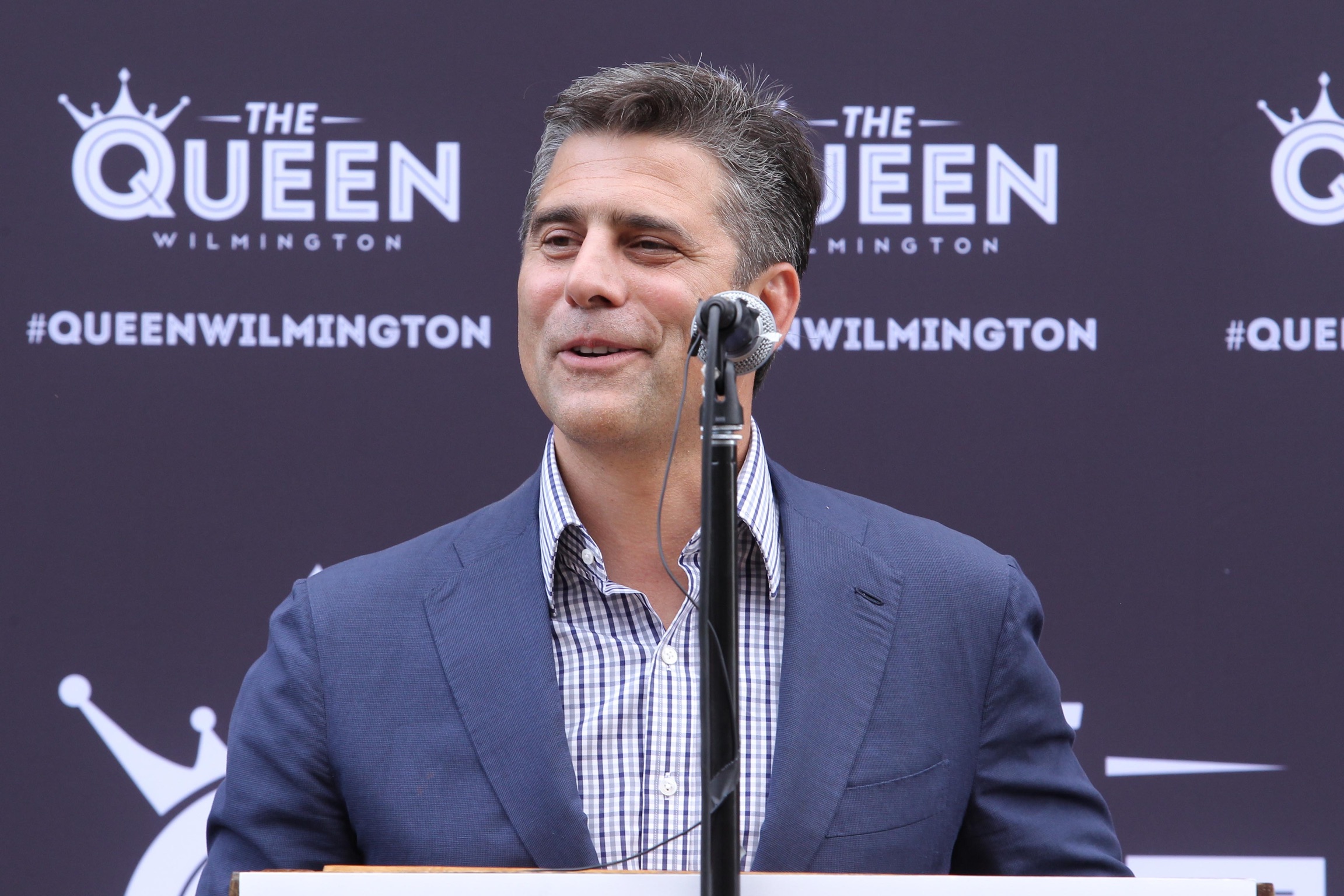 File Photo: Chris Buccini addresses the audience during the changing of the guard as live nation takes over The Queen Theater Wednesday, June 14, 2017, on Market Street in downtown Wilmington Delaware. Photo By Saquan Stimpson

The Playhouse on Rodney Square will be welcoming four Broadway musicals during its 2021-2022 season.  The season will open in November with Sara Bareilles’ WAITRESS, followed by the jukebox musical SUMMER (featuring the music of disco’s favorite Donna Summer) in December, then 25th Anniversary Tour of RIVERDANCE in April, and closing with FIDDLER ON THE ROOF next June.  Shows may continue to be added throughout the year.  Subscriptions can be purchased by calling 302-652-5577.  Subscribers enjoy dedicated seats, 20{49352ce17ba8b8c977b46090d4022735cbbf9c8d2a96e7181f87be9b36a1fd69} off single ticket pricing, free parking, discounted dining, and exchange privileges.

Celebrating 150 years in December 2021, The Grand has been one of the region’s premier performing arts presenters, offering music, dance, comedy, and family-focused programming, along with the best of touring Broadway. The organization is a 501(c)3 non-profit arts organization and operates three venues on Wilmington’s Market Street arts corridor (Copeland Hall, the baby grand, and The Playhouse on Rodney Square).

The opulent and historic Grand Opera House has been a landmark for the residents of Wilmington and the surrounding region for 150 years. Opened in 1871 as a home for the Grand Lodge of the Masons, The Grand played host to thousands of renowned entertainers and performing artists over the years, including Ethel Barrymore, Buffalo Bill Cody, John Philip Sousa, political cartoonist Thomas Nast, and the Jubilee Singers of Fisk University. Reopened in 1973 after falling into disrepair in 1960s, the current organization has had artists such as Sarah McLachlan, Willie Nelson, The White Stripes, Trey Anastasio, Wanda Sykes, Sinbad, Lewis Black, Ron White, Lisa Lampanelli, Pete Davidson, and more grace their stages.

THE GRAND ANNOUNCES COMPLETE RENOVATION OF THE PLAYHOUSE ON RODNEY SQUARE