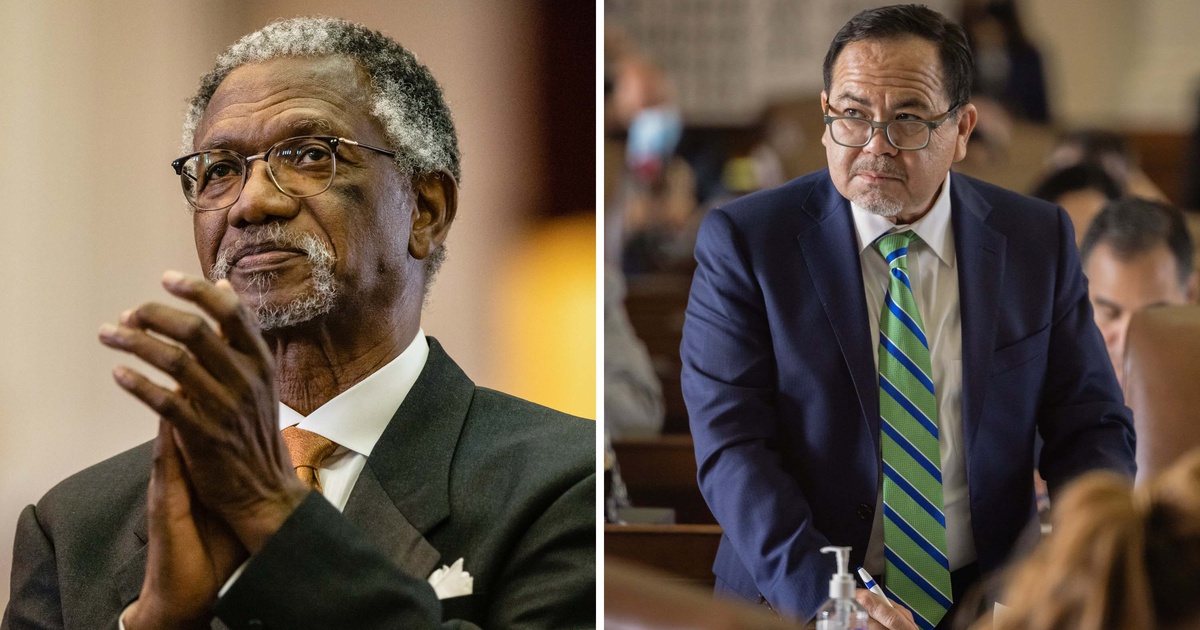 Sign up for The Brief, our daily newsletter that keeps readers up to speed on the most essential Texas news.

A new coalition that wants to install “better” Democrats in the Texas Legislature is endorsing primary opponents to two House members who were central in intraparty disputes last year.

The Texans for Better Democrats Coalition is throwing its weight behind Candis Houston, who is running against Rep. Harold Dutton of Houston, and Rep. Claudia Ordaz Perez, who is competing against Rep. Art Fierro after she was drawn her out of her El Paso district during redistricting.

The Democratic group is also endorsing Harris County Judge Lina Hidalgo in her reelection bid as she faces a group of primary challengers including Erica Davis, the top staffer for a Harris County constable.

The coalition launched in October, and it is made up of three progressive groups tied to organized labor: the Texas Organizing Project, Communications Workers of America and Working Families Party. They are prepared to spend about $250,000 across the three primaries, funding field and mail programs in each one, said Pedro Lira, co-director of the Texas WFP.

The battles within the party come after a year of contentious legislative sessions in which GOP leaders pushed the state firmly to the right — and Democrats sometimes splintered on how hard to fight. Nowhere was that more apparent than House Democrats’ quorum break over the GOP’s priority elections bill, which ground the chamber to a halt for weeks but ended after a slow trickle of their members, including Fierro, began returning to the floor.

“Texans need elected leaders who will stand with them, not ones who back down at the first sign of a fight,” Derrick Osobase, administrator director for CWA District 6, said in a statement.

Dutton is well known as an occasional outlier in his party. He irked fellow Democrats last year when, as head of the House Public Education Committee, he helped revive legislation placing restrictions on transgender student athletes. He has long broken from some fellow Democrats when it comes to education — supporting more charter schools, for example.

Houston is the president of the Aldine chapter of the American Federation of Teachers. She has been endorsed by the statewide AFT, as well as the Texas AFL-CIO and Annie’s List, which works to elect Democratic women who support abortion rights to state office.

Dutton shrugged off the coalition’s endorsement.

“This organization is free to do as they wish and I expect to work with them again in the future,” he said in a statement, “but otherwise I will remain focused on getting things done to improve our neighborhood public schools, create more local jobs, expand access to healthcare, and ensure justice and voting rights for all.”

Dutton has the backing of the House Democratic Campaign Committee, which works to reelect incumbents and gave his campaign $2,500 last month. The committee has not taken sides in the matchup between Fierro and Ordaz Perez and does not plan to.

In an interview, Fierro defended his decision to return along with two other El Paso-area Democrats, saying they had achieved their three goals from the start: staying off the floor for the remainder of the first special session, bringing national attention to the bill and “light[ing] a fire under Congress” to pass federal legislation protecting voting rights.

“I was on the bad-election-bill battle from day one,” he said, pointing to his efforts to fight it as a member of the House Elections Committee.

Unlike Fierro, Dutton was not among the core 57 Democrats who had broken quorum. He did join them in Washington, but returned to Texas several days later, citing family medical reasons.

Disclosure: Texas AFT and Annie’s List have been financial supporters of The Texas Tribune, a nonprofit, nonpartisan news organization that is funded in part by donations from members, foundations and corporate sponsors. Financial supporters play no role in the Tribune’s journalism. Find a complete list of them here.