Storage and warehouse use proposed for Publicker site 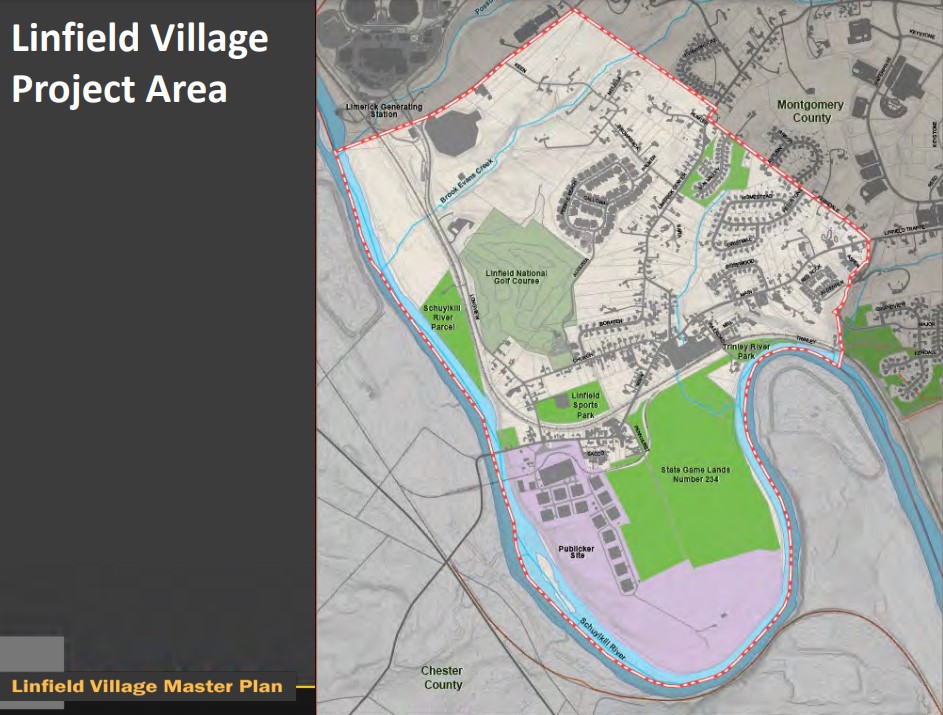 LIMERICK — When developer Tim Hendricks first floated the idea in 2020 of building 1,100 homes, stores and offices on the 200-acre site of the former distillery off Linfield Road, the reaction was decidedly mixed, particularly in terms of the traffic it could generate.

In fact, the proposal re-started the process of crafting a Linfield Master Plan three months later — a process that had been put on hold with the arrival of the COVID-19 epidemic and its accompanying restrictions on public gatherings.

Tuesday night, Hendricks was back before the township supervisors with a decidedly different idea.

Instead, Hendricks told the supervisors, he is now looking at a self-storage and warehouse use for the property, which would generate far fewer vehicle trips and zero school children for the Spring-Ford Area School District.

Furthermore, he wanted to get supervisors’ input on meeting with the state about a possible land swap.

The property is adjacent to state game lands and there is a right of way for the now-closed Pennhurst Road passing through those game lands. When making his first proposal, Hendricks had raised the idea of re-building Pennhurst Road to take some of the traffic load off Linfield Road.

The problem was having traffic run through the game lands would considerably reduce the area of that property that could be used for hunting.

“I know the state would like to see that go away,” Hendricks said of the road right-of-way.

In exchange for making it go away, Hendricks said he would like to trade some of the Publicker land along the Schuylkill River, which could never be built on, but which is fine for hunting, for lesser acreage in the game lands which can be developed.

Bur before he goes to the Pennsylvania Game Commission with the idea, he wanted to make sure the supervisors are not opposed.

“Does the use make sense? Should we reach out to the state for a conversation?” Hendricks asked.

“I like the idea of not splitting the game lands in half with a road,” said Supervisors Chairman Ken Sperring Jr. “But I really want to see what the state says.”

Supervisor Kara Shuler said she liked the idea of a swamp so the game lands are enlarged. Hendricks also told the supervisors he is open to the idea of donating some land along the river for a trail.

The 200-acre site off Linfield Road has been abandoned since it closed in 1986, and was home to the 125-acre Linfield Industrial Park that served multiple purposes including the repackaging and distribution of antifreeze and ammonia-based cleaners. Kinsey Distillery used the facility as both a warehouse and whiskey distillery.

The abandoned site is home to more than 17 buildings — ranging in size up to 500,000 square feet and many of which are now in the process of collapsing.

The question of what to do with the site has been an open one for decades and the subject of many discussions.

The next of those discussions will be held on Tuesday, March 15, at 7 p.m. in the Limerick Township Building on Ridge Pike. That is the date for the next public input meeting on the draft Linfield Master Plan.

But Linfield Road resident Matt Lewis doesn’t want to wait that long. He told the supervisors Tuesday that with all of the developments being approved on or near Linfield Road — senior housing, a liquor license for Wawa, more commercial uses in the Linfield Corporate Center — that at some point, Linfield Road will reach full capacity.

Lewis said he has difficulty pulling out onto the road as it is.

“What can the township do, within their power, to control some of this?” he asked.

“We have a certain amount of power. Not as much as people think,” replied Sperring. He said up to this point,  all discussions about the Publicker site currently “has been concept plans. When they come in for land development, that’s where the rubber hits the road and you have to be here.”