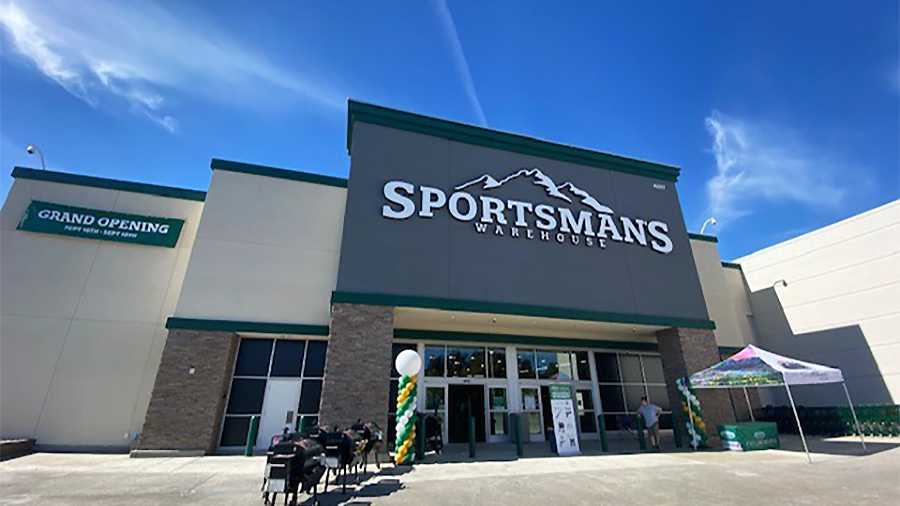 In an interview with SGB Executive Jon Barker, president and CEO, Sportsman’s Warehouse Holdings, Inc., admitted he was “disappointed” that the retailer’s merger with Bass Pro fell apart. However, he said that his team is “re-energized” to focus back on growth as a stand-alone company particularly as the pandemic has elevated opportunities across outdoor categories.

Barker said the benefit of people discovering or rediscovering outdoor activities during the pandemic has been “immense” and is reflected directly in the chain’s results.

Sportsman’s Warehouse’s same-store sales surged 48.3 percent in fiscal year 2020 compared to fiscal year 2019. The gains were led by its hunting and shooting department, which showed a same-store hike of 70.0 percent. Hunting and shooting grew to account for 57.6 percent of Sportsman’s Warehouse’s sales in the year, up from 49.1 percent the prior year.

Strong growth was also seen across its other departments, including camping, showing a same-store gain in 2020 of 34.0 percent; fishing, 30.8 percent; optics, electronics and accessories, 28.9 percent; footwear, 18.5 percent; and apparel, 13.0 percent.

Barker noted that the sales gains in 2020 were driven by “unique demand” that included the 2020 pandemic activity as the country was in lockdown and heightened demand for firearms tied to social unrest and the presidential election.

Going forward, the more encouraging development is that sales productivity in 2021 remained strong, showing that many consumers continued to pursue the outdoor activities they picked up the prior year. Same-store sales in the latest nine months ended October 30 managed a 1.5 percent gain against a 61.3 percent same-store surge in the year-ago period.

This year’s gains came despite NICS firearms background checks, as adjusted by the NSSF, turning negative since March of this year against the tough year-ago comparisons.

“We were very bullish going into 2021 on how that demand from 2020 could increase participation in all outdoor activities, including shooting sports,” said Barker. “But it really wasn’t until we got into 2021 that we realized that the retention rate of individuals that entered into those categories in 2020 was as high as it was and the fact that it was spread across all activities. To me, that is the most powerful thing that has happened in 2021.”

Barker said all categories across Sportsman’s Warehouse’s mix have “grown nicely” this year, in line with a strong uptick in participation rates across outdoor activities.

Barker told SGB Executive, “All the parties worked very, very collaboratively, but ultimately, the feedback we received was that we would not have obtained FTC clearance to consummate the merger.

The termination of the deal, first hatched in December 2020, was revealed in a Sportsman’s Warehouse regulatory filing on December 2, 2021.

The termination came as reports in the business media indicated that the FTC, led by new Democratic Chairwoman Lina Khan, had been placing heavier scrutiny on corporate mergers.

“I am pleased that Great Outdoors and Sportsman’s Warehouse decided to abandon their proposed merger, which would have harmed consumers through increased prices, reduced product offerings, and diminished quality and service.”

Barker has some regrets the deal unraveled but is also excited about fully re-focusing on driving Sportsman’s Warehouse’s growth opportunity.

Sportsman’s Warehouse will continue to trade as a publicly-traded company on the over-the-counter market. Quarterly conference calls will resume after being suspended since the merger agreement was announced.

An employee stock purchase plan (ESPP), which enables employees to purchase company stock at a discounted price, has been recently reinstated after being suspended with the merger announcement. Barker said, “In my experience, that’s a great benefit that we provide.”

However, no major internal changes will be required with the Bass Pro deal terminated as no integration activities had taken place with the deal under review by the FTC. Bass Pro paid Sportsman’s Warehouse $55 million termination fee.

The company will have no affiliation with Bass Pro. Barker said, “They’re good people, and they run a good business, but we will operate separately.”

The chain will continue to look to take advantage of its flexible store format that allows Sportsman’s Warehouse to enter markets its larger competitors can’t.

“We can serve outdoor enthusiasts in any market,” said Barker. “We’ve got stores under 10,000 square feet, and we have stores over 60,000 square feet. And this flexibility and our value-based approach to real estate allow us to enter markets of all sizes while maintaining our financial commitment.”

A second primary differentiator is Sportsman’s Warehouse’s emphasis on value compared to many competitors. Said Barker, “We are Sportsman’s Warehouse, and the name directly correlates to the value proposition of our business, which is everyday low prices with great service, and our real estate aligns with that approach.”

Sportsman’s Warehouse has continued to open stores aggressively despite the Bass Pro merger process and ongoing pandemic. Including ten opened in 2021, the retailer has 122 stores, with a target to grow square footage at a rate of 6 percent to 10 percent annually.

Barker further said acquisitions would also be explored when appropriate. Sportsman’s Warehouse acquired a combined 12 Field & Stream locations in two separate deals in 2019 and 2020, and Barker said the acquisitions positioned the chain for growth in Eastern states. Stores have recently opened in Pennsylvania, Michigan, Indiana, and Florida. Said Barker, “That’s been a very supportive learning tool in our growth.”

Developing private label programs will continue to be a focus to support differentiation and margins with private label making up only 3 percent of sales in 2020. The chain’s Killik hunting apparel range “continues to show incredible growth,” said Barker.

Further online investments remain a priority. E-commerce growth accelerated for Sportsman’s Warehouse like many retailers over the pandemic. Barker said, “The website performance over the last 18 months has shown what we’re capable of as a team, and we’ll continue to invest in our digital capabilities.”

Sportsman’s Warehouse’s online business penetration has grown from less than 2 percent of sales several years ago to now reaching the mid-teens.

Finally, a core priority is customer acquisition to convert the many new outdoor enthusiasts arriving over the last 18 months into loyal customers.

In the latest third quarter, same-store sales decreased 1.5 percent but grew 39.4 percent on a two-year basis.

“We were very pleased with Q3,” said Barker. “if you just think about those numbers, you can imagine how excited we were with the customer participation, the repeat rates in the stores and the overall performance of the business.”