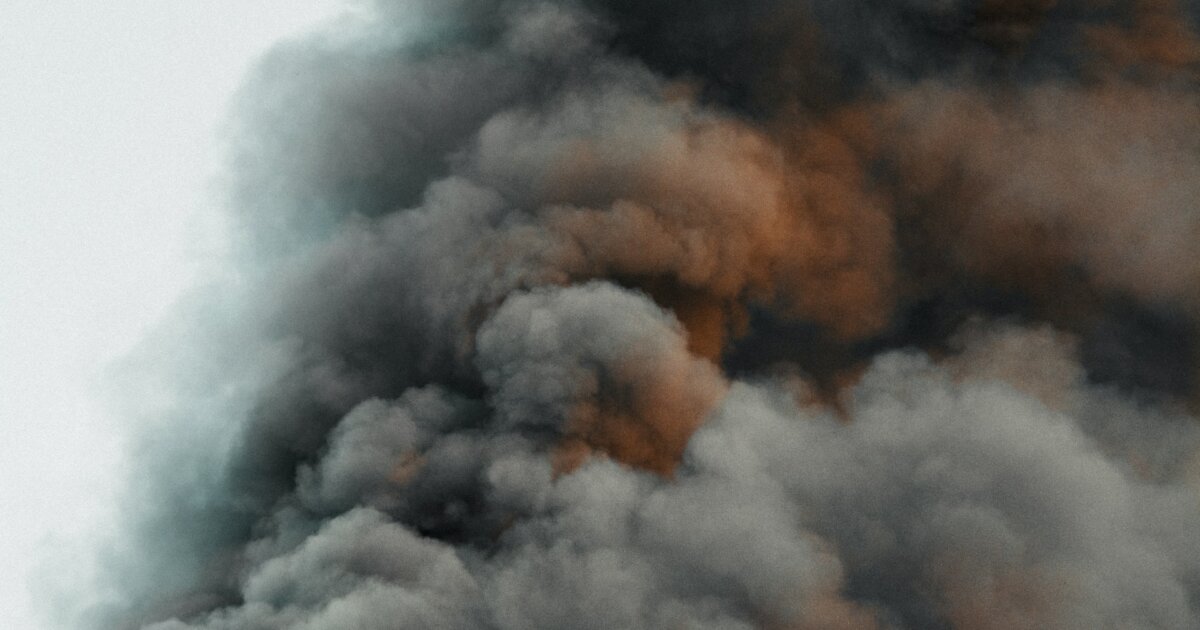 During the violent protests that rocked South Africa in the aftermath of the jailing of former President Jacob Zuma in July, a massive agro-chemicals warehouse containing more than 1,600 highly toxic chemicals was set on fire, spewing hazardous material into the air, a nearby river and a wetland in the ten straight days that the fire raged.

UPL (formerly United Phosphorus Limited) the Indian multinational firm that owns the 14,000-square-metre (151,000-square-foot) warehouse in the port-city Durban, which is located in the country’s south-east KwaZulu-Natal province, has remained evasive on the exact types and quantities of chemicals that were stored in the warehouse at the time of the fire. But investigations by the media and environmentalists revealed that most of these chemicals have been banned in many parts of the world because of their unmitigated dangers to life and the environment.

As authorities and environmentalists search for full answers, locals are having serious health concerns, including the possibility of birth deformities in the near future.

Tons of fish and other aquatic creatures have washed ashore in the nearby Umhlanga estuary, with environmentalists worried about the impact on birds and wildlife that have been scavenging on the dead marine creatures.

Firm Absolves Itself of Blame

When FairPlanet contacted UPL’s spokesperson, Craig Dodds, for comment on reports that some of the chemicals in the warehouse were blacklisted in the EU and other global markets, and about reports that regulatory measures had not been followed in the establishment of the warehouse, Dodds simply shared a previous statement that absolved the firm of any wrongdoing.

“UPL has shared all the required information with the relevant authorities and the company promptly made all the necessary statutory notifications,” Dodds’ statement read. “As part of its regular reporting, the company had kept the authorities informed about the nature of the products stored in the warehouse. All of the products in the warehouse were proprietary products approved for use in South Africa by the Health Department and by the Department of Agriculture in terms of Act No.36 of 1947.”

The statement, however, recognised that a disaster had occurred. “Many of the water-based products in the warehouse were atomised during the blaze, creating a dense plume of smoke and fumes that caused distress to many people in the neighbouring areas,” the statement read.

“Because a significant volume of water was used to extinguish the fire, and due to the delayed response of the spill response cleaning services amid the on-going unrest, the product that was not vapourised and the water from the fire operations overwhelmed the containment system and escaped into the environment.

“Water contaminated by a combination of these products, including pesticides, ran down the storm water system, surrounding platform, and down valley lines into the Umhlanga River, damaging plants and marine organisms in its path.”

Mark Laing, a South African citizen, took to social media to raise questions about the curious circumstances under which the firm had managed to get an Environmental Impact Assessment (EIA) for its warehouse.

“How did UPL get the EIA passed for this facility when there was no retention berm around the facility?” wrote Laing. “One can see this clearly from the drone photos, with a bird’s eye view of the site. The idea of a bund or a berm (either a moat or high walls around the perimeter of the site) is that, if and when there is a fire or a spill of toxic compounds, then the toxic compounds shall be retained within the facility, together with any water sprayed onto the fire to extinguish the fire.”

“It is a basic EIA requirement globally for all sites storing toxic compounds,” he added, “So how did they get permission to move into this site without meeting this basic requirement?”

Bheki Mbanjwa, the spokesperson for the KwaZulu-Natal provincial government was quoted in the local media refusing to comment on who is to blame for the disaster and what action would be taken against them.

“We cannot make statements or take action based on speculation,” Mbanjwa said. “The issues at hand in the UPL matter will be dealt with thoroughly and professionally. Anyone who needs to face consequences will do so whether in terms of rehabilitative responsibility, public health issues or even criminal proceedings.”

David Allan, curator of Durban Natural Science Museum, told FairPlanet that although he was not directly involved in the spill investigation, from what he had already observed, the danger to life and the environment has been great.

“The short-term effects of the spill have already proved disastrous. And the indications are certainly that we can expect this to extend to the long-term,” Allan told FairPlanet.

“Poisons can often result in ‘bioaccumulation’ whereby organisms higher up the food chain get increasingly toxic levels from the material they feed on lower down the food chain,” Allan further stated. “Birds are fairly high up the food chain, indeed some, like the African Fish Eagle (of which a pair has long inhabited the estuary), are actually at the apex of such chains and particularly vulnerable. So we can expect fish-eating birds to perhaps be worst affected and invertebrate feeders perhaps less so. Plant-eating (including seed-eating) birds might be least affected.”

Allan said that there is a need for a detailed investigation to establish the knowledge of precisely which chemicals are implicated and the amounts involved, along with specialist input from pesticide experts, in order to formulate appropriate mitigation measures.

Rico Euripidou of groundWork – Friends of the Earth South Africa – told FairPlanet that while information was not readily available because the Mumbai-based firm was not being transparent, the information that they obtained showed that the warehouse contained over 5,000 tons of chemicals, the inventory of which included approximately 1600 pesticides, agro-chemicals and agro-products – some of which are classified as highly hazardous and are banned in the EU.

“The devastating impact to aquatic life from deadly pesticides and herbicides in the acute phase was almost immediate, approximately five tonnes of aquatic and marine life was collected by the specialist chemical spill response teams, however the threat to the health of nearby communities is more likely to last for many years,” Euripidou said.

He added that the conditions under which some of the chemicals were released into the environment are known to lead to the formation of persistent organic chemicals that are known to cause cancers in humans and animals.

Avoiding similar disasters in the future

When asked how such catastrophes could be avoided in the future, Euripidou said that the world should always learn from previous disasters. “We should have, however, learnt from the history of similar environmental and public health disasters,” he said. “Notably in July 1976, a fire at an agro-chemical manufacturing facility just north of Milan in Italy, resulted in a release of 2,3,7,8-Tetrachlorodibenzo-p-dioxin (‘TCDD’ or ‘dioxin’), a highly toxic by-product which had profound human and environmental impacts on the small nearby town of Seveso.”

“In the immediate aftermath domestic and farm animals were particularly impacted and even though the human population was evacuated many adverse human health outcomes such as cancers were registered in the exposed populations decades after the incident,”  Euripidou stated.

Allan of the Durban Natural Science Museum further added that in order to avoid such incidents in the future, there is a “need to be more aware of installations like this, have environmental assessments, regulations and protective measures in place to minimise their risks (including careful assessment of where they are located), and most important we need to enforce these safeguards.”

“We have to ensure that installations such as these are prepared for even the most-unlikely events, such as the civil unrest that occurred,” he said.

UPL, which says it is working to mitigate the effects of the disaster, has since started inviting individuals and organisations wishing to lodge complaints over the incident.

“Any business or person wishing to lodge a complaint because of the incident must complete the UPL Cornubia Warehouse Fire Complaint Form and deliver the Complaint Form to UPL,” the firm said in its 26 August statement.