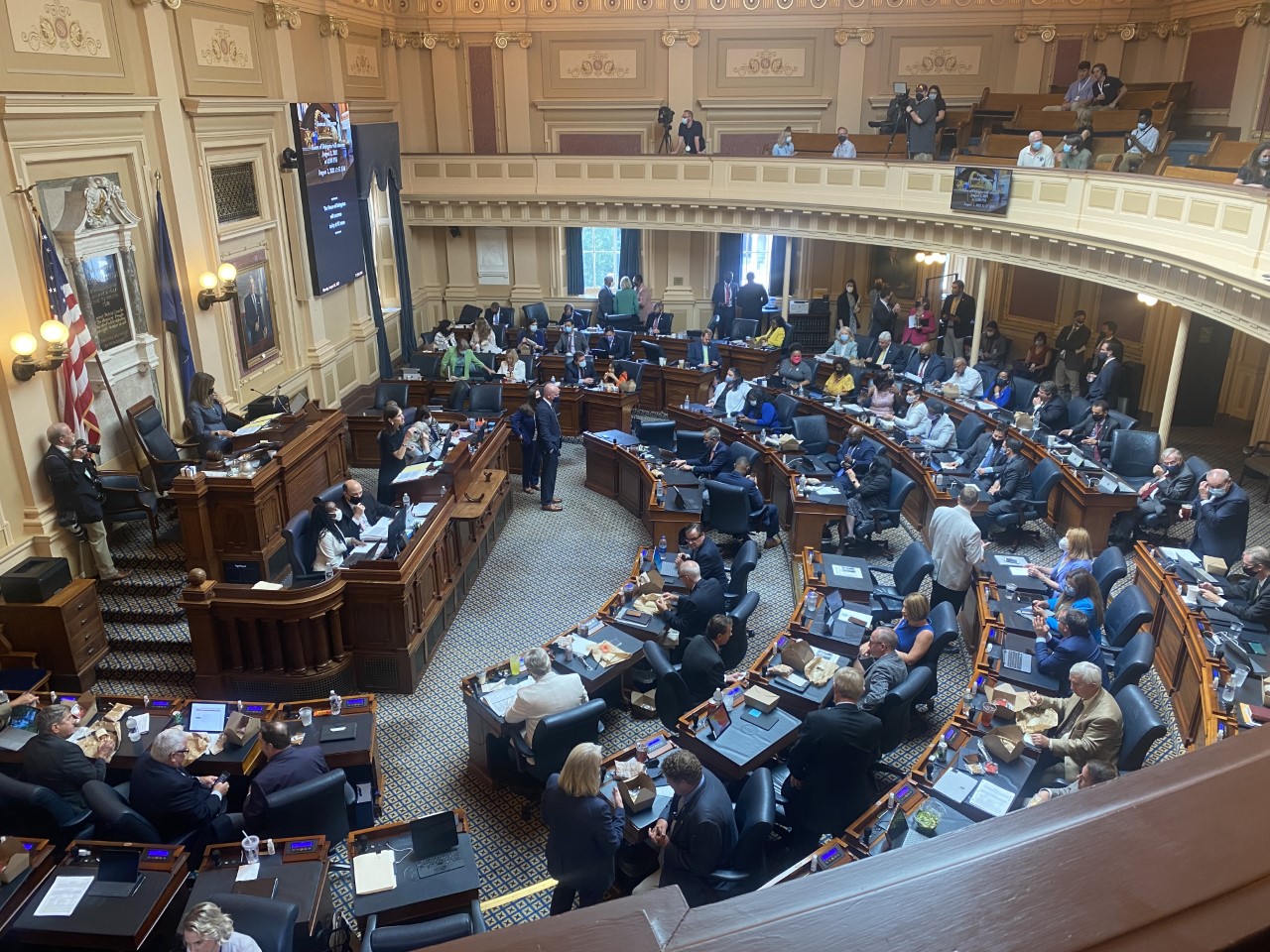 HAMPTON, Va. (WAVY) — After a few days of waiting for the final results of Virginia races to trickle in, control of the Virginia House of Delegates has officially swung to Republicans.

According to the Virginia Department of Elections website, as Friday night, Mugler lost by 94 votes in the three-way race.

The results mean that control of the Virginia House of Delegates has moved to Republicans, who will have at least 51 votes in the House now, pending results of another race.

She followed up Saturday with a new message, stating there was an error in vote counting:

“Last night, we were made aware of an error that occurred while reporting vote counts in House District 91. In light of this news and the significant shift we have seen in the count since Tuesday night, we think it wise to do our due diligence to make sure every vote is fairly and accurately counted. We will allow the process the full time and effort it takes to ensure accuracy.”

10 On Your Side is working to learn about her claims of a voting error.

The last race awaiting official results is the 85th District race between Del. Alex Askew (D) and Karen Greenhalgh (R). Greenhalgh now leads by 147 votes. If Askew loses, Republicans could potentially have 52 seats in the House of Delegates.

The campaign told WAVY sister station WRIC’s Jackie DeFusco: “Provisional ballots are not included in the updated count. We expect those to break in our favor and ultimately trigger an automatic recount. Those will be canvassed on Monday.”

Virginia’s Speaker of the House, Eileen FIller-Corn, issued a statement Friday night conceding control of the chamber. She promised to work with the next speaker to ensure a smooth transition.

At the same time, she promised to “hold them accountable” if they attempt to reverse “the progress we have made.”

House Democrats have set a national example for bold, progressive leadership, and I am incredibly proud of everything we have done to move Virginia forward. In just two years, our majority has expanded access to quality health care, raised the minimum wage, earned our Commonwealth the title of Top State for Business while supporting workers, invested in our schools and kept our classrooms safe, increased funding for higher education, safeguarded reproductive rights, modernized our transportation system, implemented groundbreaking anti-discrimination laws, brought Virginia up from 49th to 12th in the nation for access to the ballot box, reformed our criminal justice system, passed the transformative Virginia Clean Economy Act to protect our environment and combat climate change, and enacted major gun violence prevention legislation — all while curbing the spread of COVID-19 and getting vaccine shots in arms.

I am also proud of the campaigns our incumbents and our challengers ran. We spent this election cycle talking about the issues we championed and highlighting the tremendous progress we have made while in the majority. Unfortunately, the headwinds were too strong, and the maps drawn by the previous majority presented a challenge that was too great to overcome. We will dearly miss our colleagues who will not be with us the next term, but we will ensure their legacies are preserved.

Thank you to all the volunteers who knocked doors, made calls, and sent postcards; to all the staffers; and to every Virginian who made their voice heard and voted for Democrats up and down the ballot. Your unwavering support of our collective mission won us our historic majority two years ago and allowed us to take our Commonwealth to new heights.

While the results of the election were not in our favor, our work for the people of Virginia goes on. I will work to provide a smooth transition for the incoming speaker, and our Democratic caucus will work with the new majority in the House of Delegates and the governor’s administration to serve the best interests of all Virginians. But make no mistake — we will hold them accountable if and when they attempt to reverse the progress we have made and move our Commonwealth backward.

Our fight is far from over, and House Democrats will continue to work hard to build a better Virginia for our constituents and for everyone who calls our Commonwealth home.

Download the WAVY News App to keep up with the latest news, weather and sports from WAVY-TV 10. Available in both the Apple and Google Play stores.