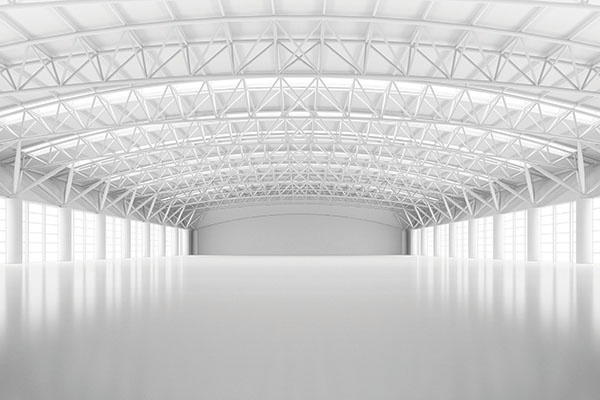 A recent Bloomberg report observed that global e-commerce giant Amazon is saddled with excess warehouse space it accumulated over the course of the pandemic and is now vetting subletting a minimum of 10 million square-feet (MSF) worth of space.

What’s more, the report, citing people familiar with the situation, noted that Amazon could potentially “vacate even more leases with landlords,” adding that that Amazon’s excess capacity is comprised of warehouses in New York, New Jersey, Southern California, and Atlanta. And while that 10 MSF worth of space represents a large number, the report said that, the cumulative space it is looking to sublet represents the rough equivalent of about 12 of the company’s largest fulfillment centers or around 5% of the square footage the company added going back to early 2020.

Trevor Outman, Founder and CEO of San Diego-based parcel consultancy Shipware LLC, told LM that over Amazon’s lifespan leading up to the pandemic it had acquired a total of 272 MSF of warehouse space, adding that over the course of the pandemic, they’ve nearly doubled their warehouse space to 525 MSF.

“In other words, they doubled the size of their fulfillment network that was built over 25 years; and did so in just 24 months!” he said. “The breakneck speed at which they acquired and built additional space was a strategic decision to ensure they would never have capacity constraints during unimaginable demand. They continued to add warehouse space through Q4 of last year. Amazon’s last quarterly earnings reported a 3% decline in sales as shoppers relied less on Amazon for critical purchases. Consumer spending at large is experiencing some retrenchment because of inflation as well. There is an expectation among Amazon top brass that capacity will start to better match demand with Prime Day in the third quarter of this year, followed by the peak holiday shopping season in the fourth quarter.  Please note the specific term used, ‘better’ is incredibly subjective.”

The Shipware executive also observed that as Amazon currently holds millions of square feet in excess capacity it makes sense that Amazon would launch its “Buy with Prime” program now.

“If the program proves successful it could help contribute to filling excess capacity,” he said. “The Buy with Prime initiative will take months to develop momentum so it’s no surprise that Amazon is turning to subletting as a strategy to monetize their excess capacity. The challenge will be managing or staggering the tenant terms to coincide with the needed square footage for Prime Day and holiday season.”

Ward Richmond, executive vice president, for industrial real estate firm Colliers, said it is likely that the space Amazon will be leasing will be quickly absorbed by other tenants looking for space, given how low vacancy levels currently are. Richmond added that whereas Amazon was very aggressive in building out its footprint, this development represents it scaling things back somewhat, while remaining prepared should things abate on the e-commerce front.

“They are adjusting accordingly. I don’t look at it as like a sign that everybody will scale back because not everybody took that much space,” explained Richmond. “It is the nature of Amazon. They were ‘go go go’ and then pushed pause. When there is another surge in e-commerce, they are going to be right back on it. But it is just adjusting and cutting down and staying as lean as it possibly can while being the most dominant e-commerce infrastructure in the world.”

John Haber, Chief Strategy Officer of Transportation Insight Holding Company, concurred with Richmond, in that with signs of economic softening, this is a move that makes sense, coupled with the timing of Amazon’s Buy with Prime program announcement.

“They can go right back to these spaces when the leases expire, as they definitely have too much space now,” he said. “And they control a lot of this space and can sell it at a premium, too.”