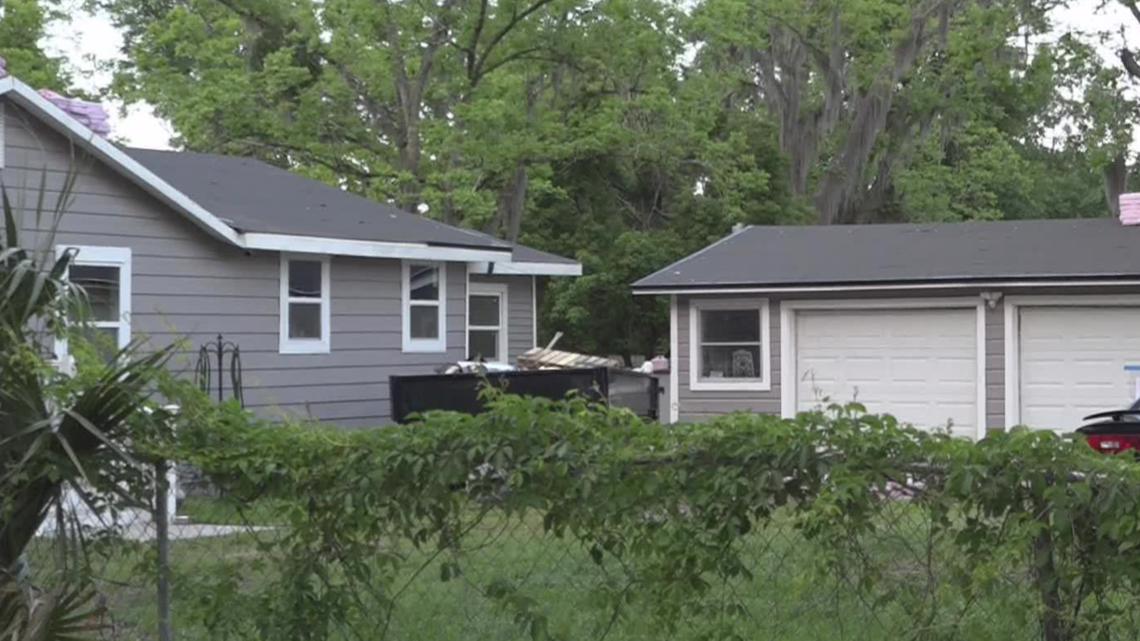 The pair were found dead inside their Hollings Street home. They were in the process of fixing the roof and floor of the home.

JACKSONVILLE, Fla. — A couple who were found dead in their home were renovating it before the Jacksonville Sheriff’s Office found their bodies on Tuesday, neighbors said.

They couple were found in a house on Hollings Street in the Oceanway neighborhood on the northside of Jacksonville.

Neighbors told First Coast News the names of the individuals who lived at the home. However First Coast News is withholding their names until JSO informs the station that the appropriate family members have been notified.

However, through property record searches First Coast News has determined that the owners of that specific home bought the property less than 2 years ago.  Neighbors who are also renovating their own home, but did not wish to go on camera, tell First Coast News that the couple who owned the home used the same contractor that they used to level their floors.  That work appears to be stalled due to the deaths of the people inside.

First Coast News also spoke to another person from the neighborhood who lives on a nearby street who said that his neighborhood used to be quiet and quaint when he moved in three years ago.

“Over the last year it’s drastically gone down hill,” says Adam Young. “Down the road we have Hollings Street where the police are constantly in that area trying to run out dealers, addicts and all of the shootings that happened at Publix and First Coast High School because of kids and drug dealings.”

Crime mapping in the area confirms a spike in criminal activity.  Just within the last week there were 16 incidents of crimes ranging from battery to stolen cars and grand theft.  Neighbors want to see more law enforcement to bring their neighborhood back to what it was when they moved in.

“Definitely has to be more police presence,” says Young. “As far as the neighborhood’s concerned, we’re contemplating moving, it’s just difficult given the housing markets.  But given the surrounding area we’re not seeing anything improve, it just continues to get worse.”

The latest deaths on Hollings Street are just the latest example of increased crime in the area.  But despite the uptick in crime, there are actually 3 new houses being built just a few hundred feet north of where the bodies were found on Hollings Street.

RELATED: She didn’t show up to work. When Jacksonville police went to check on her, they found two bodies