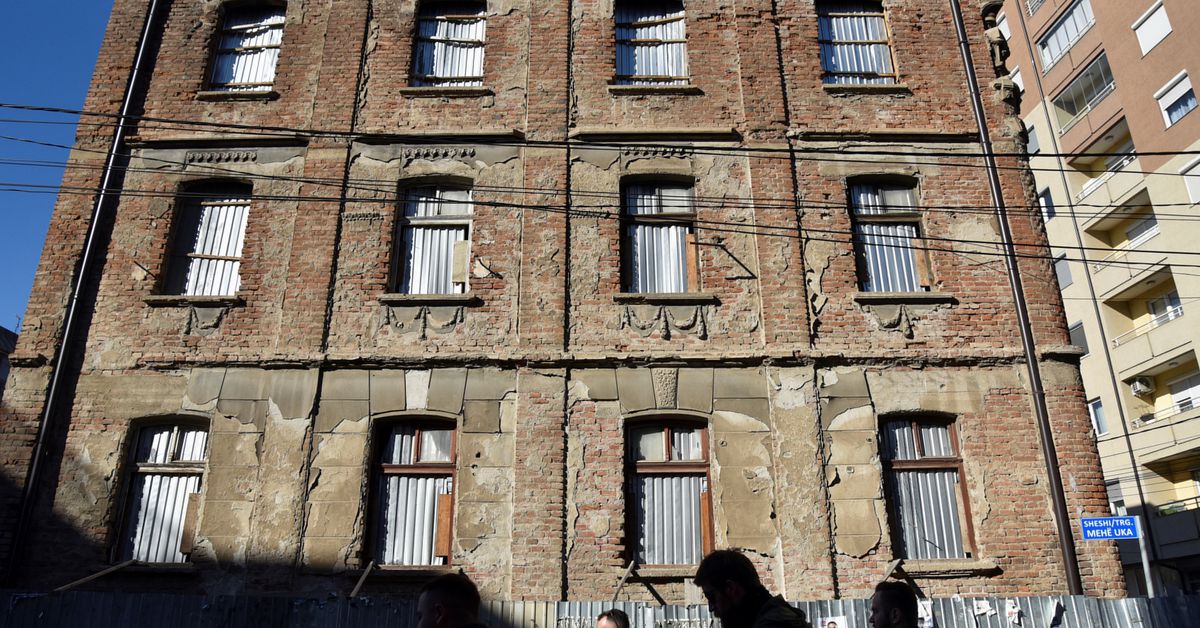 MITROVICA, Kosovo, Feb 11 (Reuters) – The renovation of a house in Kosovo that belonged to a minister in a pro-Nazi government during World War Two has prompted an outcry, with Germany warning of historical “whitewashing” and the European Union and United Nations halting the project.

The three floor red brick house in Mitrovica, built in the 1930s by Austrian architects, was the home of Xhafer Deva, who served as interior minister in the pro-German government in 1943 and 1944.

In a joint statement, the United Nations Development Programme (UNDP) in Kosovo and the European Union apologised for omitting the historical background of Deva when they announced the project to restore the house as a cultural heritage site.

Germany’s ambassador to Kosovo, Joren Rohde, said he was very concerned about the restoration.

“Don’t distort the truth about the Holocaust or war crimes committed by the Nazis and local collaborators,” Rohde said on Twitter earlier this week, saying the project risked whitewashing history.

Hajrulla Ceku, Kosovo’s Minister of Culture, defended the restoration project in a news conference the day after the EU and UNDP decision to halt work at the site.

“We are restoring the monument but not the history of Xhafer Deva,” Ceku said. He did not confirm whether the Kosovo government would continue to work on the restoration.

At the time Deva was a minister, Kosovo was considered by Germany to be part of Albania.

Historians say security force units under Deva, who saw Nazis as allies to fight communists, committed atrocities including the massacre of suspected anti-fascist sympathisers. Some recent research says Deva may have helped protect Jews, however.

“He is a war criminal, he committed crimes against his political opponents but personally he never agreed to hand over lists of Kosovo Jews despite the persistence of Nazi authorities,” says Durim Abdullahu, a history professor at Pristina state university.

After the war, Deva left Kosovo. He lived in several European countries before settling in California, where he died in 1978.

In Mitrovica, he is still celebrated. A few meters from the house, a wall in the main square is adorned with pictures of prominent people from the town, including Deva and the prime minister in the war-time government, Rexhep Mitrovica.

A Reuters witness found three streets named after Deva in Kosovo, including one in Pristina a few hundred meters from the German Embassy.