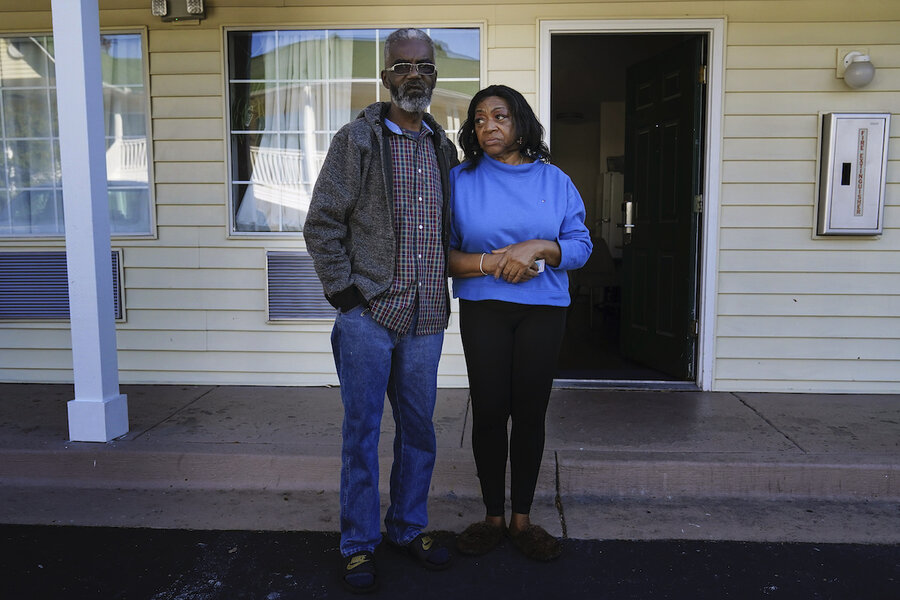 Former non-profit worker Christine Hernandez had never considered becoming a housing attorney, but after 2015, when she got priced out of her home in Oakland, California, she thought a lot about the issue.

Over the next five years, Ms. Hernandez and her family went through a period of unstable housing, including nearly three years squatting. Then, last year, the landlord of the multi-unit house they were living in tried to push tenants out.

“I had never considered studying the law or pursuing that as a profession, but I discovered that the law is everywhere around us. You have to figure out how to navigate it,” Ms. Hernandez said.

She eventually succeeded in getting the building purchased by a community land trust, a nonprofit that buys property to rent or sell at affordable prices, and then she joined the tuition-free SELC program as an apprentice.

Getting through it will take years, but Ms. Hernandez said she has already been putting her new skills to work, including helping a friend stay in her home by making use of a new California law that strengthens tenant rights.

The program’s focus on broadening the pool of people who can access legal information and practice law comes as the real estate industry is taking a hard look at its own diversity – in terms of professional background, income level, race, and more.

The U.S. housing industry “is perpetuating inequalities,” with the highly professionalized sector keeping out many people who have direct experience of housing instability, said Chris Tittle, SELC director of land and housing justice.

The United States currently has a shortage of about 6.8 million affordable rental units, according to the National Low Income Housing Coalition.

Helping families find and keep homes they can afford to live in “relies on being able to navigate and access the legal system to enforce what rights tenants often have,” said Mr. Tittle, who got his law degree through an earlier version of the SELC program.

For many U.S. communities, homeownership is more out of reach today than it has been for a generation.

Some say the real estate industry itself can help address that inequity.

The sector is vast, comprising agents, lenders, appraisers, and others who together are involved in every aspect of a housing transaction, said Bryan Greene, a vice president with the National Association of Realtors (NAR).

For those trying to buy a house, a real estate agent “can be a guide or a gatekeeper,” he said.

The 1.5-million-member NAR is working to right some of the discriminatory practices the real estate industry has had a hand in for over a century, Mr. Greene said.

“Real estate in the United States historically has been linked to segregation and exclusion,” he said.

“If you go back 100 years, there was a concerted effort among both the industry and the population in general to limit where people of color resided, especially in northern communities.”

As examples, Mr. Greene pointed to racially restrictive covenants – clauses in title deeds that prohibited non-whites from owning certain homes – which were promoted by the real estate industry before they became illegal in 1968.

There were also rules limiting who could get financing and discrimination around appraisals, all of which made it harder for African-Americans to buy and sell their houses in certain areas.

Last year, the NAR issued an apology for its past policies that exacerbated racial inequality, saying they were “an outrage to our morals and our ideals.”

The association has also begun training its members on how to avoid implicit bias when dealing with prospective homeowners, and Mr. Greene said progress is being made.

“We’re finding that the culture is changing,” he said.

“There’s a lot more engagement among real estate professionals on how to shape their communities to be the diverse, inclusive places they want.”

Also hoping to diversify the U.S. housing sector, real estate referral company HomeLight and the National Association of Real Estate Brokers launched a program in February aimed at growing the number of Black real estate agents in the country.

The program’s initial tranche of 10 participants – who get financial and business support to move toward licensing – are all under 35, an effort to guide Black millennials toward homeownership, said HomeLight COO Sumant Sridharan.

“By increasing Black representation within the real estate agent community, we hope this program will build trust within local communities throughout the United States and help get more Black people on the path to homeownership,” he said in emailed comments.

Given the significant competition for housing across the country, the industry needs to face the potential bias in everything it does, said Dan Reed, an urban planner who is also a licensed real estate agent in Montgomery County, Maryland.

For instance, Mr. Reed pointed to the way real estate ads commonly tout which school district a house is in – but only when the school is affluent and majority white.

“That turns a public amenity – the school – into a private luxury, but it also reinforces [the belief] that these schools and neighborhoods are inherently more valuable,” he said.

In his own work, Mr. Reed has also stopped having prospective buyers use personal letters and photos to try to convince sellers to accept their purchase offer, after he realized that almost every time the strategy succeeded, the buyers were white.

Get stories that
empower and uplift daily.

“This is one thing that can make the process fairer for everyone,” he said.

This story was reported by The Thomson Reuters Foundation.