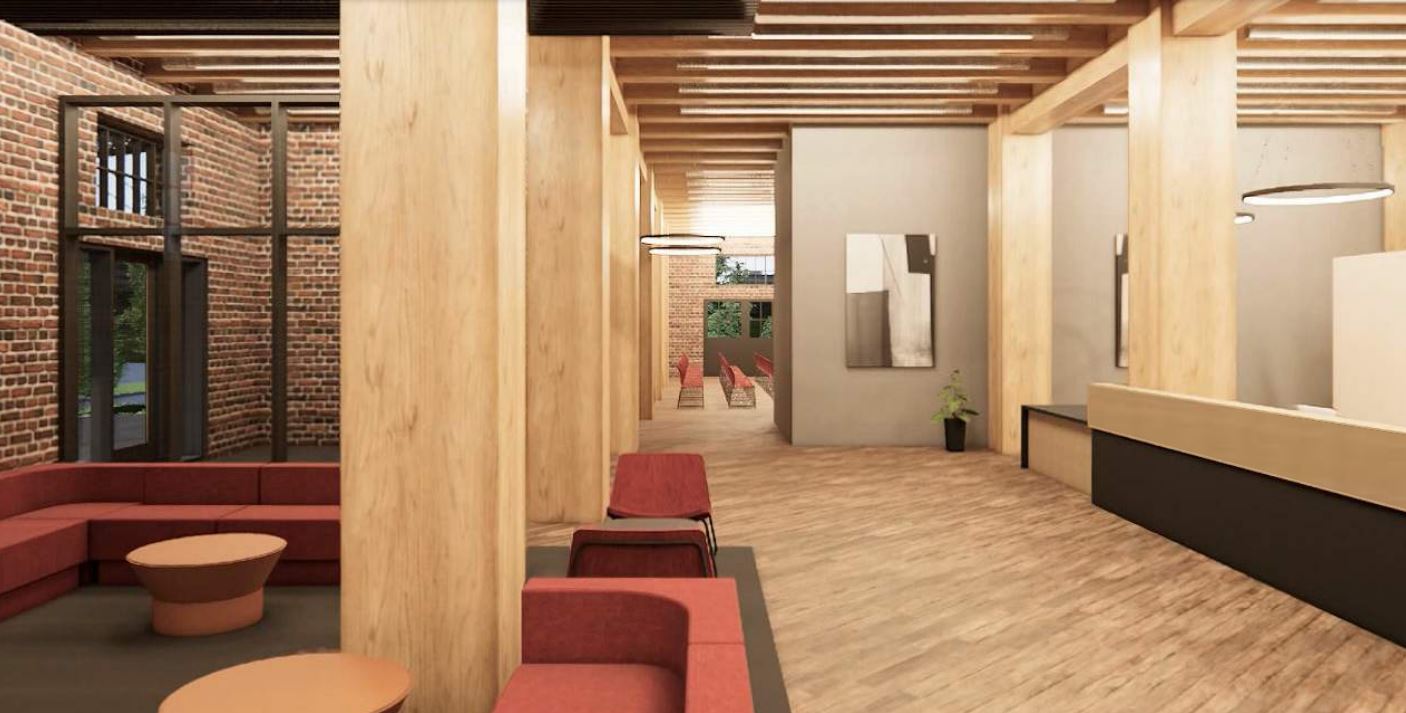 A rendering showing the lobby area of what’s known as the Carpenter Paper Co. building at 106 S.W. Seventh St. in downtown Des Moines. Developer Tim Rypma is proposing a $10 million renovation of the historic building. Rendering courtesy of Substance Architecture

The proposed historic renovation of a downtown Des Moines warehouse building could spark additional redevelopment in an area once known for its industrial uses, according to a Des Moines city staffer. 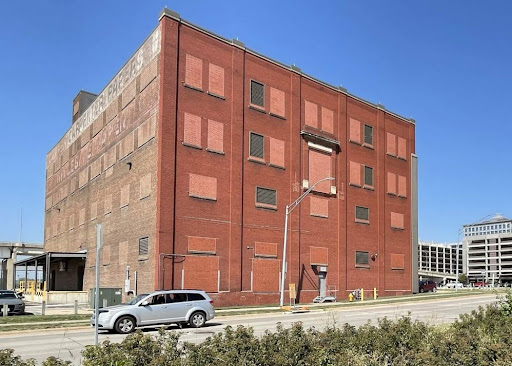 The city of Des Moines’ Urban Design Review Board on Tuesday gave approval to preliminary designs of the proposed project.

“We’re hopeful that this project can have spin-off benefits that can help spur additional redevelopment interest in some of the adjoining, underutilized parking lots,” Ryan Moffatt, economic development coordinator for Des Moines, told the Business Record in an email.

Surface parking lots are located north, east and west of the structure, which Moffatt described as “one of the last few classic brick warehouse buildings remaining downtown that haven’t been converted to other uses other than industrial.” Other buildings that had been used as warehouses have either been demolished or converted to residential uses.

Rypma is proposing to convert the building at 106 S.W. Seventh St. into an office building. The vacancy rate for offices space in the downtown area was 18.7% during the first quarter, according to CBRE|Hubbell Commercial’s market report.

Converting the former warehouse into office space “sends the signal that despite vacancy challenges and the uncertainties related to shifting hybrid/work from home arrangements that impact the office market, there is still interest in providing quality office space in unique settings with historic character and offering good tenant amenities,” Moffatt wrote.

Work on the Carpenter Paper Co. building is expected to begin in the fall and be completed by late 2023. Moffatt wrote that the proposed historic renovation could preserve the building for another 50 to 75 years.

Rypma is also proposing the conversion of a warehouse at 113 S.W. Eighth St., known as the Lortex Building, into space for a restaurant, tavern or other entertainment uses. That project will begin at a later date.