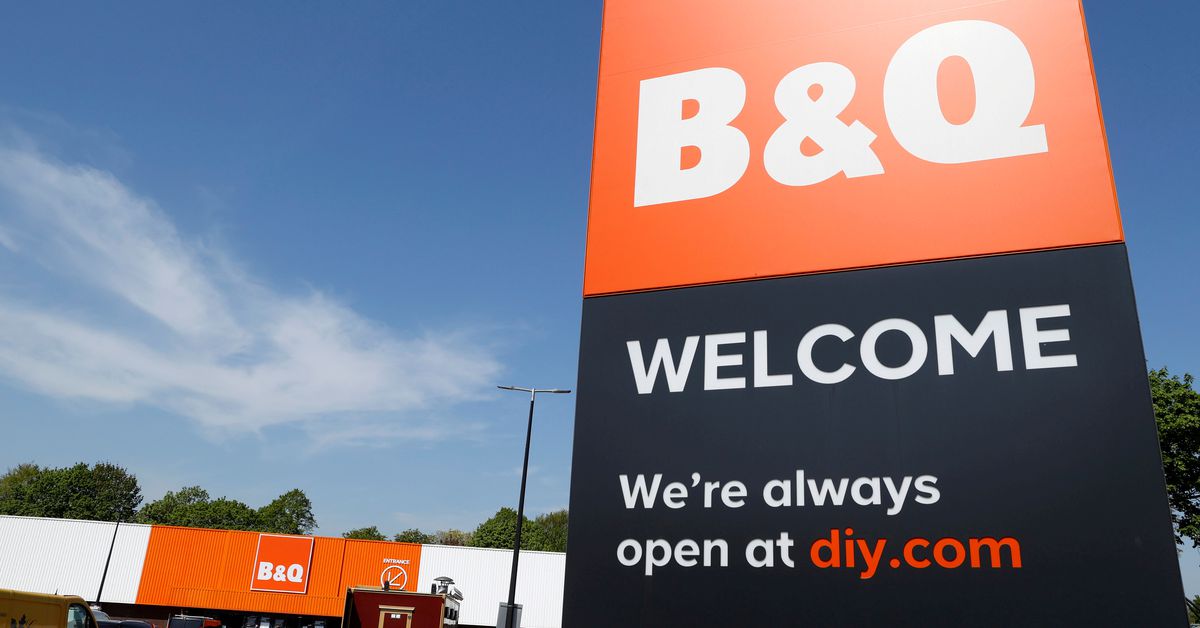 The group, which owns B&Q and Screwfix in the United Kingdom and Castorama and Brico Depot in France and other markets, said it was seeing higher than normal cost price inflation arising from certain raw materials and freight costs.

“We expect inflationary pressures to persist through H2 as higher cost inventory is sold through but as demonstrated in H1 we are committed to maintaining our strong competitive price position,” CEO Thierry Garnier told reporters on Tuesday.

He said that despite supply chain disruption the group’s product availability is currently above where it was in January. However, stocks of timber, cement and some products containing semiconductor chips were still below target levels.

Kingfisher made an adjusted pretax profit of 669 million pounds ($914.3 million) for the six months ended July 31, beating guidance and the 415 million pounds made a year earlier.

Many people have discovered or rediscovered DIY during the COVID-19 crisis as they were forced to spend more time at home.

Garnier said he had addressed many of Kingfisher’s past issues with “fixes” now complete in the UK and Poland and positive results in France from a strategy to repair ranges.