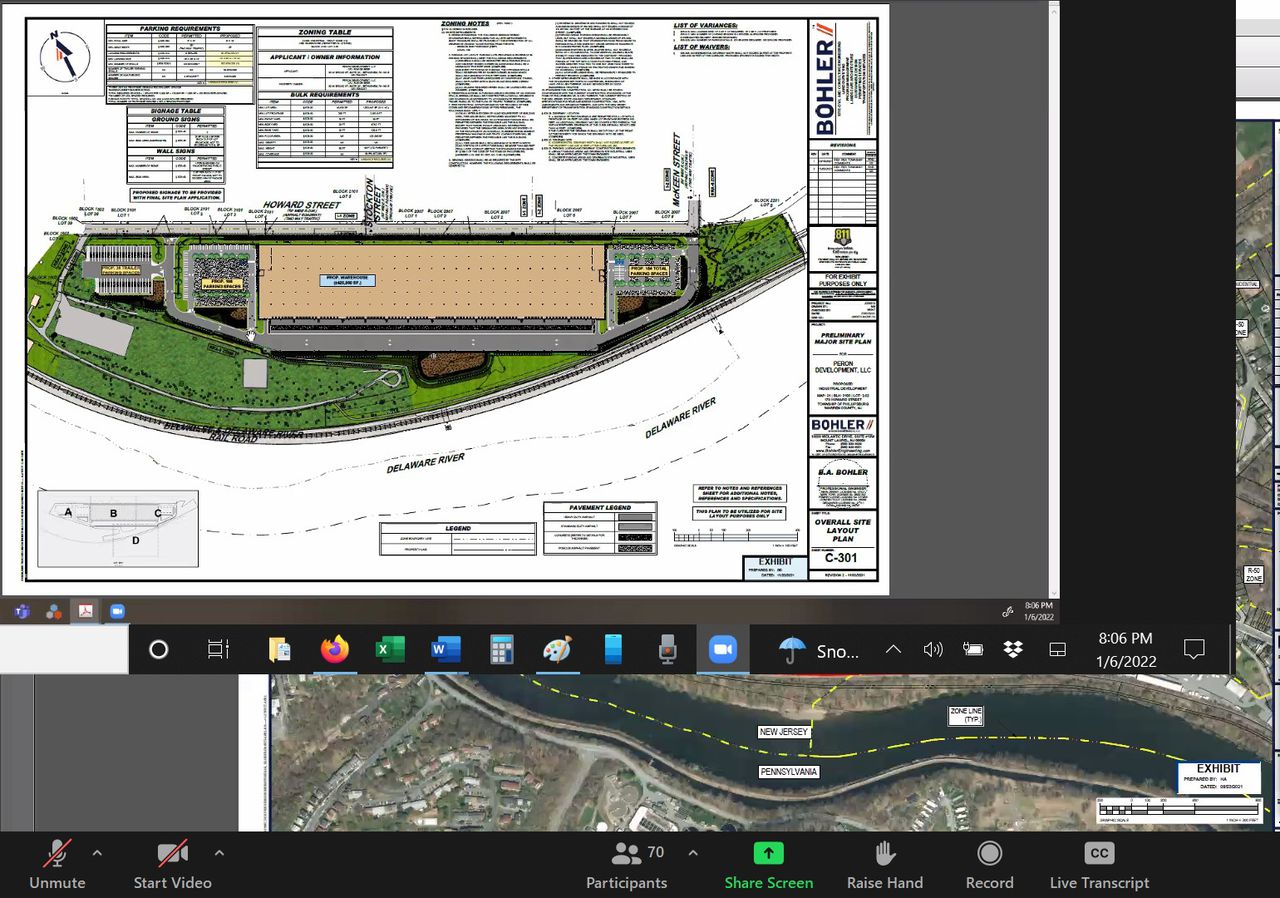 The town learned last month it’s been awarded $250,000 from the New Jersey Department of Transportation to study the “Design of the Howard Street Extension Project,” according to a letter from the department to Mayor Todd Tersigni.

The Phillipsburg Land Use Board in January granted preliminary approval for the 420,000-square-foot warehouse at 170 Howard St. As part of the approval, the board directed town council to work with the developer, Bethlehem-based Peron Construction LLC, on extending Howard Street to Center Street to reduce the warehouse’s traffic impacts on South Main Street.

Piazza also said council and Tersigni this past week requested additional assistance from Gov. Phil Murphy’s administration on “establishing a well-defined truck route that would limit truck traffic on parts of Main Street.”

The design phase of the Howard Street extension is being pursued by the mayor and the town administration, Piazza said.

In the grant-award letter dated March 11 to Tersigni, NJDOT Commissioner Diane Gutierrez-Scaccetti wrote, “Upon completion of your design, consider applying for construction funds through the Local Freight Impact Fund program.”

Peron, led by attorney Michael Perrucci, tried unsuccessfully for more than a decade to develop its land at 170 Howard St. as housing, leading to a request granted last year by town council to rezone that portion of the riverfront as industrial. A lawsuit challenged that rezoning, with council seeking to remedy the legal concerns by voting a second time on the rezoning in December. Tersigni then vetoed the do-over, but the original rezoning still stands.

The project includes the demolition of two properties, 560 and 562 S. Main St. on the corner of McKeen Street, to widen the intersection and better accommodate tractor-trailer traffic. Without the Howard Street extension, the truck route for the warehouse follows McKeen from South Main to the southeast, rather than to the northwest and further into Phillipsburg’s downtown.

Our journalism needs your support. Please subscribe today to lehighvalleylive.com.

Kurt Bresswein may be reached at [email protected].