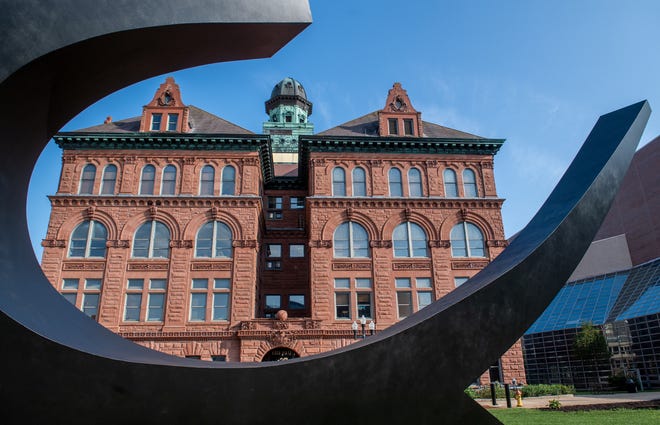 Councilmembers expressed concerns about how 4 a.m. bars being allowed in the Warehouse District might affect the area’s appeal to future residents.

“With an increasing amount of focus on becoming more residential focused in converting some of these buildings into residential, there is concern that some of the 4 a.m. challenges we have been seeing in the central business district would become challenges in the Warehouse District,” at-large councilmember Zach Oyler said.

More:Last call for 4 a.m. bars in Warehouse District? Those nights may be over except for one spot

The council’s youngest member, 4th District councilmember Andre Allen, challenged that notion, however. He said the council needed to consider the “long-term vision” of the Warehouse District and how younger residents there might be put off by such limits.

“Younger professionals want to have amenities, and some of those amenities include 4 a.m. establishments,” Allen said. “When you go to urban cities, it’s not uncommon for someone to be out until 4 a.m. and have the ability to go out to a piano bar, like in Chicago, or a late-night pizza pub.”

Revitalizing downtown and the Warehouse District was considered to be a key way to attract young professionals to Peoria by the Peoria Area Chamber of Commerce and Young Professionals of Greater Peoria, of which Allen is a member.

Located at 1412 SW Jefferson St. in the Warehouse District, Status Nightclub is the only 4 a.m. bar there. It also happens to be the center of controversy among councilmembers.

While Tuesday’s vote will have no bearing on Status Nightclub’s late-closure license, councilmember Denise Jackson of the 1st District made clear she wants to see its 4 a.m. license pulled at some point.

Jackson said she has had conversations with business owners and residents of the Warehouse District who have had “numerous complaints” about the club.

“The presence of them being allowed to stay open until 4 a.m. could potentially hinder our ability to bring redevelopment to that area because of the chronic nuisance nature of that facility,” Jackson said.

Jackson cited crime and litter among the problems she’s heard about.

More:Young professionals are key to growing Peoria. Here’s how the city hopes to attract them

City attorney Chrissie Kaputska said if issues continue, the city could look at making the club shorten its hours. But because its 4 a.m. license is active, she said it can only be revoked under due process in which it is found to be in violation of city rules.

At-large councilmember John Kelly agreed with Jackson and said “we need to keep our eye on this place” and if the city could find a way to “rid the neighborhood of this operation, I think we should.”