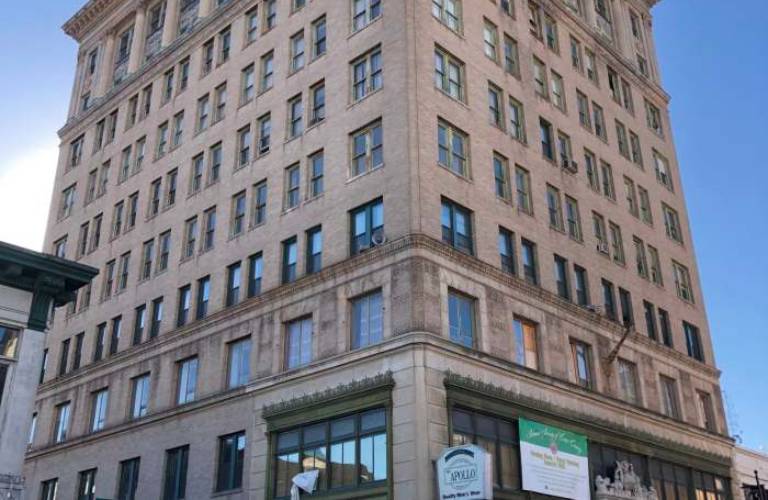 Paramount Assets said last week that renovations have begun on 20-24 Branford Place, the former Chamber of Commerce building in Newark that it purchased in December 2020.

The conversion of the 84,000-square-foot asset follows a nearly seven-month period where Paramount made a unique offer to sell the property back for no profit to the former owner — Islamic Society of Essex County — or to a group of its former worshippers who sued ISEC over the sale, to ease tension between those parties.

Before the sale, ISEC had its headquarters and a prayer hall in the Branford Place building. During informal mediation by the city of Newark, Paramount proposed reversing the sales transaction so ISEC and/or the group of worshippers could have the property back.

“Soon after our purchase, some of the worshippers at the ISEC’s former prayer hall in the building began opposing the deal, as they had a sentimental tie to the facility,” said Rich Dunn, Paramount’s senior vice president. “The property was offered for sale in an open and competitive bidding process by the ISEC, and Paramount won the right to buy the building, which we did.

“However, to help resolve the challenging situation between the seller and some of its worshippers, we offered ISEC and a group of worshippers the option to reverse the sale and buy the building back. The ISEC had no interest in reversing the sale, since the organization was thrilled with its new, newly renovated and modern building on nearby Hill Street.”

Paramount bought the 11-story Branford Place building in December 2020, and ISEC used the proceeds of the sale to purchase 9-13 Hill St. in Newark to serve as its new headquarters. This property — just four blocks from the 20-24 Branford Place building — is across from Newark’s city hall. ISEC opened a prayer hall in this new location in January, and is planning to offer a range of community services in the building.

Earlier this year, the city of Newark and its administration began the informal mediation and convened all the parties to seek a resolution to the situation. Paramount first offered ISEC the opportunity to reverse the sale in February. The purchase offer was then extended by Paramount to the group of former worshippers in April. Paramount set a Sept. 30 deadline for worshippers to close on the deal; however, that did not occur.

“After the sale, we learned that some community members had strong emotional ties to their former prayer hall in the Branford Place building. Paramount has deep roots in Newark, and we wanted an outcome that would benefit everyone involved,” Dunn said. “We worked with the mayor’s office, city council members and the group of former ISEC worshippers for months to develop a resolution to this challenging situation; however, an agreeable reversal of sale never materialized.”

The building, which is currently office space with a small segment of retail, will be converted into approximately 80 rental apartments — with a generous affordable housing component — plus ground-level retail space. After city review, the renovation could begin in the spring of 2022 and apartment occupancy could commence by summer 2023.