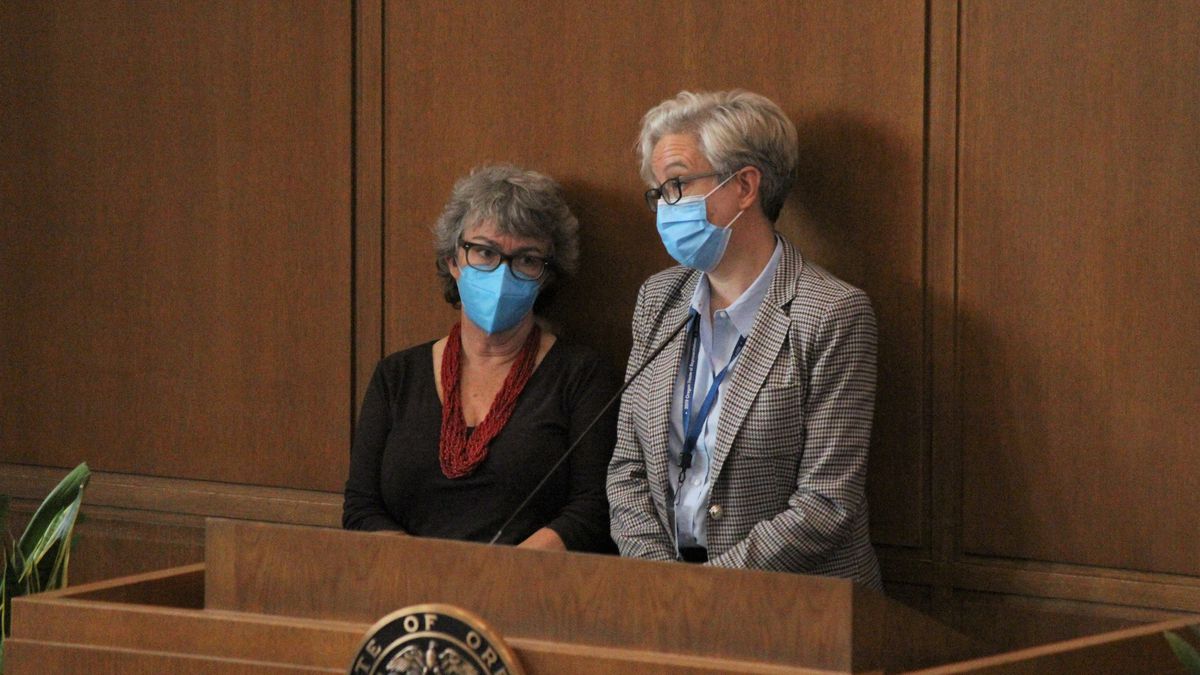 House Republicans remained absent from the Oregon Capitol on Saturday afternoon, denying Democrats a quorum and blocking proposals for redrawing the state’s political districts that GOP lawmakers argue are unfair.

Despite a late attempt by Democrats to float a plan for new congressional districts not tilted as steeply in the majority party’s favor, Republicans elected to stall the Legislature’s redistricting effort. If the stalemate does not end by Monday, lawmakers will lose their once-a-decade chance to create new political maps, turning the process over to Secretary of State Shemia Fagan, a Democrat, and the courts.

When the House convened Saturday afternoon, following hours of delay as the parties talked, just 34 lawmakers were present in the building, short of the 40 required to conduct business. Eight members were marked absent, and they could face $500 daily fines under House rules for denying a quorum. An additional 18 lawmakers had excused absences.

“I am so hopeful that we will achieve quorum in order to complete our business here in the House,” House Speaker Tina Kotek, D-Portland, said as the chamber sat idle. “We will stay under verification of quorum until something changes.”

But three hours later, no evidence of a change emerged. Democrats milled about on the House floor, and some began to collect their things and depart the chamber. A Republican spokesman said shortly before 4 p.m. that he did not expect any business to be completed Saturday.

Republicans’ boycott was hardly a surprise. The party signaled earlier in the week it was preparing to walk away from the session completely after Kotek on Monday backed out of a deal that gave Republicans an equal say on redistricting maps.

But a glimmer of possibility emerged Saturday morning when Senate Democrats posted a new proposal for how to split the state into six congressional districts. Democrats had for days refused to alter their initial proposal, which would likely give their party a 5-1 edge. The new map appeared somewhat more even-handed, but after discussion Republicans concluded it was still likely to end in Democratic dominance.

“At the end of the day this is the same outcome, maybe just a little more dressed up than the previous blatantly gerrymandered map,” said state Rep. Shelly Boshart Davis, R-Albany, in a committee hearing to take up the new proposal.

The new proposal, which was posted to a legislative website on Saturday, would likely create two certain Democratic seats, one safe Republican seat, a seat that leans Democrat, and one district that is a virtual toss-up, according to an analysis using Dave’s Redistricting. It contains several notable changes from the Democrats’ earlier proposal, which was likely to give Democrats a 5-1 hold over the state’s congressional seats.

One major change: Democrats had first proposed stretching the congressional district held by U.S. Rep. Earl Blumenauer, a Portland Democrat, farther east and south, so it connected Portland to Bend. That expansion drew sharp criticism from Republicans, who said Democrats were trying to export Portland’s liberal-leaning electorate to far-flung portions of the state.

In the new map, Blumenauer’s district has been scaled back. Instead, the district currently held by Democratic U.S. Rep. Kurt Schrader has been expanded to encompass Bend. As a result of the changes, Schrader’s district is now predicted to be almost a 50/50 tossup, rather than more safely blue. It’s a change that could nonetheless lead to a reasonably safe district for Schrader, one of the most moderate Democrats in the U.S. House.

Under the new proposal, a new, sixth district drawn up in Democrats’ initial plan changed little and still favors Democrats. Districts currently held by Democratic U.S. Reps. Suzanne Bonamici and Peter DeFazio do not appear to have changed from the first proposal.

The upshot: While the new map is less tilted in Democrats’ favor, it could still lead to a 5-1 split. And the fast-growing Bend region could ensure the district grows more Democrat-leaning over time.

The Senate on Monday passed Democrats’ proposals for both maps over Republicans’ objections and immediately voted to adjourn for the special session. The chamber will have to return to Salem to vote on the updated proposal if the House can come to an agreement.

While Republicans have criticized Democrats’ proposal for rejiggering legislative districts, GOP members have conceded that plan is fairer than the first congressional proposal — and possibly a far better deal than they would get if the Legislature fails to pass a plan and legislative maps become the responsibility of Fagan, the Democratic secretary of state.

The congressional maps have been the major sticking point of the session. Republicans and many national observers have said they amounted to blatant gerrymandering in the Democrats’ favor.

A spokesman for the House Republicans said Saturday afternoon the caucus had not yet taken steps to leave the state, as they have in past walkouts.