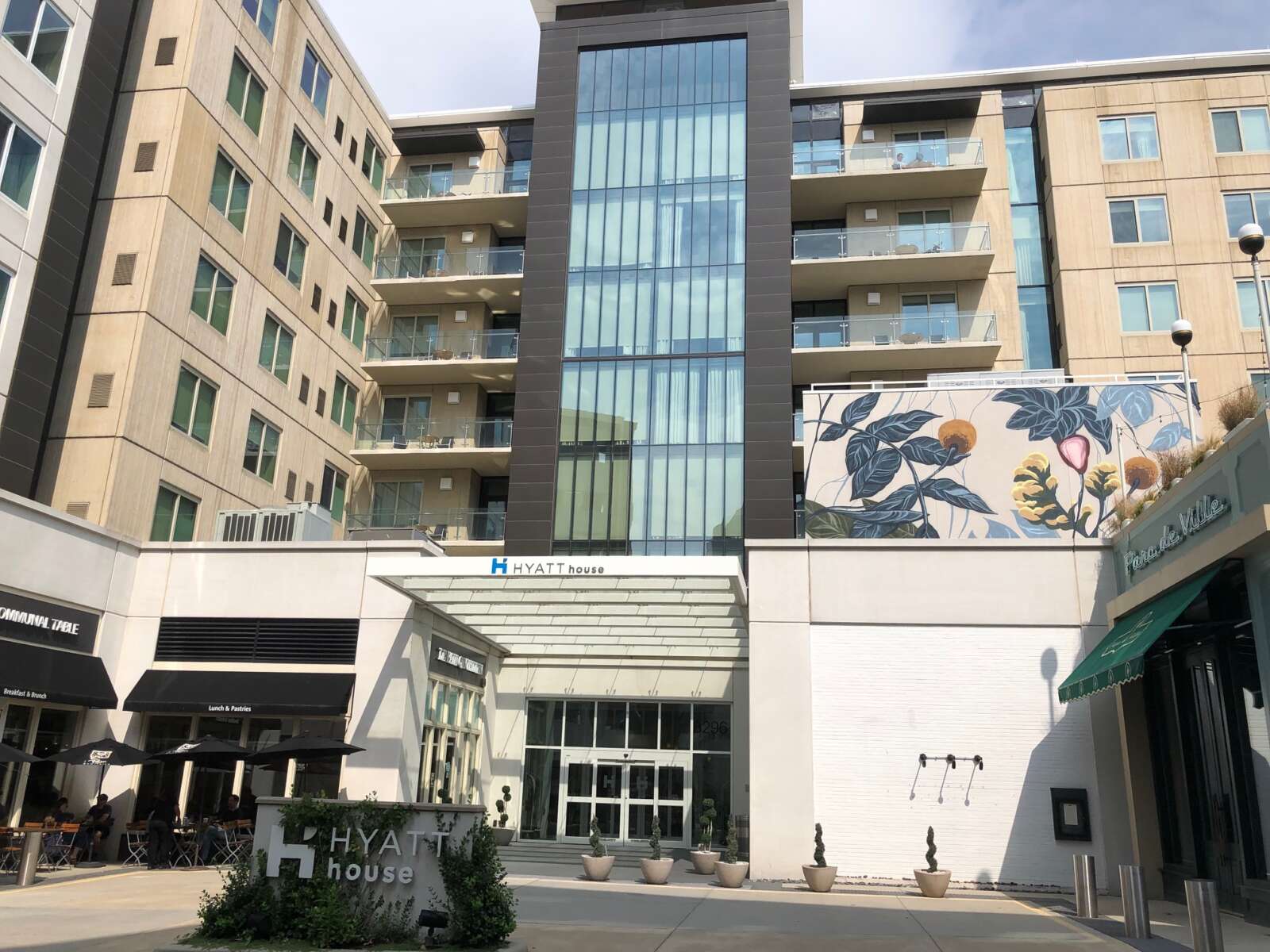 On the heels of its Scotts Run opening, Archer Hotel is now taking aim at another site in the Tysons area.

This time, instead of building a new building from scratch, hotel management company LodgeWorks Partners plans to renovate and convert the existing Hyatt House property in Merrifield into an Archer Hotel, adding an eighth location to its proprietary, boutique brand.

While Archer Hotels comprise the bulk of its portfolio, LodgeWorks also owns and operates hotels from larger, national companies, including four Hyatt Houses, which were designed for extended stays.

Located at 8296 Glass Alley, the seven-story, 148-room Merrifield Hyatt House has been at the Mosaic District since the mixed-use development opened on the old Multiplex Cinemas site by Route 29 in 2012.

With the renovation, the site will become Archer Hotel Falls Church. It is LodgeWorks’ first conversion, according to President Mike Daood.

“We developed this hotel back in 2012 as an upscale, independent lifestyle hotel — and it’s incredibly exciting to return to those roots,” Daood told Tysons Reporter by email. “…It’s an irreplaceable asset in one of the area’s most innovative retail and entertainment districts and a tremendous fit for Archer.”

According to Archer Hotel’s website, the conversion process will begin on Dec. 15 with remodeling work starting in January 2022. The hotel will remain open during its renovation.

“With thoughtful planning, we’ll work to ensure that our guests are comfortable with minimal disruption during the transition,” Archer Hotel says.

Like Archer Hotel Tysons, which opened near the McLean Metro station on Tuesday (Sept. 14), the Merrifield location will offer four different room designs. Amenities will include an AKB hotel bar with food and beverages, daily turndown treats for guests, and complimentary Wi-Fi.

Daood says Archer’s two D.C.-area hotels “will tout Virginia-centric design and stories,” but every site in the brand is unique.

“Each will be special in its own right,” he said.

Archer Hotel’s expansion comes amid continued struggles for the hospitality industry due to the COVID-19 pandemic.

The American Hotel & Lodging Association projected in August that the industry will finish 2021 with a $59 billion decline in revenue from business travel compared to 2019, exceeding the nearly $49 billion lost in 2020.

Local hotel managers and workers started to see some signs of life early this summer, but occupancy rates were still around 50{49352ce17ba8b8c977b46090d4022735cbbf9c8d2a96e7181f87be9b36a1fd69}, noticeably down from pre-pandemic times. A study commissioned by Tysons Partnership predicted the area’s hotels might not recover until 2025, and that was before the Delta variant clouded the future once again.