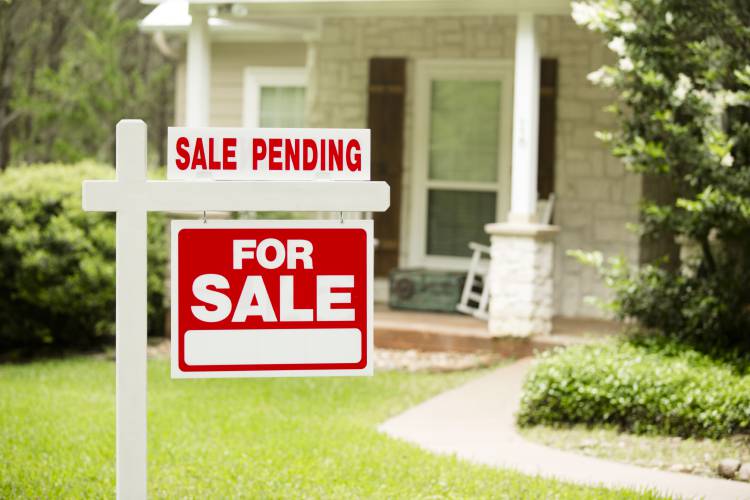 For Pamela Stohrer and her husband, John, real estate has been on their minds for years now. Their struggles to sell their house showed them the strange ways of the housing market three years ago, but this summer, they stepped into what many local realtors believe is the most intense housing market in recent memory.

Three years ago, Stohrer said, trying to sell their house in Hillsborough resulted in “not one offer.” But in June of this year, seeing how hot the real estate market was, they decided to try again.

“Through some kind of crazy luck, a very nice couple in Oakland, California was looking for homes to buy in New Hampshire,” Stohrer said. The couple saw the house online, came to visit, and made an offer that same night.

“We were shocked that we would have found a buyer this easily this time, and we said yes just about immediately,” Stohrer said.

But maybe she needn’t have been so shocked – most real estate agents in the area say that in some regards, selling a house has never been easier.

“It’s a great time if you get a listing,” said Matt Despres, an agent with Despres and Associates in Jaffrey. “Marketing a new listing has become easy.” Once a house goes up on the market, he said, multiple showings and multiple bids are sure to follow. Sometimes they sell so fast that the real estate agency has no time to put notice of the listings anywhere besides online. And often, many offers will come will come in over asking price.

Heather Peterson, an agent at Four Seasons Sotheby’s International Realty – formerly known as Petersons Real Estate – in Peterborough, said that this is due to the overall lack of houses on the market.

“I have never seen such low inventory and in such intense competition for the amount of inventory available,” Peterson said. “In this market, the competition is very fierce.”

The main issue this causes, she said, is fatigue and frustration on the part of homebuyers. “You might be working with a buyer and make four or five offers, and have that buyer be disappointed, and have no offers accepted,” she said. “The emotional toll of constantly making offers and not being the winning bid.”

“For first time homebuyers, it’s almost like, you can really get discouraged and want to quit,” said Despres. Being up against so many other buyers and consistently getting outbid can be wearing, he said.

That side of the market rattled Stohrer and her husband in their search for a new home, as well.

“I was extremely anxious. I mean, awake at night anxious,” she said. “Because there were so many people bidding – we saw lots of people that have been outbid on five or six properties they really loved.”

They did eventually find a house in Francestown, after viewing several properties and having one offer rejected. The accepted offer, she said, was made the same day they saw the house, and was accepted two days later.

This kind of anxiety actually applies to sellers too, according to Shelton, due to the sheer volume of offers.

“I personally feel sorry for both buyers and sellers,” she said. “They get multiple offers, they don’t know what to do, so we have to really sit down with them and go through them and really consider. I’ve seen sellers actually really frustrated too – it’s tricky all around.”

And for some buyers who are ready to give up, there aren’t many alternatives for housing, according to Peterson. Renting is difficult, as that market is “also incredibly stressed,” since rental openings are almost nonexistent and rent prices are increasing due to the properties changing hands and owners looking for investment gains.

Buying land to build a house is also difficult due to supply chain issues for construction materials, Despres said. Twice this year, he has helped clients find land to build on, and both times the clients had extreme problems with materials, such as 16 week delay for the components for kitchen cabinets.

And for the real estate agents themselves, the market certainly keeping them busy – but not terribly happy.

“I love real estate, and I love being involved in the business of it, but this isn’t my favorite market,” Shelton said. “This is very different than anything I’ve seen.”

And when will it be over? Peterson said that it’s difficult to be sure. Some saw this intense market coming as available inventory went down, but did not anticipate it being as strong as it has become. And unless there is a sharp uptick in people wanting to move or new constructions, she said, she’s unsure when to look for a relaxation of the market.

“Obviously, everything goes in cycles,” she said. “But how long this will last… I just don’t know.”

At least until springtime, she said, as the housing market is often tight in the winter since people are less likely to want to move during those months. Another indicator, she said, would be to watch more urban markets, in Boston and around New York City, as more rural areas are often a few months behind those trends. And it hasn’t softened yet in those places.

“When they soften there, then we have the luxury of waiting for maybe another six months after that,” Peterson said.

Until then, local buyers and sellers will keep having to keep up with the intense market, and hope everything works out for them like it did for the Stohrers.

“We feel very fortunate that everything was copacetic,” Stohrer said, as she and her husband prepare to move to their new home. “We are still a little bit in awe that things worked out for us.”