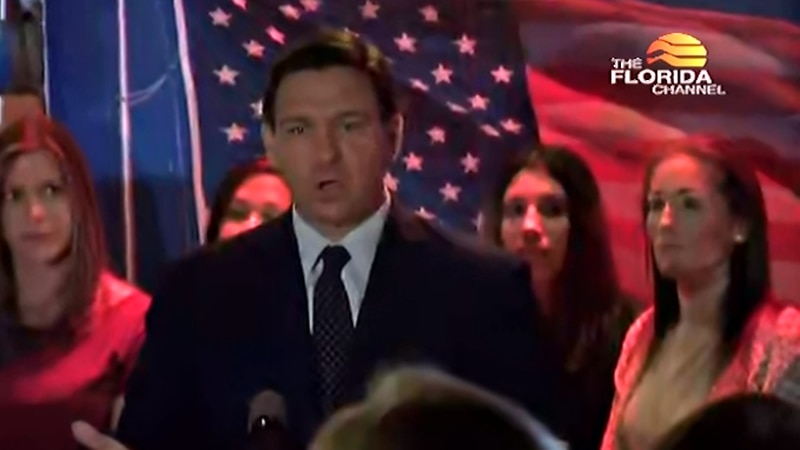 The House Education and Employment Committee advanced two bills that members said would further cement parents’ ability to decide what’s best for their children. One relates to instructional materials and school board members’ pay (HB 1467) and the other to school procedures regarding children’s well-being (HB 1557).

But the measures drew fierce criticism, including from members of the LGBTQ community, who argued that the latter proposal appeared to target and minimize their concerns by prohibiting discussion in elementary schools about gender identity and sexual orientation.

“We are your brothers and sisters,” Jon Harris Maurer of Equality Florida told the panel. “Conversations about us aren’t something that should be banned.”

Controversy over culture issues in schools has become common in the Capitol. Earlier this week, the Senate Education Committee favored legislation to curtail school lessons about race and gender, to the consternation of Black parents and leaders.

These issues have also created more tension between school boards and parents.

“We want to focus our schools on parental engagement and parental involvement, and by eliminating, quite frankly, the financial incentive for politicians to want to use (their school board position) as an opportunity either as a launching pad to a political career or maybe a landing pad by which to get a salary,” said state Rep. Sam Garrison, R-Fleming Island.

These debates are nothing new, but they appear to be gaining momentum.

State Rep. Randy Fine, R-Palm Bay, has earned a reputation as a firebrand over the issue of parental rights since the start of the pandemic. He is a vocal proponent of eliminating school board members’ pay, a piece of a larger bill on instructional materials.

Eliminating school board members’ salaries got the lion’s share of the attention during the debate.

“I’ve seen in particular a number of school boards that have come off the rails over the last year, and have done exactly what Representative Garrison has talked about, putting politics before students and before their parents,” Fine said.

But the idea has Democrats and some in the education community concerned about the message it sends those who want to get involved.

Chris Doolin, a lobbyist with the Small School District Council Consortium, worried the proposals would make it harder for candidates who are not independently wealthy.

“We have huge school districts in Florida, and the job of a school board member is insurmountable depending on the district, depending on the current events happening,” she said. “To write them off as volunteers, It’s an insult to their work.”

Lawmakers have proposed the idea of limiting board member terms or cutting their pay several times in recent years, but those proposals have gone nowhere. Florida education officials also have taken many steps to exert their authority over school districts, regardless of the authority granted to boards in the state Constitution.

We’ll break down the local and state education developments you need to know every Thursday.

You’re all signed up!

Want more of our free, weekly newsletters in your inbox? Let’s get started.

Explore all your options

The new twist is explicitly tying the idea of shrinking school board controls to growing parental roles.

Lawmakers did not connect the concepts when they first raised the idea of creating a parents’ bill of rights in 2019. They argued that governmental entities such as schools too often “think they know better” than the parents they serve, but the idea at the time was to clarify the parents’ authority to make decisions for their children.

The idea that the push for parental rights might harm LGBTQ children is nothing new, either. Advocates objected from the first debates in 2019, concerned that the push may violate children’s right to privacy, if schools must tell parents about students coming out to them who don’t want their parents to know.

Their fears have not abated since, and they were rekindled with this latest bill on parental rights.

Rep. Joe Harding, R-Williston, introduced the four-page HB 1557 as a bill to ensure that schools will not make decisions regarding students’ mental, emotional or physical health or well-being without involving parents. If schools violate the rule, he explained, parents would get the power to seek legal action and, if successful, win legal fees.

Questioning immediately turned to one line in the bill stating, “A school district may not encourage classroom discussion about sexual orientation or gender identity in primary grade levels or in a manner that is not age-appropriate or developmentally appropriate for students.”

Democrats on the panel wanted to know how such a provision would affect classroom discussions about children’s families. What if a teacher overhears a student tell another he is gay? Could a school employee sponsor a Gay-Straight Alliance?

Harding said the bill would not stop conversations. Its intention, he said, is to regulate school and district procedures involving changes to students’ services.

“What we don’t want is for the school district to be taking on the role of the parent, because they’re not,” he said, suggesting that cooperation would prevent problems.

Acknowledging concerns that some LGBTQ youth might face abusive situations at home, he included in the bill a section that would permit schools to withhold information from parents “if a reasonably prudent person would believe that disclosure would result in abuse, abandonment, or neglect.”

Several speakers rose to oppose the bill, primarily over the section on sexual orientation and gender identity. They suggested the item was stigmatizing, and noted that lawmakers did not attempt to tackle any other potentially controversial matters that might arise in school.

Some praised the committee for recognizing parents’ rights.

January Littlejohn, a Tallahassee mom, related how her daughter’s school created a gender identity plan for her daughter without the family’s knowledge or permission. This bill would prevent that from happening, she said.

“When parents are excluded from decisions affecting their child’s health and well-being at school, it sends the message to children that their parents’ input and authority are no longer important,” Littlejohn said.

The committee favored the bill 15-5.

Every Thursday, get the latest updates on what’s happening in Tampa Bay area schools from Times education reporter Jeffrey S. Solochek. Click here to sign up.