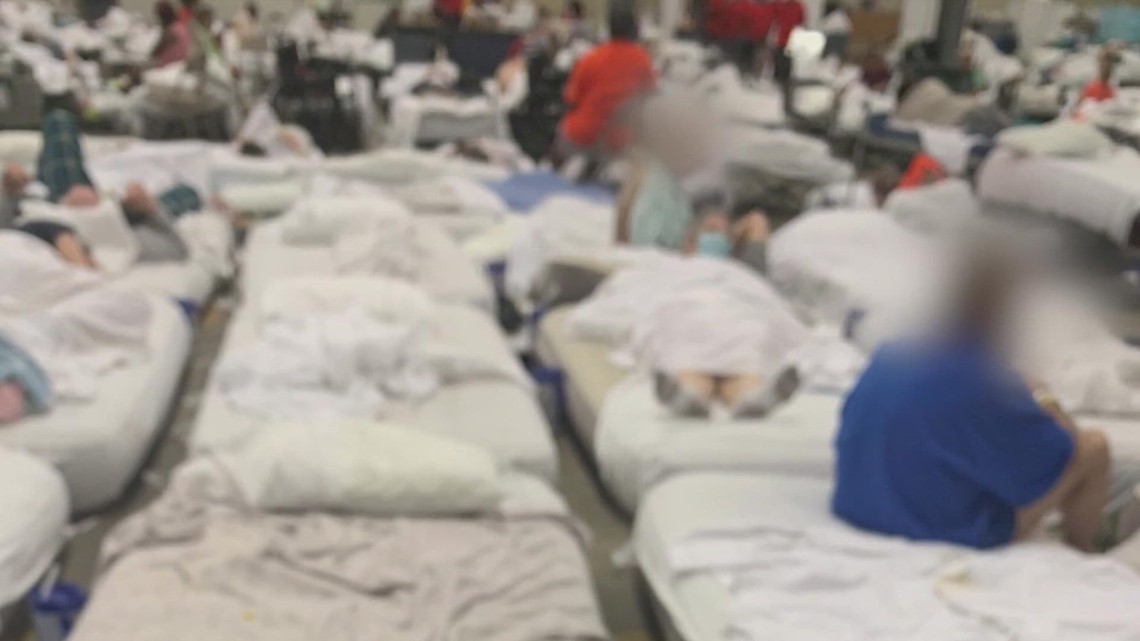 “What’s the purpose of a mandated plan that can say anything, apparently, if nobody has to approve (it)?” one state representative asked. “Who signs off on them?”

BATON ROUGE, La. — Representatives for the Louisiana Department of Health gave few answers to lawmakers at the first legislative hearing about the deadly Independence Warehouse evacuation of 843 nursing home residents.

State senators and representatives on the Joint Medicaid Oversight Committee meeting questioned a panel of attorneys representing LDH through the warehouse situation’s fallout.

A total of seven nursing homes across four Southeast Louisiana parishes, owned by real-estate mogul Bob Dean, evacuated to a warehouse in Tangipahoa Parish that was also owned by Dean.

Residents and workers there described putrid conditions and poor care. At least 15 of those residents have died since the evacuation to Independence, La. Five of those deaths so far have been classified as storm-related.

The conditions at the facility got so bad that LDH swooped in on Sept. 1 and began moving residents out. Over a 48-hour period, nearly 450 residents were taken from the warehouse and sent to shelters across the state.

The hearing Friday, part of the committee’s regular meeting, was a chance for officials to get some answers about how conditions deteriorated so rapidly, and why the residents were allowed to go there in the first place.

But lawmakers such as Rep. Tony Bacala were visibly frustrated at the lack of answers given at the hearing by Stephen Russo, LDH’s director of legal affairs.

Flanked by the other LDH lawyers, he cited attorney-client privilege, a lawsuit filed by a resident against LDH over the evacuation plan, and ongoing state investigations while declining to answer a number of questions related to the incident.

Chiefly among those unanswered questions was one of accountability: Who was responsible for approving the evacuation plans of the seven nursing homes that sent residents to the Independence warehouse ahead of Hurricane Ida?

“What’s the purpose of a mandated plan that can say anything, apparently, if nobody has to approve (it)?” Bacala asked. “Who signs off on them?”

According to Russo, LDH is not responsible for approving either the full nursing home evacuation plans, or the separate summaries of those plans that they receive — except when renewing licenses for the nursing homes each year on behalf of the federal government.

The state’s health department said the plans should be submitted to each facility’s home parish, through that parish’s office of emergency preparedness. The state only gets a summary, which they review simply to make sure the 140+ page document doesn’t have any requirements missing.

But parish-level officials say it is LDH’s job, not theirs, to approve the plans. They also claim their sole responsibility is to review the plans and not to give them a thumbs up.

“The parish OHSEP does not have a role in approving the plans,” said Michael Tidwell, a spokesman for the city of New Orleans, where two of the nursing homes were. “That responsibility lies solely within LDH.”

Much of the frustration appeared to stem from a lack of absolute answers from LDH, even to questions that would seem easy to answer.

When Rep. Rick Edmonds, the chairman of the committee, tried to confirm that there was no chance the displaced residents could go back to the Independence warehouse if another hurricane struck, he couldn’t get a concrete answer.

All seven nursing homes have been formally shut down by LDH, the residents have been moved to other, certified nursing home facilities across the state, and Russo said he wasn’t aware of any other facilities whose plans to evacuate included Independence, let alone the specific warehouse owned by Bob Dean.

“I don’t know how we don’t get a definitive answer to that question,” Edmonds said.

At one point, when Sen. Bob Hensgens asked a question confirming how the state handles deficiencies found while renewing licenses, Russo huddled with the other attorneys before answering the procedural question.

“That’s a yes or no,” Hensgens said while the LDH lawyers conferred, before answering his own question. “The answer is yes.”

Rep. Thomas Pressly honed in on the fact that Louisiana state law allows nursing homes to shelter people in unlicensed facilities for up to five days after a storm. His question was simple: Is there a minimum standard for those facilities?

Before he finished asking the question, one of the attorneys began shaking his head and leaned in whisper in Russo’s ear. After listening for a second, Russo straightened and spoke to the microphone.

“No, I cannot answer that.”

If you have a loved one who was at this facility or worked there yourself, we would like to talk with you. Email [email protected] or text 504-641-3471.

If you are still searching for a loved one who was rescued from the Independence warehouse, WWL-TV would like to talk with you about the situation and provide any resources available to help you find them. Contact us by emailing [email protected] or send a text message to 504-641-3471.

► Get breaking news from your neighborhood delivered directly to you by downloading the new FREE WWL-TV News app now in the IOS App Store or Google Play.