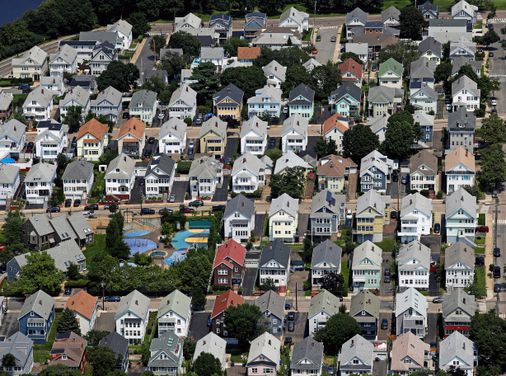 In the 160-member state House, districts in which people of color make up a majority of the population would increase from 20 to 33. In the 40-member Senate, they would increase from three to five. In some, but not all, of those districts, people of color would also make up the majority of eligible voters, positioning them well to send a candidate of color to a Legislature that is currently far whiter than the state as a whole.

Lawmakers will solicit public comments on the proposal through Monday. They aim to pass the legislative maps into law by the first week of November and said they will soon unveil proposed districts for Congress.

The new legislative maps are drawn with an eye toward amplifying the political voice of people of color in the communities where their ranks have grown the most over the past decade: largely in the Boston area, but also in Worcester, Springfield, and Lawrence, a Latino-majority city of immigrants in the Merrimack Valley.

“There is not a single place on the House map where you can draw a majority-minority opportunity district where we haven’t,” said State Representative Michael J. Moran, the House’s leader on redistricting.

History shows that drawing majority-minority districts — particularly when no single ethnic group makes up more than 50 percent of a district’s population — does not always empower communities of color to elect candidates of color, nor does it ensure that the legislative body will grow more diverse. Advocates emphasize that fair maps are necessary, but not sufficient, for ensuring communities of color secure political representation and for providing candidates of color the chance to break into an old-school political system where insiders reign and most insiders are white.

A number of the new majority-minority districts are not currently home to an incumbent. Experts say open races give candidates of color better odds of breaking into the state’s rigid power structure.

The proposed lines, which would go into effect for elections next year, are also drawn to reflect broader shifts in population. Districts in Western Massachusetts have crept eastward or been consolidated, reflecting the dwindling number of residents in that region and the growth on the state’s other side.

In battleground states, the decennial redistricting process is a bloody slugfest for partisan advantage, with mapmakers drawing curiously shaped districts to favor their own allies. In Democratic-dominated Massachusetts, the fights are subtler — over an advantageous precinct, or whether to split this town or that.

Massachusetts — the birthplace of the word “gerrymander” — has a pockmarked history with its political maps, which have been struck down as racially discriminatory as recently as 2004.

But in 2011, under new leadership, the Legislature’s redistricting efforts drew rave reviews from advocacy groups, making Massachusetts the rare state that did not draw a single lawsuit.

This year’s process was an attempt to build on that success, mapmakers said.

The House intends to create a district encompassing all of Chelsea, a city of roughly 40,000 people where more than two-thirds of the residents are Latino. The city is currently represented by Daniel J. Ryan, a white Democrat from Charlestown whose newly drawn district would remain anchored in that Boston neighborhood, reach north into Everett, and then extend south through parts of Cambridge, over the Charles River, and into parts of Allston-Brighton and the Back Bay.

Advocates in Chelsea have called for a district anchored in the low-income immigrant community, saying a representative from the community would help secure much-needed resources.

On the Senate side, mapmakers plan to add one majority-minority seat in the Latino-majority city of Lawrence, and another that includes Chelsea, Everett, Charlestown, and Cambridge. Other Senate districts that were already populated mostly by people of color would shift slightly.

In two cases — for Black voters in Boston and for Hispanic voters in Lawrence — Senator and redistricting leader William N. Brownsberger said, new districts were drawn where “the existing district structure prevented a minority from electing candidates of their choice” — potential violations of the Voting Rights Act.

In Lawrence, advocates have said the district’s current makeup stifles the political power of the city’s Latino communities.

“It is drawn in such a way as to disadvantage the Hispanic voter,” Brownsberger said of the current district. “The elections in the area show a pattern of white voters defeating Hispanic candidates of choice. . . . Hispanic candidates have not had the ability to get elected.”

Now, the Legislature is proposing to draw a new Merrimack Valley Senate seat where 59 percent of residents, and 49 percent of eligible voters, are Hispanic. The new map splits Lawrence from Andover — its much wealthier, white-majority neighbor to the south — and instead pairs the immigrant city with parts of Haverhill and rapidly diversifying Methuen, where locals say the community overlap is much more natural.

In Boston, the Second Suffolk Senate District, currently held by Sonia Chang-Díaz, would become a majority-Black district, shedding some white communities in Jamaica Plain as well as the South End, and picking up most of Mattapan and some of Hyde Park.

That heeds a request from advocates, who said Black Boston voters’ voices were stifled when the community was split into two districts, neither of which was represented by a Black senator.

“We are extremely satisfied with a victory on this front,” said Kevin Peterson, who heads the New Democracy Coalition, a group that had advocated for a majority-Black Senate seat.

Other advocacy groups praised the Legislature’s efforts overall but cited “missed opportunities” in the Senate map. In its own proposal, the Drawing Democracy Coalition, which includes the ACLU of Massachusetts and other civic engagement groups, had proposed drawing seven majority-minority Senate seats, compared with the five Brownsberger advanced Tuesday.

Beth Huang, who convenes the coalition, took issue specifically with the map for the majority-Black city of Brockton. Advocates had proposed anchoring another majority-minority seat there, but Brownsberger opted not to, arguing that though such a district would be possible in the region, “there was not an adequate majority population of any particular minority.”

Huang praised lawmakers for proposing a majority-Black Senate district in Boston, but said the shifts in the new map mean taking voters of color out of another majority-minority Senate seat in the city. The other district, currently known as the First Suffolk and held by Senator Nick Collins, remains majority-minority by the numbers, but its white voting bloc is likely to be decisive, she said.

The group urged lawmakers to “reconsider these districts.”

Further criticism came from State Representative Andy Vargas, a Haverhill Democrat, who said the proposal “cuts out the heart of the city” by grouping Haverhill’s Hispanic communities with Lawrence. Drawing a majority-minority district rooted in Lawrence is crucial, he said, but the seat should be drawn without carving up his home city.

Vargas had already announced plans to run for the Senate district before the new boundaries were revealed, and would likely have a harder time competing in a newly constituted district.

Haverhill is hardly the only community split by a legislative district — divisions experts say are the inevitable consequence of carving up a state of 7 million people into districts of roughly equal sizes.

The new maps largely avoid pitting incumbent lawmakers against one another. No Senate incumbents will have to compete.

In the House, Biden administration nominees and Representatives Claire D. Cronin of Easton and Maria Robinson of Framingham would fall into districts currently occupied by their colleagues and fellow Democrats, Brockton’s Gerard J. Cassidy and Framingham’s Jack Patrick Lewis. If both women are confirmed to federal posts, they’ll avoid head-to-head matchups.

Paul W. Mark would fall into a district with fellow Democrat John Barrett III, as the four House lawmakers representing Berkshire County are tightened into three districts. But Senator Adam Hinds, who represents Pittsfield, is running for lieutenant governor, opening an opportunity for one of the Western Massachusetts representatives to seek his open Senate seat next fall.

The House proposal would also place longtime Representative Elizabeth A. Malia into the same district as fellow Jamaica Plain Democrat Nika C. Elugardo. But Malia said Tuesday she does not intend to run for office in 2022.

State Representative Paul K. Frost, an Auburn Republican and the House’s ranking minority member on the redistricting committee, said, “We don’t have a sense that there was anything [in the proposed maps] to make life more difficult for any Republican members.”

One long-held Republican district encompassing several towns on the North Shore — represented until recently by Bradford Hill of Ipswich — would now be carved up between at least four other districts, three of which are currently represented by Democrats. Whoever succeeds Hill in an upcoming special election would likely have to run against a neighboring incumbent.

Frost called that a “very promising district” for Republicans.