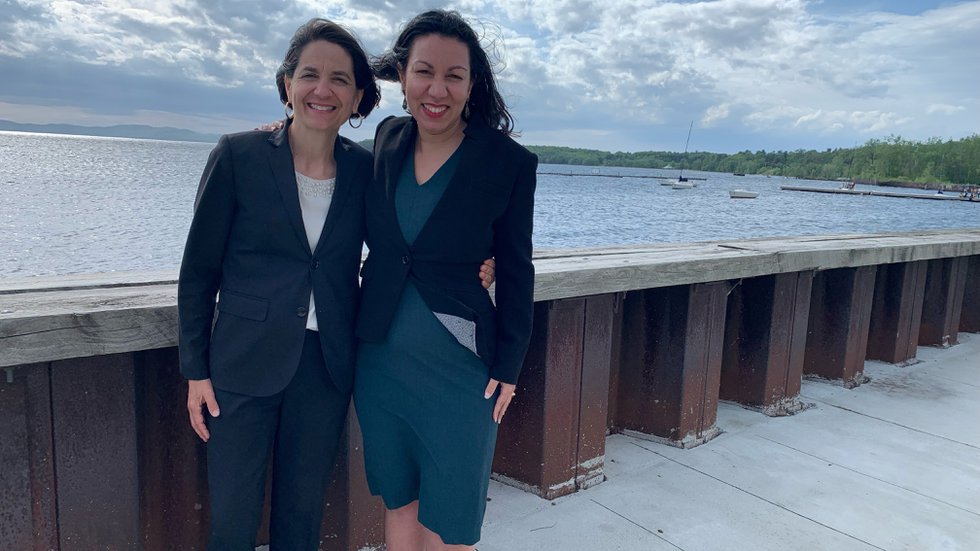 MONTPELIER, Vt. (WCAX) – Chittenden County Sen. Kesha Ram Hinsdale is dropping out of the race for the U.S. House of Representatives.

The Democrat launched her campaign in January following Congressman Peter Welch’s announcement he would seek to replace Sen. Patrick Leahy. Thursday was the deadline for candidates to file for the August primary. Ram Hinsdale filed to run for U.S. House and state Senate, but she confirms to WCAX that she is no longer running for the House seat and is instead endorsing Senate President Pro Tem Becca Balint.

“We are both people who are focused on the issues and the policies,” Balint said. She says Ram Hinsdale’s endorsement is a big boost to the campaign and will help build a broader coalition of supporters.

One of the other frontrunners, Lieutenant Governor Molly Gray, says despite this news, her campaign is undeterred and will continue pushing toward the August primary. Gray has already won a statewide race and says her team has made over 20,000 calls to Vermonters.

“We’ve been in homes and backyards and general stores across the state meeting with hundreds of Vermonters. This campaign is building momentum by the day and I’m so excited for the weeks and months ahead. We’re just getting started,” Gray said.

“This changes the dynamic of the race absolutely and considerably,” said Chris Graff, a long-time Vermont journalist and political observer.

He says Gray has deep ties with supporters of Senator Patrick Leahy and Congressman Peter Welch and unlike Balint, has won a statewide race. Graff also says Ram Hinsdale and Balint were largely campaigning for the same Progressive/Democratic voters, where Gray falls closer to the center.

“Now that you have a head-to-head between Becca and Molly, it will be a much clearer race and a much tighter race,” he said, helping voters draw clearer policy differences between the candidates. “We’ve seen these Democratic primaries be close before and I suspect we’ll see this one be close too.”

Even though she is stepping back from the congressional campaign, Ram Hinsdale said she will continue planned campaign events supporting Balint.

Ericka Redic and Anya Tynio are seeking the Republican nomination.