Is that home improvement contractor legit? 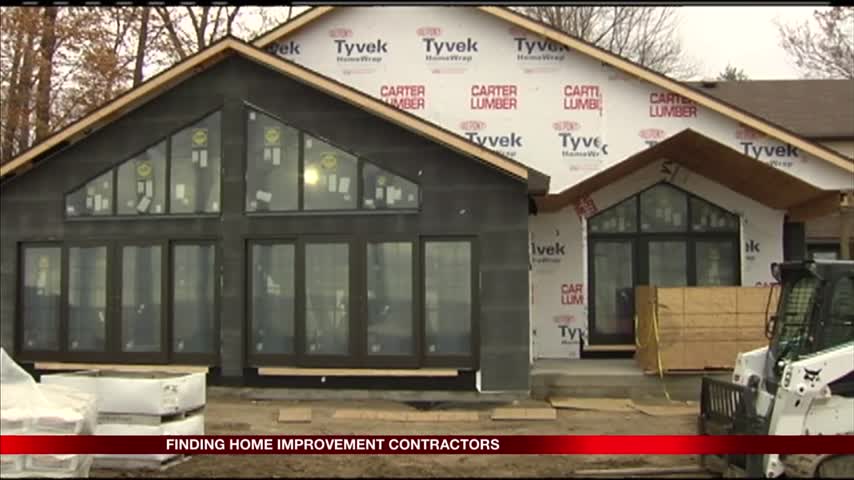 (WJET/WFXP/YourErie.com) — As winter wanes and spring becomes summer, homeowners and do-it-yourselfers are eying improvements around their houses and on their properties.

Within social media groups and neighborhood pages online, individuals and companies are posting their home improvement services – from electrical to plumbing to painting to landscaping to overall contracting and construction services.

A recent thread on the Edinboro Neighbors Facebook group saw discussion with an electrician posting his services and people questioning his qualifications. Did he have insurance? Was he licensed? The electrician essentially refused to answer the question publicly, instead he told people to message him directly. That led to additional skepticism.

How does one know if the contractor they’re hiring really is qualified and able to do the job?

Tom Montagna is the president of the Builders Association of Northwestern Pennsylvania. He also is the owner of Tom Montagna builders. He says common sense can go a long way when choosing a builder for a project.

“People just have to use common sense and do their due diligence – that’s what it boils down to,” he said. “Even if it’s a small job – the size of the job doesn’t matter, the skill level of the job does. You want to make sure you call somebody who knows what they’re doing.”

Warning: Construction season ahead in PA

Montagna stressed the importance of word-of-mouth reputations when it comes to choosing a builder.

A major red flag, Montagna said, is a builder that asks for money before the job is complete.

“Yes, there are a lot of unscrupulous contractors, and there always will be. No matter what Pennsylvania does with state registration, people are hurting and they need money, and unfortunately they charge half down and then they never show up. And that’s where people get in trouble,” Montagna said. “If you’re reputable, then you have credit at all your suppliers, and the bill isn’t due for 30 days. You have credit all over this town with different suppliers.

It’s important to hire a reputable builder to save yourself money in the long run, Montagna explained. He described a hypothetical situation where a homeowner hires somebody from the Internet or social media to fix their roof. That person only charges $4,000 whereas a reputable contractor may have charged $10,000. In the end, the job is “done,” but maybe the roof leaks.

“Now you’ve got to call me, and we’ve got to come in and fix it. Unfortunately, 90% of the time, we’re going to say we have to get back to the wood,” Montagna said. “So now you’re going to pay again to take the roof off, and then again to put the roof back on so we can guarantee our work.

“We’re not going to guarantee someone else’s work, so it’s going to cost you more than if you would have just hired us from the beginning.”

Montagna said people should try to get three bids for each job. Hopefully, he said, all three bids will be about the same cost.

“If one is way low, and one is way high, that doesn’t mean you take the middle one right off the bat. You’ve got to do some research,” he cautioned.

And don’t automatically trust the photos you see of completed projects on a company’s website or social media page, he said.

“Just because they have a website that shows these glorious jobs, that doesn’t mean they’re good,” Montagna said. “You have to ask around — I don’t think people do enough due diligence.”

That said, not every job around the house needs a contractor. It depends on the job, he said.

“If you’re looking for some pressure washing, so long as the person doing the pressure washing has five different heads on the pressure washer and knows what to use, you’re fine,” Montagna said. “If you need someone to sweep out the garage or cut the grass, whatever you want to pay them, that’s between the two of you. But if you’re building a porch, you probably want to hire somebody who knows what they’re doing so they’re flashing it right so you don’t have water coming down the side of your house.

“It depends on the job – pressure washing is one thing, and building a patio is something else.”

Montagna relied on a couple of old adages as a final word of caution: “If it seems like it’s too good to be true, it usually is; Cheaper doesn’t always mean it’s better.”

The Builders Association of Northwestern Pennsylvania recently published a checklist for “Finding & Hiring the Right Contractor” on its website.

The association has additional advice publications for homeowners on its site.