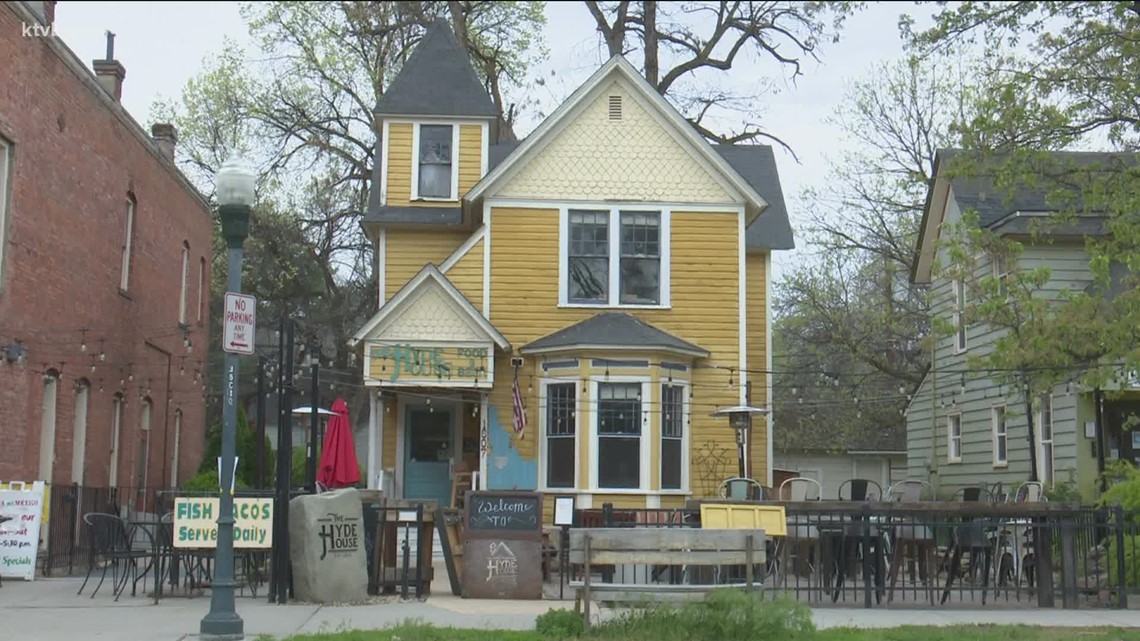 There are currently six wage claims filed against the Hyde House, according to The Idaho Department of Labor.

BOISE, Idaho — On May 1st, the tenants running The Hyde House in the North End decided to permanently shut their doors.

“They put a sign out that they were short on staff, going to be closed Friday, Saturday, and Sunday, when I opened the door I said ‘hi what’s going on?’ and she said ‘hi, we are done, we are closing we have closed,’” said Jill Monteith, owner of the building.

Monteith originally opened the Hyde House with her family in 2015, she found new tenants to continue operations in 2021.

“We negotiated a deal with them to purchase the business and then to be my tenant in a home on a three-year lease,” Monteith said.

Monteith wasn’t aware of any struggles to pay rent from the previous tenants. She did however say they were late on rent payments from time to time but didn’t think much of it.

Sky Mcgehee is one of many young employees who worked at Hyde House. She quit in October of 2021 after multiple checks bounced.

“I had a great time working there, I loved my coworkers, and my manager was awesome,” Mcgehee said. “When our accounts were negative, hundreds and hundreds of dollars, they showed absolutely no accountability.”

According to Mcgehee, she took her last check to her boss, Cynthia Sauer’s bank to cash it, and the bank said there was no money in the account.

“I couldn’t pay rent, I couldn’t make my car payments, I couldn’t pay my cell phone, my insurance, my account right now is overdrawn because of the faulty check,” said Dian Lawrence, who is also a former employee.

Lawrence was a chef at the restaurant. He said occasionally Sauer would pay him in cash, but when it was a check it was often not for the full amount.

The Idaho Department of Labor told KTVB that there are currently six wage claims filed against the Hyde House. All of the claims are in the fact-finding stage.

According to Lawrence, Sauer has been unreachable and went on vacation. While her whereabouts are still unknown Monteith is confident that the community will be happy with the next tenants.

“We are going to be really careful of who we rent to next that is going to be a viable, amazing part of the community,” Monteith said.