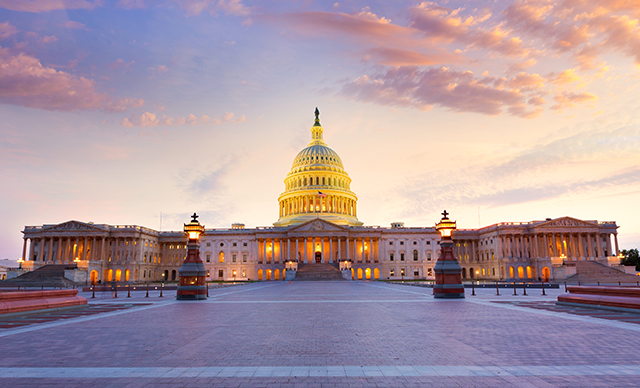 The nearly $2 trillion Build Back Better (BBB) Act, passed Friday by the U.S. House of Representatives, contains many items of interest to CPAs, their clients, and their employers.

This article examines nontax provisions in the bill, H.R. 5376. A separate article covers the myriad tax-related items in the bill.

The House’s passage of the BBB Act came after months of negotiations between moderate and progressive Democrats in the House and the U.S. Senate. House Speaker Nancy Pelosi, D-Calif., had hoped to have the House vote on the bill on Nov. 5, but those plans were scrapped when several moderate Democrats said they would not vote on the bill until the Congressional Budget Office released its official estimate of the impact on the U.S. deficit.

The CBO’s estimate on the bill adding $160 billion to the deficit over 10 years was finalized on Thursday.

The bill now goes to the U.S. Senate, where it is expected to undergo a couple of weeks of assessment to determine if all provisions of the bill qualify to be passed through the budget reconciliation process. Reconciliation allows certain budget-related bills to be passed by as few as 51 votes and avoid being stopped by a filibuster, which requires 60 votes to end.

The 100 Senate seats are split 50-50 between Democrats and Republicans, with the chamber’s president, Vice President Kamala Harris, representing the tie-breaking vote. Republicans have been unified against the BBB Act, leaving Democrats with the chore of crafting legislation that adheres to reconciliation rules and is palatable to all 50 of their senators. The legislation looks unlikely to escape the Senate chambers in its current form, with Sen. Joe Manchin, D-W.Va., telling CNN on Thursday that he has not yet decided whether to support the bill.

In one of its most significant and contentious provisions, the BBB Act would provide all U.S. workers with paid leave for the first time. Specifically, the bill guarantees four weeks of paid leave to all workers who are:

The benefits would be provided to workers in one of three ways:

The BBB Act includes around $5 billion in funding to support small businesses.

Most of that money, $3.385 billion, is designated to improve the ability of small employers and entrepreneurs to access capital. Specifically, the bill allocates:

Other small business-related investments include:

The BBB Act invests about $390 billion to fund universal pre-kindergarten programs for all 3- and 4-year-olds and to improve access to affordable child care. Democrats assert that child care costs are too expensive for many families, forcing millions of Americans out of the workforce and contributing to the labor shortage that has affected millions of employers. The BBB Act would ensure that nearly all families of four earning up to $300,000 would pay no more than 7{49352ce17ba8b8c977b46090d4022735cbbf9c8d2a96e7181f87be9b36a1fd69} of their income on child care. In addition, the act would provide funding for child care providers to raise wages for their workers and add staff to serve more families.

Other business-related allocations scattered through the 2,100-page bill include: