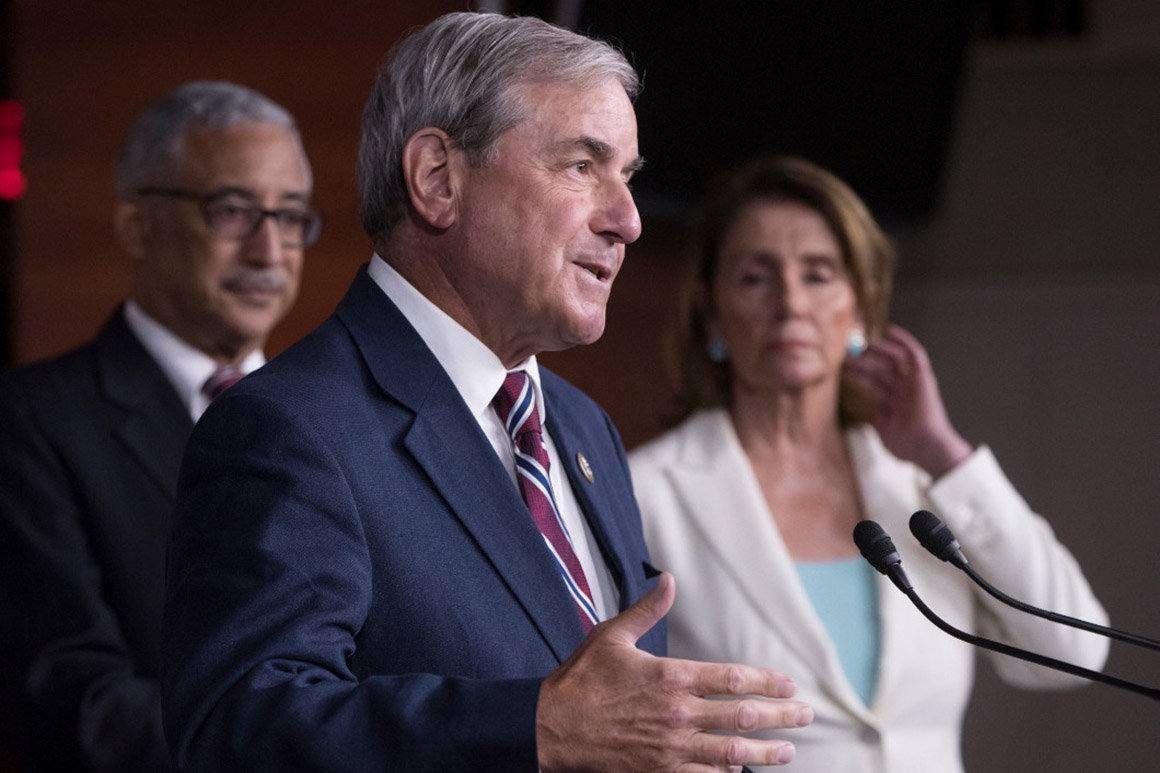 Democrats are counting on the drug policy proposal, which could generate budgetary savings of as much as $700 billion over a decade, to help pay for their other health policy priorities, including proposals to expand the Affordable Care Act, Medicaid and Medicare benefits.

Yarmuth noted leadership has given rank-and-file Democrats a fairly long leash up until now, but that period of tolerance is drawing to a close.

Yet the holdouts maintain their concerns about the bill’s impact on the creation of new drugs are sincere and the pressure campaign has yet to sway them, forcing Democrats to consider less savory backup plans.

“It’s my belief it would devastate American science, and we’re trying to make that case,” he said. “I hope [forcing a vote on the drug bill] is not the plan because I’ve made my position really clear.”

But continuing opposition could open Peters and his allies to charges they’re endangering most of President Joe Biden’s domestic agenda and Democrats’ control of Congress, and the House’s vulnerable members from purple districts plan to press that case.

“We’re the ones who will determine whether we will be in the majority and we feel very strongly about this,” said Rep. Colin Allred (D-Texas), a member of Pelosi’s leadership circle who represents a swing district. “We’re also the ones who receive the attack ads. So if we’re still willing to do it, we feel like anyone else should be able to.”

Senior Democrats and aides stressed that negotiations are ongoing and many things, including the drug pricing bill, could still change in the coming days, as the full bill threatens to collapse under the weight of competing demands from progressives and moderates on both sides of the Capitol. But the current plan, they said, is to put forward something close to the sweeping drug negotiation bill that already passed the House twice.

While Nancy Pelosi warned members in a Dear Colleague letter Monday night that the overall size of the bill may have to shrink due to ongoing negotiations with the Senate, they are still counting on the drug policy to raise the money necessary to pay for other top priorities like covering dental, vision and hearing benefits for seniors, expanding Medicaid for low-income people in red states, and making Obamacare subsidies permanent.

“The plan is to put HR.3 into the Build Back Better Act and then we’ll start working the members,” said Rep. Raul Ruiz, who leads the Hispanic Caucus. “We’ll have to whip it and I think once it’s included in the larger bill, it’ll be more likely that it’ll pass.”

Though Peters, Schrader and Rice blocked the bill from advancing in the Energy and Commerce Committee last week, identical language passed out of the Ways and Means Committee, clearing the way for its inclusion in the broader package. Yet leadership is still making a risky gamble, given that they can only lose three Democratic votes on the floor.

“We have to work with the few members who have reservations or we won’t be successful,” warned Rep. Peter Welch (D-Vt.), who is taking the lead on pushing for the drug bill. “It’s still in the bill, but we continue to have our work cut out for us.”

The White House, House and Senate leadership and outside advocacy groups are also joining the fight, working to squeeze the holdouts as the party works to muscle through a sweeping set of health policy changes without GOP votes.

Groups like Indivisible, Protect Our Care, Our Revolution and the AARP are ramping up their pressure campaigns — pushing constituents to flood the holdouts’ offices with calls, running ads attacking them and picketing outside their district headquarters. On Tuesday, at a rally headlined by Sen. Bernie Sanders, activists made life-size puppets with Peters’, Schrader’s and Rice’s faces outside the D.C. offices of the pharmaceutical industry’s main lobby group. The goal? Making sure the three lawmakers vote the other way should the full bill make it to the House floor.

A senior Democratic aide said leadership hopes this outside pressure “ratchets up the price of standing in the way of drug price negotiations.”

But Peters said all the internal and external pressure he’s received over the last week hasn’t made a difference for him.

“It has been really difficult the amount of vitriol that my district office is taking, and I’m sorry about that for my staff,” he said. “But I still think my position is correct and my job is to do what I think is the right thing.”

In a letter to her constituents over the weekend, Rice made a similar case, arguing that her ‘no’ vote was “not an easy decision to make but I believe it was the right decision.” She also said the overall $3.5 trillion package was not “fiscally responsible,” though the drug provision she opposes saves rather than costs the government money, and did not explain why she voted for the other pieces of the bill.

Still, House leadership projected confidence that recalcitrant members will fall in line to avoid reneging on their campaign trail pledges.

“We promised the American people in 2018 that we would work on bringing down the high cost of life-saving prescription drugs,” Rep. Hakeem Jeffries (D-N.Y.), the chair of the House Democratic Caucus, told POLITICO.