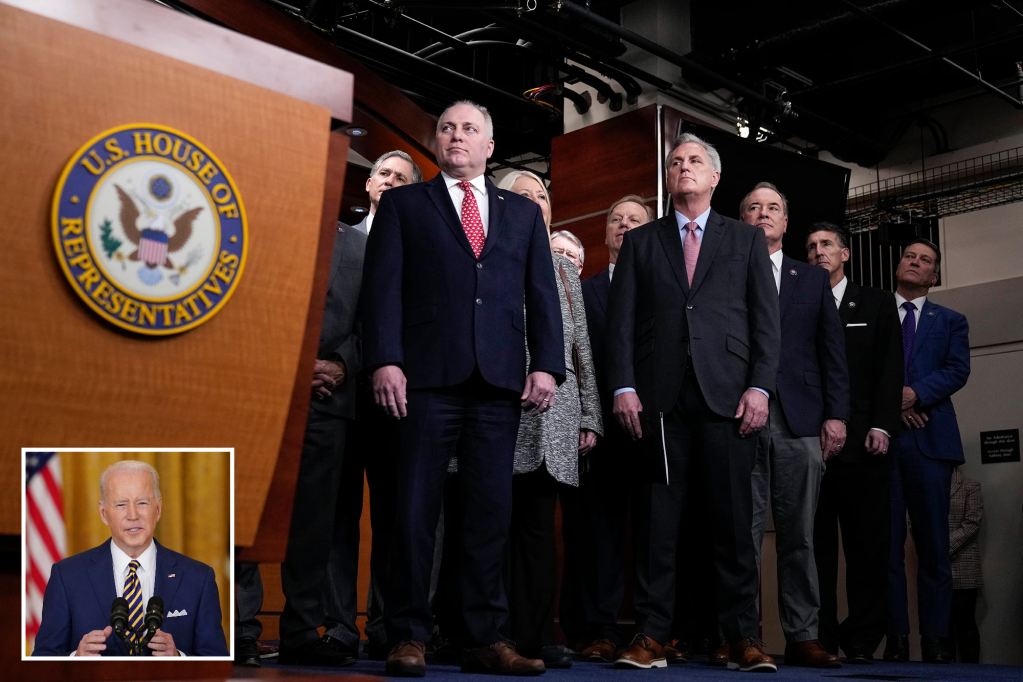 House Republicans tore into President Biden’s mixed messaging on the Ukraine crisis Thursday, describing it as the latest foreign policy fumble during his first year in office.

Biden suggested during a White House news conference Wednesday that the Western response to a Russian invasion of Ukraine would be less severe if it was a “minor incursion.” That statement caused alarm in Kiev and led the White House to try and walk back the remarks after critics argued they constituted a “green light” for Kremlin military action.

“The number one job, number one job of the commander in chief is to keep this country safe,” Rep. Michael Waltz (R-Fla.) told reporters Thursday. “Yesterday, Joe Biden literally threw the Ukrainian people under the bus by hedging and essentially, according to the Ukrainian foreign minister, giving the Russians a green light and giving Putin a green light if they only make a ‘minor incursion.’”

The White House cleanup effort began with a statement from press secretary Jen Psaki moments after the news conference ended.

“President Biden has been clear with the Russian President: If any Russian military forces move across the Ukrainian border, that’s a renewed invasion, and it will be met with a swift, severe, and united response from the United States and our Allies,” she said.

Biden himself echoed that statement Thursday morning, saying at the top of a White House meeting on infrastructure that he had been “absolutely clear” with Russian President Vladimir Putin.

“He has no misunderstanding. If any, any assembled Russian units move across the Ukrainian border, that is an invasion,” the president said. “It will be met with [a] severe and coordinated economic response that I’ve discussed in detail with our allies as well as laid out very clearly for President Putin … there is no doubt — let there be no doubt at all — that if Putin makes this choice, Russia will pay a heavy price.”

Back on Capitol Hill, Waltz, a former Green Beret and veteran of the war in Afghanistan, also noted that Biden had said during the press conference that “I make no apologies” for pulling US forces out of Afghanistan this past August.

“Tens of thousands of Afghans, freedom-loving Afghans who stood with us against extremism — they deserve an apology,” he said.

“Has he learned nothing from Afghanistan just a few short months ago?” McCarthy asked. “Remember when he stood before the American public and said ‘Oh, no, the [Afghan] army can sustain itself for a long period of time?”

“We saw that in Afghanistan. For the president to say that he would do it over again the same way, my God, what a frightening thought it is to us here in the United States, to our allies all around the world, but also to our adversaries,” he said.

“We know Russia was watching what happened in Afghanistan. We know that China was watching, Iran, all of our adversaries around the world were watching, and they saw the weakness and they’re capitalizing on it right now,” Scalise added. “Do you think the strong, wonderful people of the Ukraine think it would be a minor incursion if Putin moved tanks into Ukraine, even a piece of the Ukraine? Of course they don’t.”