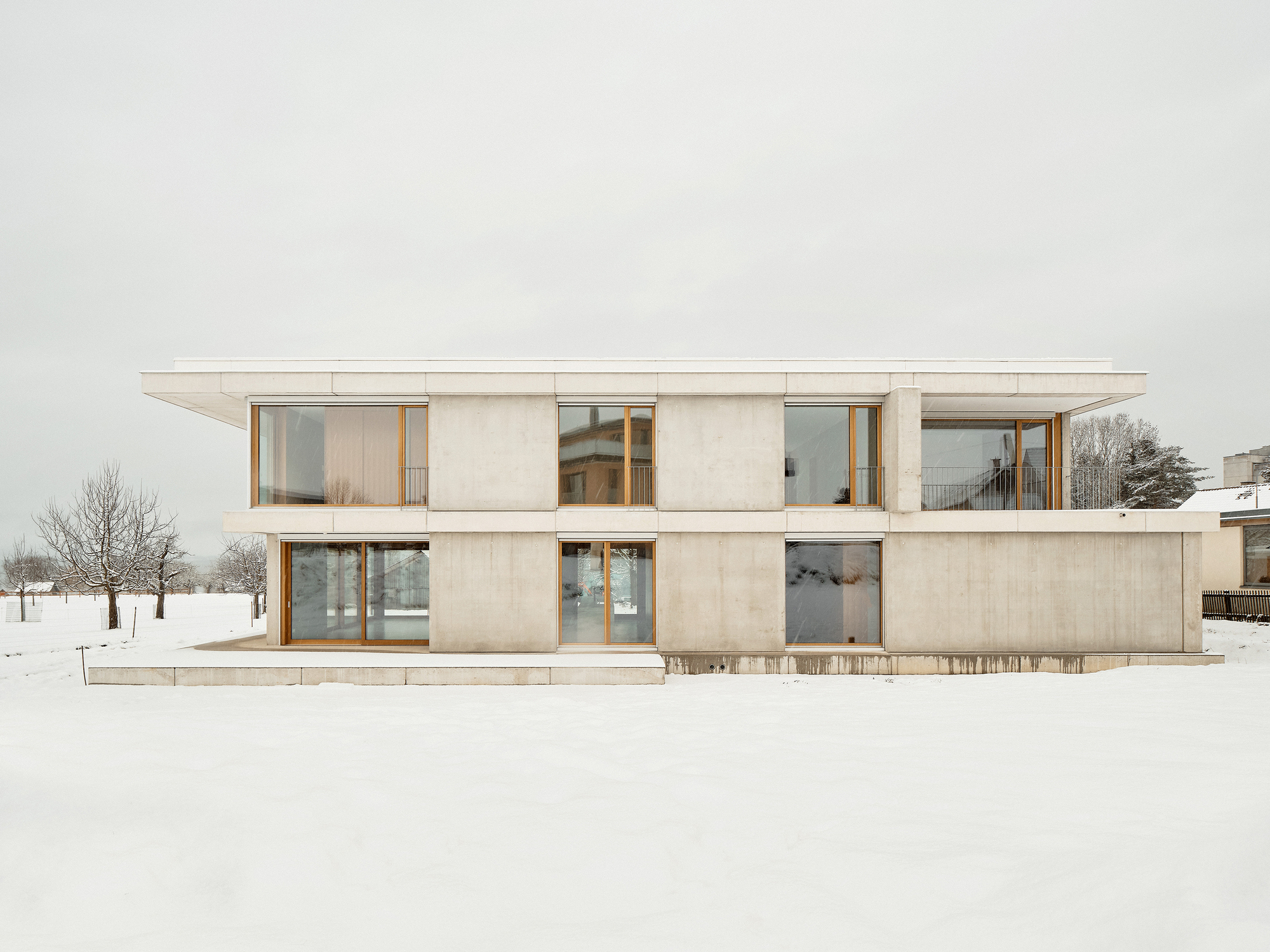 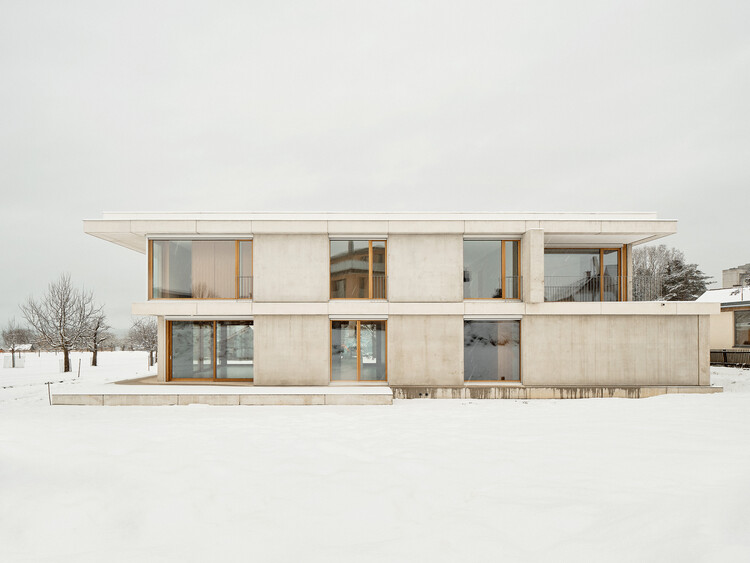 Starting point. The building site is in Romanshorn, a town on the shores of Lake Constance with an important railway branch junction. The main body of the settlement is a densely built-up area, with three main arms. The railway station is at the centre. Further inland, workers’ housing districts were built according to plans. The historic castle and church district lies in a slightly elevated position on the banks of the lake and shapes the city’s skyline.

The building site is situated in the outskirts of Romanshorn in the former hamlet of Holzenstein. The hamlet is characterised by the converted farmhouses and artisans’ houses that line the winding and slightly sloping street, dating back to the 18th/19th century. The building site, in the second row of the street, is situated in a historical townscape conservation area. To the west, it borders on the agricultural area, with an unhindered view of Lake Constance.

Concept. The former hamlet of Holzenstein is still characterised by farming. The rural development, with its somewhat overgrown appearance, offers a charming contrast to the otherwise strictly regimented rows of houses and planned neighbourhoods in Romanshorn. The winding street that is Holzensteinerstrasse is lined by two-storey buildings with gabled roofs and eaves and leads down to the lake. The architectural concept in no way obscures this image; on the contrary, in fact, the new building enhances the picture.

The building ties in extensively with the landscape and surrounding buildings. The impression it creates oscillates between the architecture of a solid building and a pavilion. Therein, its approach reflects the airy expanse of the site with the lake and the historic structures lining Holzensteinerstrasse. On plan, this house works in terms of its internal layering in a way that is historically typical of the longhouse. With the annex, courtyard spaces are created that interpret the rural zoning of the open space and incorporate the scale of the existing surroundings.

Materials. The building materials that endow the house with its typical character are limited to exposed concrete, larch wood, and steel. The fixtures and doors are made of local larch wood, designed by the architect and manufactured especially for the house using elaborate carpentry techniques. Regional contractors and artisans from the surrounding area were included in carrying out all the building works.