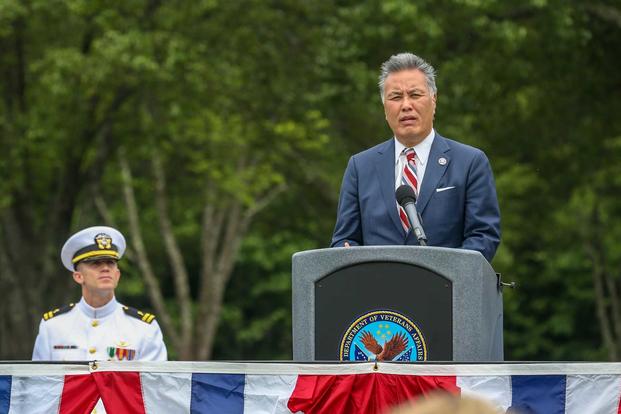 Eligible veterans would be automatically enrolled in the Department of Veterans Affairs health care system under a bill passed by the House on Thursday.

The House voted 265-163 to approve the Ensuring Veterans’ Smooth Transition, or EVEST, Act. The vote fell largely along party lines, though 44 Republicans joined Democrats to support the bill.

Right now, veterans must proactively apply for health care benefits at the VA. The bill approved Thursday would require the department to instead automatically enroll veterans who meet existing eligibility criteria for VA health care. The VA would also have to provide a way for veterans to opt out of coverage.

The bill, which does not change who is eligible for VA health benefits, would apply retroactively to veterans discharged 90 days before it becomes law. The bill must still be voted on by the Senate before being sent to the president to be signed into law.

Supporters of the bill touted it as a common sense measure that will help ease the transition from the military to civilian life.

“We know that the months following transition out of the military can be very stressful and particularly risky for new veterans in terms of mental health,” House Veterans Affairs Committee Chairman Mark Takano, D-Calif., who sponsored the bill, said Thursday on the House floor. “This helps simplify the process and prevents veterans from potentially missing out on lifesaving care. It also keeps veterans from having to opt-in to VA care later and attempt to navigate a new bureaucracy on their own.”

The bill could affect about 58,000 veterans annually who might otherwise not enroll in VA health care, according to estimates from the Congressional Budget Office, or CBO.

The bill could cost about $3.1 billion over the next five years, the CBO estimated.

In a statement last week, the White House said it supports the “goal” of the bill of “seamless enrollment in health care coverage.” But the White House also expressed concern that “there may be challenges implementing this bill as drafted,” adding that the administration “looks forward” to working out the issues with Congress.

Republican opponents of the bill pointed to the White House statement as they argued automatic enrollment could exacerbate existing issues with VA health care, such as long wait times and staffing shortages.

“Leaving the military wasn’t easy,” Rep. Mike Bost, R-Ill., the ranking member of the House Veterans Affairs Committee and a Marine veteran, said on the House floor. “It can leave new veterans feeling adrift and alone. I’ve been there.”

Bost said he wants troops to get the services they need in a “seamless manner” when they end military service. “I am not at all confident that this bill will accomplish that goal without harming services to other veterans and adding to the national debt,” he said.

© Copyright 2022 Military.com. All rights reserved. This material may not be published, broadcast, rewritten or redistributed.