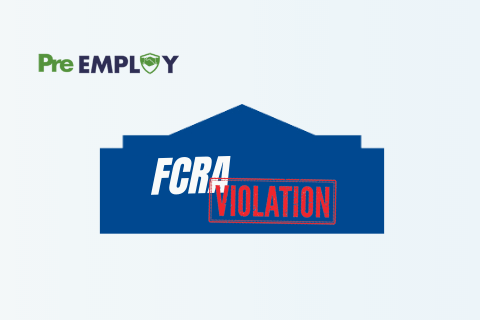 A major home improvement retailer faces a proposed class-action lawsuit over alleged Fair Credit Reporting Act violations. According to the plaintiff, the employer has used the consumer reports of job applicants to make adverse employment decisions without supplying them a copy of the report beforehand.

The plaintiff claims that the employer’s behavior violated the FCRA, which is a federal law that, in relevant part, prohibits employers from taking adverse employment action based upon a consumer report without first following specific steps, including providing a copy of the report and giving the candidate a chance to respond.

In this lawsuit filed in North Carolina, the plaintiff claims to have unlawfully been denied employment as a sales specialist at one of the retailer’s stores in Hillsborough County, Florida, based upon information garnered from a consumer report. According to the plaintiff, the decision was made without first providing a copy of the report and offering an opportunity to discuss it before being rejected.

Subsequently, a representative from the retailer contacted the plaintiff through a text message, informing him that he had not passed the background check. Thus, the conditional offer was rescinded. The plaintiff responded a few minutes later to ask whether he would be given a copy of the report. Still, he claims to have never been supplied either the report or disclosure of his rights under the FCRA by the retailer or the consumer reporting agency.

Under FCRA the process for the Home Improvement Retailer rejecting the job application should have been:

As a result, the suit claims that the plaintiff was never given a chance to show that he had no felony convictions, unlike what the report indicated. The case argues that the employer was aware of its obligations under the FCRA, particularly given that it has suffered previous suits alleging the same misconduct, which the suit contends makes the conduct “particularly egregious and willful.” Due to this conduct, the plaintiff claims that he suffered damages from lost pay and emotional damages from stress caused by the rescinded job offer.

The case proposes to cover all individuals within the U.S., over the last five years, who were turned down as a result of a background check and were who were not supplied a copy of their report with a written summary of their rights under the FCRA a minimum of five days before the adverse employment action.

Ultimately, it’s in everyone’s best interest for employers to be very clearly FCRA compliant. This means hiring managers, executives, and background checking partners all need to be up to date and well trained in the FCRA requirements.