Home Away from Home: Students Reflect on Experiences in Identity-Based Houses 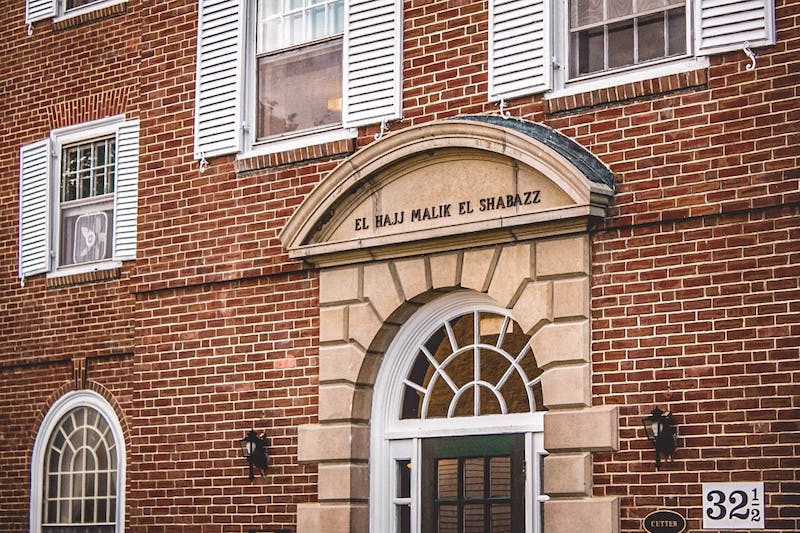 The four houses within the Living Learning Community system aim to foster inclusivity and connect individuals with similar values.

The Shabazz Center for Intellectual Inquiry, one of the four identity-based houses, aims to “enhance the intellectual and cultural milieu of the Dartmouth College campus.”

From dorm rooms to Greek houses to Zooming into class from your childhood bedroom, the spaces we live in have an incredible influence over our college experience. Greek houses in particular pride themselves on cultivating a sense of community and camaraderie for its residents, but these spaces are not the only houses of this kind on campus. Many of Dartmouth’s Living Learning Communities also promise a unique residential experience, where students live with those who share a specific interest or aspect of their identity.

The College identifies four LLCs with physical houses on campus as “identity-based communities,” which focus on the experiences of a particular identity group: the Latin American, Latino & Caribbean House, the Native American House, the Shabazz Center for Intellectual Inquiry and Triangle House.

Some students now living in these houses — such as LALAC House resident Adriam Moya ’24 — were drawn to the space because they felt alienated from aspects of their culture or identity in traditional College housing.

“I wanted to find a place where I actually felt community and not just [like] the outsider,” Moya said. “When I go into the living room and do some work, I just want to relax, and I don’t want to worry if I’m understanding the references or if people even understand me.”

Moya’s high school was primarily comprised of Black, Latino and Hispanic students, and he hoped that living in the LALAC House would offset some of the culture shock of attending an institution with less racial diversity.

“I didn’t realize how much of a toll it would take on me until I got here,” Moya said. “[In high school], they would understand me if I spoke in Spanish. Coming here — to a predominantly white institution — [I realized] ‘Oh, I’ve got to speak English 24/7. That’s hard.”

Many residents agreed that their LLC is successful in providing a strong community for students. Rothschild Toussaint ’23 lives in the Shabazz Center, and he described the house as a “hub” for Black students on campus.

“Because of Shabazz’s history [as] a house for Black students, [I get] to strengthen myself with[in] the black community on campus” Toussaint said. “Having the house as a hub is a good way for us to reconnect and find each other.”

Toussaint thinks that the physical layout of Shabazz also contributes to the strong community, noting that living in a house increases his interactions with others in the space.

“Shabazz is a four-floor building … but the first two floors are hangout areas, so when you enter, you don’t just go straight to your room” Toussaint said. “You have to see people. And I think that’s helped strengthen the ties.”

Additionally, many of the LLCs host mandatory events for residents in an effort to build community, often taking the form of house dinners. According to Moya, the LALAC House hosts a weekly dinner.Darren Nelson ’23, a resident of Shabazz, also emphasized his house’s weekly dinners as an important way for students to connect with each other.

Toussaint explained that faculty and other experts are invited to Shabazz’s weekly dinners to discuss both Black history and contemporary issues the Black community faces. He described these discussions as “empowering” and noted how he found value living in a space where exploring history and socializing overlapped.

While LLC houses build camaraderie among its residents, they are not necessarily every resident’s primary community on campus. Lucas Rathgeb ’22 is living in Triangle House, a housing community that, according to its description, is “centered around the historical and contemporary experiences of lesbian, gay, bisexual, transgender, queer, intersex, asexual, aromantic and allied people.”

Rathgeb began living in the house at the start of this fall term, but thus far, has spent most of their time in other communities on campus, such as the DOC. Still, Rathgeb said they appreciate the value of having a dedicated space to support queer identity.

“I think it’s nice to be in a place that feels like it is dedicated and specifically made for you,” Rathgeb said. “The entire atmosphere of the house and the kinds of books we have on the shelves provide more of a support and more of a normalization of queer identity than you would find in most places on campus — which is a really nice feeling to have.”

Nelson, who began living in Shabazz last fall, recognizes that living in an identity-based space comes with pros and cons, particularly in comparison to college dorms or other LLCs that expose students to a wide range of different cultures and identities. There are 10 LLCs open to first-years, including the Thriving Through Transitions LLC, which Nelson lived in during his freshman year. Thriving Through Traditions aims to help freshmen navigate their transition to college with intentionality.

“I enjoyed getting to know the different cultures and hanging out with different people with identities across the board, but I feel like Shabazz feels more like home,” Nelson said when comparing his experience in Shabazz to that of his freshman LLC.

Nelson added that while a typical dorm might expose its residents to a wider range of identities, residents have more control over their experiences in identity-based housing.

While LLCs provide their residents with an experience different from that of a traditional dorm, many of the students living in these identity-based houses find an irreplaceable community.

“I feel like I have a debt I can never repay because I feel so at home [at Shabazz] — particularly with the other Black students that live there.” Touisssant said. “It’s really created a stronger sense of solidarity. It’s very near and dear to my heart, and that high degree of respect, especially when I first came, has allowed me to be fully myself.”