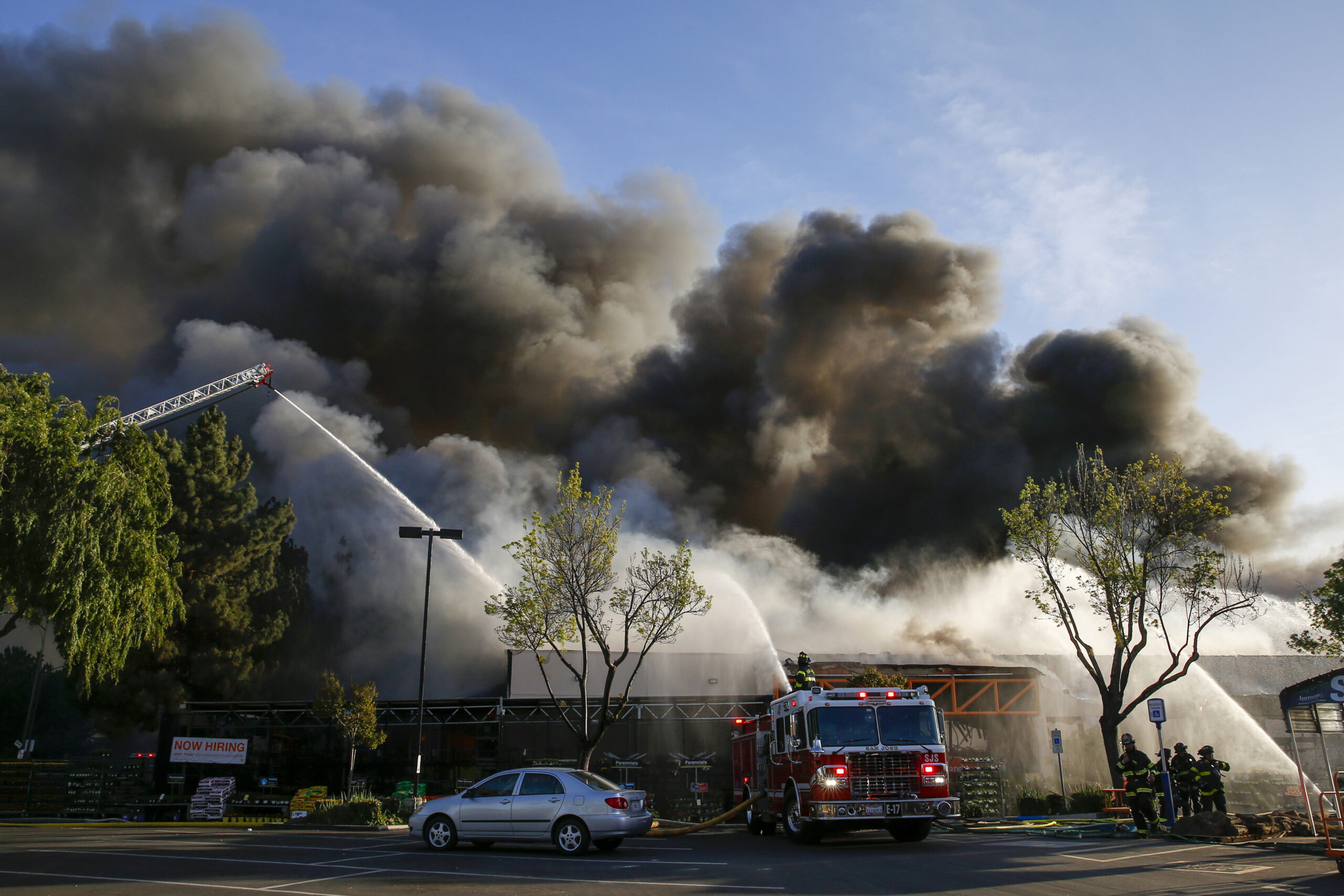 SAN JOSE, Calif. (AP) — A weekend fire gutted a Home Depot store in the San Francisco Bay Area, sending up a huge plume of smoke and prompting orders for some nearby residents to shelter in place, authorities said.

The five-alarm blaze in South San Jose erupted around 5 p.m. Saturday and took about six hours to contain shortly before midnight, with some firefighters remaining overnight to douse embers.

Employees and customers inside the store ran for safety. No injuries were reported.

The fire apparently began in the lumber section of the store but the cause remained under investigation, fire officials said.

The fire also fed on flammable materials and chemicals such as paint thinner, which made it harder to fight, Fire Battalion Chief Brad Cloutier said at a briefing.

About 100 firefighters fought the blaze and protected nearby homes and businesses.

Concerns about unhealthy air prompted authorities to order people living nearby to stay inside, close their windows and turn off their air conditioning.

City Councilman Matt Mahan, who lives near the store, told the Bay Area News Group that the air in his home smelled of chemicals and “burning plastic.”

Dozens of animals also were evacuated from a nearby veterinary hospital.

The fire broke out about three hours after another blaze erupted at the Port of Benicia in the Bay Area.

No injuries were reported.

Two ships were moved away from the area, while fire boats from San Francisco and Oakland helped fight the blaze, fire officials said.

By Sunday morning, the fire had “slowed considerably” and only three small flaming pockets remained, the city said in a Facebook update.

About the photo: Firefighters work on a five-alarm fire at the Home Depot off Blossom Hill Road in San Jose, Calif., on Saturday, April 9, 2022. A shelter-in-place advisory was expected to remain in effect until at least early Sunday afternoon for residents living or working near the store that was destroyed Saturday in a fiery blaze. (Shae Hammond/Bay Area News Group via AP)

Copyright 2022 Associated Press. All rights reserved. This material may not be published, broadcast, rewritten or redistributed.

Want to stay up to date?

Get the latest insurance news
sent straight to your inbox.