Elon Musk Says He Lives in a $50,000 House. He Doesn’t Talk About the Austin Mansion. 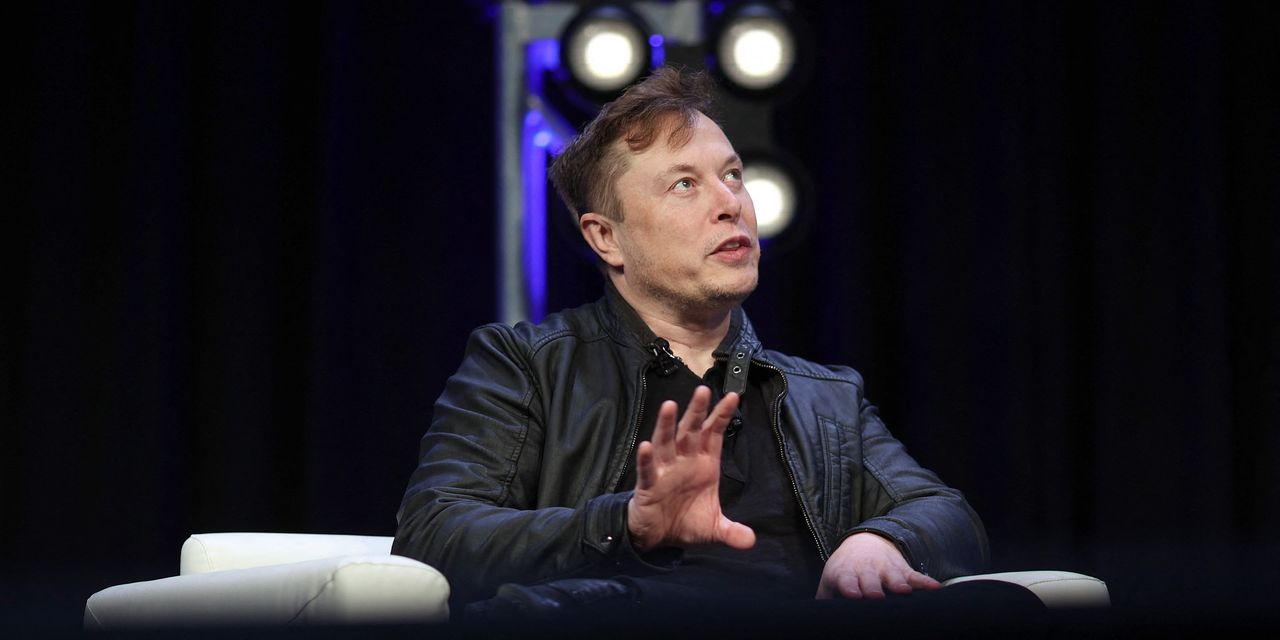 AUSTIN, Texas—When Time magazine last week named Elon Musk “Person of the Year,” it painted a spartan picture of his living arrangements. “The richest man in the world does not own a house,” the piece began.

The magazine was repeating what has become a core element of Mr. Musk’s public persona. Since last year, when the billionaire

and SpaceX CEO announced he was “selling almost all physical possessions” in an effort to simplify his life, Mr. Musk has repeatedly portrayed himself as a man of modest tastes.

“My primary home is literally a ~50k house in Boca Chica/Starbase that I rent from SpaceX,” he tweeted this June, referring to a Texas town near the Mexican border near SpaceX’s rocket-launch facility. “It’s kinda awesome though.”

What Mr. Musk hasn’t said, and what few people know, is that for roughly a year he has also been living in a waterfront estate in Austin owned by a rich friend nicknamed “Kenny,” people familiar with the matter say—a home so extravagant that it was the most expensive listed in the Texas capital when it was sold just a few years ago.

Mr. Musk has also engaged a series of real-estate agents to show him Austin-area mansions for purchase—and toured some houses personally, some of the people say.

The Austin home where Mr. Musk stays is owned by Ken Howery, a billionaire in his own right who has known Mr. Musk for decades. Mr. Musk’s stay is so secret that some friends of Mr. Howery said they were unaware of the arrangement.

—where Mr. Musk was an executive early in his career—and later, with famed investor

The three men are considered part of what has been popularly termed the “PayPal Mafia,” a group of former company executives who went on to further success in business. In 2017, Mr. Musk tweeted that he had swung by a party attended by actors Leonardo DiCaprio and Orlando Bloom to say hi to Mr. Howery.

Mr. Howery served as U.S. ambassador to Sweden during the latter half of the Trump administration. Since his term ended, Mr. Howery has been traveling the world, including chasing tornadoes and other extreme weather events as a hobby, people who know him say.

That left his home available for Mr. Musk, who said last year that he had moved to Texas. Earlier this year, he relocated Tesla’s headquarters to the outskirts of Austin.

The property includes nearly 8,000 square feet of interior space on a peninsula that juts into the Colorado River at the foot of Mount Bonnell in an exclusive Austin neighborhood, property records show. It boasts a waterfront pool, jacuzzi and private boat slip, and is protected by several sets of gates and a guardhouse as part of a development called “Watersedge.”

The mansion sold for more than $12 million in 2018; real-estate agents say it would sell for multiples of that now, a reflection of the city’s booming property market. It couldn’t be determined if Mr. Musk paid Mr. Howery for use of the residence. Mr. Musk is worth around $240 billion. Neither man responded to requests for comment.

After publication of this story, Mr. Howery, in a text message, said: “Elon does not live at my home, he lives in South Texas. He stayed at the house as my guest occasionally when traveling to Austin.”

Mr. Musk, also after publication of this story, told the website Insider: “I don’t live there and am not looking to buy a house anywhere.” He subsequently tweeted, in response to a link to this story, “But what color are the pillow cases?? We must know these important details!!” and “I should probably live somewhere though,” adding emojis in both instances.

Mr. Musk’s extended stay in the Austin mansion, as well as his continued pursuit of a showcase property nearby, complicate the narrative he has cultivated. Several years ago, he was temporarily sleeping with a white, caseless pillow on the floor under his desk at Tesla’s San Francisco-area factory.

He pledged on Twitter last year to “own no house,” and has followed through by selling a vast portfolio of homes.

“I do live in a $50k house,” he wrote on Twitter in July. Public records show that he is registered to vote in Cameron County, Texas, near Boca Chica beach, at a home built in 1971 that occupies one-fifth of an acre. The house is owned by Space Exploration Technologies Corp., the records show.

In recent months, Mr. Musk and his representatives have engaged a series of Austin-based real-estate agents to hunt for a trophy property in the area, people familiar with the matter say. His personal financial advisers have sent a slew of requirements to brokers, including a desire for a large expanse of land that is currently unavailable in properties on the market, the people say.

Mr. Musk has toured several homes in person, two of the people say. Among the homes he expressed interest in, those people say, is a custom-built mansion owned by the noted jewelry designer

Ms. Scott, who through a spokeswoman declined to comment, was open to a deal, but Mr. Musk was a no-show at several appointments to tour the home, one of the people said.

Paramount to Mr. Musk’s concerns, say people briefed on the search, is privacy.

The home search is so tightly protected, the people say, that several high-end Austin home-sellers say they expect it will remain a mystery even after he purchases a property. When the most expensive listed home in Austin sold for around $39 million earlier this year to a California limited-liability corporation with connections to Mr. Musk, word buzzed around the neighborhood that Mr. Musk was the secret buyer.

He wasn’t, says Jonny Jones, a businessman who previously owned the house and has found himself forced to shoot down the rumor.

Michele Turnquist, a real-estate agent who represented Mr. Jones in the sale, said she continues to receive misplaced kudos. “I’ve had five people tell me, ‘You know, Elon bought your listing,’ ” Ms. Turnquist says. “I tell them that if Elon bought my listing, I wouldn’t know.”

—Rebecca Elliott contributed to this article.