Does Santa Shop at the Home Depot in Fairbanks, Alaska? 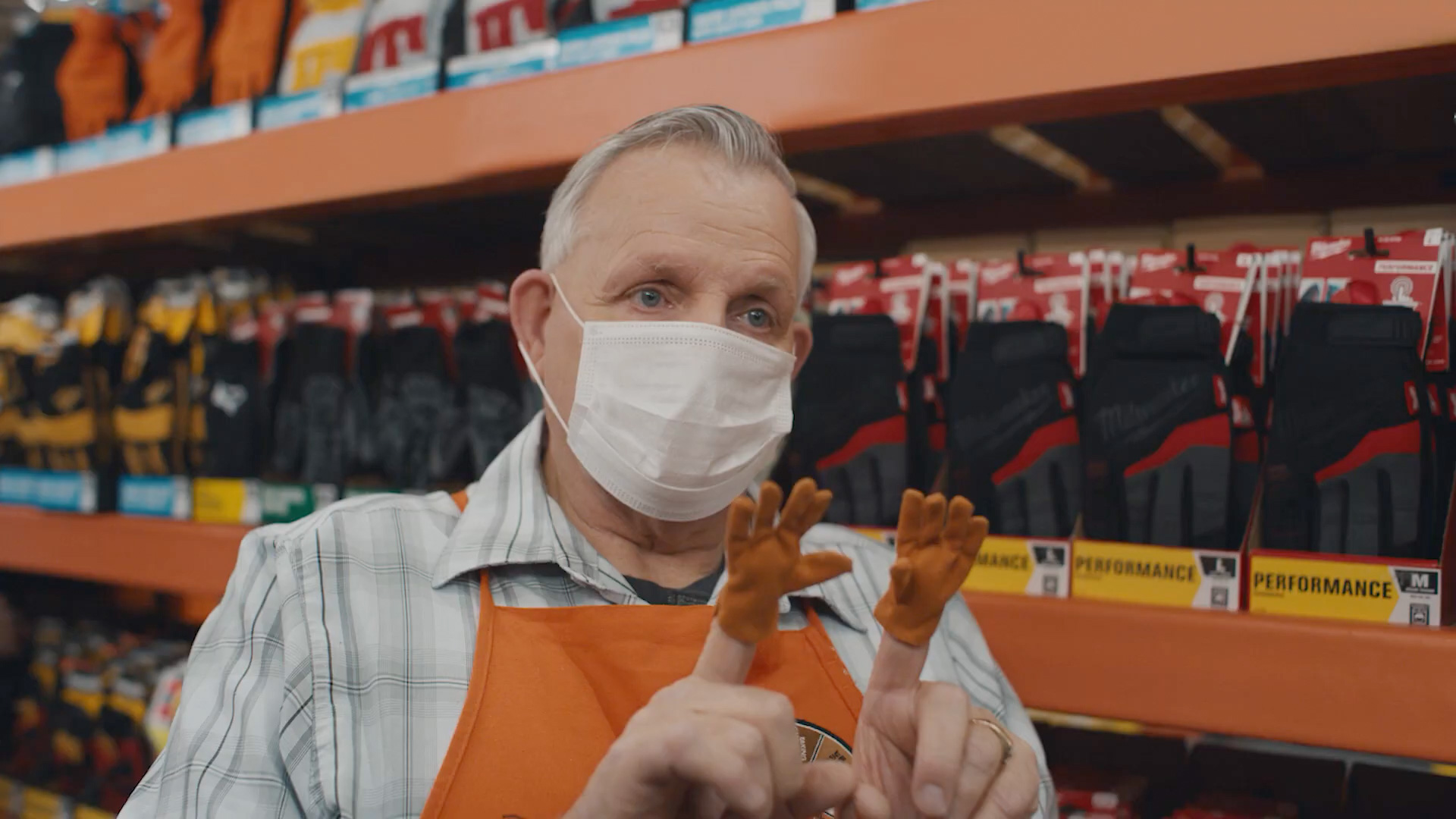 Lots of brands put their employees in ads, but this one stands a tad above the rest, buoyed by understated performances that are positively priceless. Cute quips include: “There’a a lot of Nicks in this town” and “This is Alaska. There’s a lot of guys with beards.”

The best bit comes at the end, when the camera spies a red-shirted dude with flowing white locks cruising the lumber and plywood selection. But ho-ho-hold on, that’s an associate named Keith. He’s jolly, though.

Directed by Hungry Man’s Ben Callner, the spot concludes with a sweet shout-out to the store’s 500,000-plus workers: “We didn’t get an answer to that Santa question. But we sure met some people who know a thing or two about giving … thank you!”

The team filmed at Home Depots in Fairbanks and Anchorage. “Every single person is a real Alaskan associate—even Frosty, whose real name is Frosty, short for Frostine,” says BBDO group executive creative director Matt MacDonald. “We never considered using actors for a moment. The idea would have lost all its charm if you sensed these people weren’t the real thing.”

As for Keith, “we cannot confirm or deny any changes to his natural hair color,” MacDonald says.

Lots of ad-libs made it into the final cut, including a scene where an associate named George helps a customer and pats him on the back.

“He really stopped, mid-take, to turn and direct the gentleman,” reports BBDO account director David Welday. “Then, he popped right back onto his mark, and we went again like nothing out of the ordinary happened.”

“We were amazed and relieved by how great these associates were on camera,” adds MacDonald. “They were so natural and so funny, nailing take after take. My favorite line in the whole thing—’Is he a contractor?’—was improvised by Joseph on the spot. I think the idea works because the warmth you feel says everything about the people that work at Home Depot.”