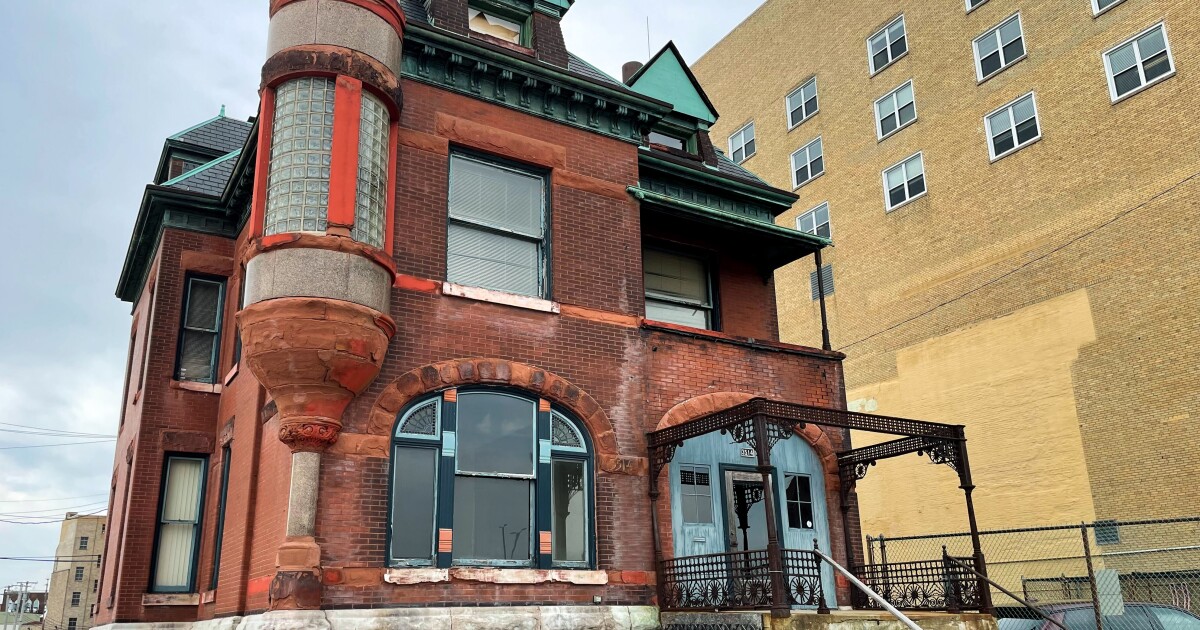 The St. Louis Preservation Board on Monday granted preliminary approval to the St. Louis Symphony Orchestra’s plans for a $100 million renovation and expansion of Powell Hall.

Board members voted 3-2 to move the project forward after preservationists said they oppose a key part of the project — one that would demolish Culver House, a historic home next to Powell Hall. The board must still review final details and building materials.

The 19th-century, Queen Anne-style home at 3514 Delmar Blvd. in Grand Center sits on the space the orchestra has included in its $100 million renovation project. A 65,000-square-foot expansion would include a new entryway, rehearsal areas, interior additions and a new lobby.

“We’re really excited that we’re preserving our Powell Hall for future generations, expanding the access to our community,” Yolanda Alovar, a spokesperson for the orchestra said. “We’ve been developing a salvage plan to preserve the cultural and historical architectural elements of the building (Powell Hall), and we’ll share those plans with our communities as soon as they become available.”

As the house is not listed on the National Register or located within a historical district in St. Louis or a preservation review district, the orchestra does not need approval from the city’s Cultural Resources Office or the Preservation Board. However, the renovation and expansion plans at Powell Hall need the board’s approval, since it was designated as a city landmark in 1976.

Stacy Wehe, managing principal at Christner Architects, the project’s architect of record, said Powell Hall’s space is so cramped that orchestra members warm up downstairs in the boiler room and women change for performances in bathroom stalls. The building also lacks rehearsal space.

“If you walk through the basement boiler room in Powell Hall today, you will see music stands,” Wehe said. “The building was never intended to be a concert hall, and quite frankly it lacks some of the fundamental spaces needed to function as one.”

After an initial review, the city’s Cultural Resources Office recommended that the Preservation Board approve the project. However, preservationists insisted that there is no need to destroy the Culver home; they believe there are other ways to preserve it.

Fifteen members of the public spoke against the plan at Monday’s meeting.

The expansion project for Powell Hall is exciting for the city but should not come at the expense of knocking down a piece of St. Louis history, said Paul Hohmann, a preservationist in St. Louis.

“I realize that not every building can be saved. … But when it comes to the point of, when you have only two or three of something left, I think that’s the time when you should start looking at preservation,” Hohmann said.

The Culver House, built during the late 1880s, is one of the last homes of its style in Midtown. The 2½-story residential building was built by the famed architect Jerome Bibb Legg for Lucius L. Culver, co-founder of Wrought Iron Range Co. — one of the city’s largest manufacturers of stoves.

Hohmann said the area where the house sits was once filled with mansions, but many of them were destroyed because of urban renewal during the mid-1900s and are now surface or vacant lots.

Some preservationists are worried that the orchestra is rushing to tear down a classic piece of architecture before the plans are finalized.

“One of the concerns is that I’ve been around long enough to have seen a lot of grand plans get proposed that involve demolitions of significant properties, and once the demolition component of things are approved the proposed plans that the demolition was predicated upon get scaled back or dropped altogether,” said Andrew Weil, executive director of Landmarks Association of St. Louis.

He wants preservationists to be able to suggest ways to save the home to the orchestra.

“It’s kind of disappointing because I feel like the Culver House is significant enough that it really deserves historic preservation due process with regard to considering what happens to it,” Weil said.

Alderwoman Marlene Davis, D-19th Ward, asked those who have concerns and questions about the project to watch the process unfold.

“I do believe the director of our symphony and all those who are working with her on this process will do the right thing, will work together, and we can find a good remedy,” Davis said “But I don’t think it’s in our best interests to delay it at this point. Let’s get the job done in its totality to make everyone happy.”