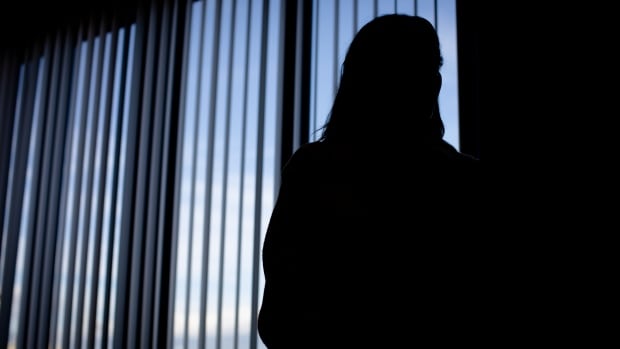 It’s a secret she says she held close for almost three years — what happened the night she says she was sexually assaulted by two Victoria real estate agents she’d hired to sell her house.

“I tried my very best to just kind of put everything away and move forward,” she told Go Public. The woman — who CBC News is not naming because she’s an alleged victim of sexual assault — is in her 30s.

Sitting in the Vancouver office of her lawyer, she says the assault took a toll on her mental health and she wants accountability — so she’s filing a civil claim to get it.

She alleges that in August 2018 her real estate agents, Bowman Rutledge and Andy Rogers, lured her to the Victoria office of the luxury real estate agency Engel & Völkers Vancouver Island, where the assault happened. The company is also named in the lawsuit.

She decided to sue, she says, after first reaching out to Victoria police.

“The experience was awful,” she said. “It was … traumatic and not handled with care or compassion at all.”

She said officers she spoke with showed a lack of experience and did not seem to understand the trauma she’d been through.

A Victoria police spokesperson said he couldn’t speak to the specifics of her case, but did say “patrol officers are all trained in responding to sexualized violence” and that “survivors … have the right to tell their story, when, where and to whom they choose.”

The lawsuit was filed in the Supreme Court of British Columbia last week.

Victims of sexual assault appear to increasingly be pursuing justice through avenues other than criminal proceedings — such as civil claims and social media — says Kat Owens, project director at the Women’s Legal Education and Action Fund.

Experts have estimated that only about five per cent of women report sexual assaults to the police and, of those cases, only about 11 per cent lead to convictions.

Barriers like the fear of being blamed or not believed, a fear of retaliation and concerns over retraumatization are among the reasons for this.

“They’re not getting it through the criminal justice system and so, through that frustration, they’re seeking alternatives,” she said.

What’s in the lawsuit

The civil statement of claim says the plaintiff agreed to meet Rutledge for a drink at a local bar to celebrate the sale of her house.

When she arrived outside the bar, says the claim, Rogers was also there.

It alleges that before going for a drink, two men said they had to stop off at their real estate office to do some paperwork. Once there, says the claim, they “offered the plaintiff a glass of wine which they had drugged.”

The lawsuit goes into graphic detail about how Rogers performed sexual acts on her, while Rutledge masturbated near her face.

Go Public contacted the men about the civil suit, but neither responded.

Neither of the accused men has been criminally charged and the allegations have not been tested in court.

The owner of Engel & Volkers Vancouver Island, Scott Piercy, said in a statement, “We remain a dedicated, professional and ethical team of licenced advisers and these allegations do not represent who we are. Any form of sexual misconduct is wholly unacceptable and will not be tolerated within our industry or our community.”

“I think as a society, we’re starting to get a much better understanding of the impact that sexual assault can have on mental health … and I think we’re seeing more survivors wanting to be compensated for that.”

Civil cases also have a lower standard of proof than criminal ones, says O’Connor. “What we’re looking for is a balance of probabilities — so 51 per cent likely that the incident occurred. In a criminal trial, there can be no reasonable doubt whatsoever that it occurred.”

The woman behind the civil claim says, in March, a friend shared a disturbing story about another alleged assault that triggered feelings of guilt for keeping quiet about her own experience.

“I was filled with so much anger,” she said. “I didn’t know how I was going to continue to move forward if I didn’t do something.”

Both men firmly denied any wrongdoing.

“I have three little sisters and would never want that to happen to them,” Rutledge said in a video on his Instagram account. “I would absolutely never do that to anybody.”

Rogers posted a statement saying both he and Rutledge “respect, appreciate and admire” the survivors who share their experiences on the platform. “The allegations made against us, however, are untrue and vehemently denied.”

They had, by then, moved to another real estate agency, which fired them the day after the details on Instagram went viral.

The pair’s former employer, Engel & Völkers, issued a statement saying the claims were “concerning and deeply troubling” and that “we are taking this seriously.”

A B.C. woman alleges in a civil lawsuit that her two former real estate agents drugged and sexually assaulted her in their office. 2:10

One of the creators of Survivor Stories Project says survivors “just want to be seen, heard and believed.” CBC News is keeping her identity confidential, because of safety concerns.

“They feel so validated just by the pure fact that other people are seeing and hearing their story for the first time,” she said. “It’s like they’ve been holding on to a breath for far too long.”

She says women also use the page to warn others about someone they don’t consider to be safe.

“They’ll say, ‘I know he’s on dating apps. I know that he’s frequenting the nightclubs and bars. And I just want other people to know.'”

Since its inception, the account has recounted the alleged actions of well-known men in the community — resulting in some losing their jobs, some businesses closing and, in one case, contributing to criminal charges.

Similar social media accounts have popped up in various forms across Canada, largely prompted by the #MeToo movement and praised by advocates who consider them an avenue for sexual assault survivors who don’t trust the criminal justice system.

‘They can ask for a lot of money’

But those social media accounts are not without risk for the people who post allegations or those behind the accounts, says Catherine Willson, a Toronto-based civil litigator who specializes in social media and defamation law.

She says someone who was falsely accused and lost their job, saw their marriage ripped apart or social standing destroyed, may fight back.

“If they can determine who is putting out the complaint, or perhaps the host of the site, then they can launch a civil action and defamation,” said Willson. “And they can ask for a lot of money.”

At the same time, Willson says, she understands why survivors want to name and shame. “There are women that have been harmed. And there doesn’t seem to be a satisfactory remedy for many of these women.”

The woman at the centre of the lawsuit says she’s not certain a civil case will bring her peace.

She confides she’s still intimidated by the men she’s accused, but says she’s ready to face them in civil court — not just for herself, but to inspire other survivors of sexual assault.

“I really just hope that this [helps] other women move forward,” she said. “And know that they don’t have to be quiet anymore. They can come forward and be supported on their own terms, at their own pace and at their own time.”