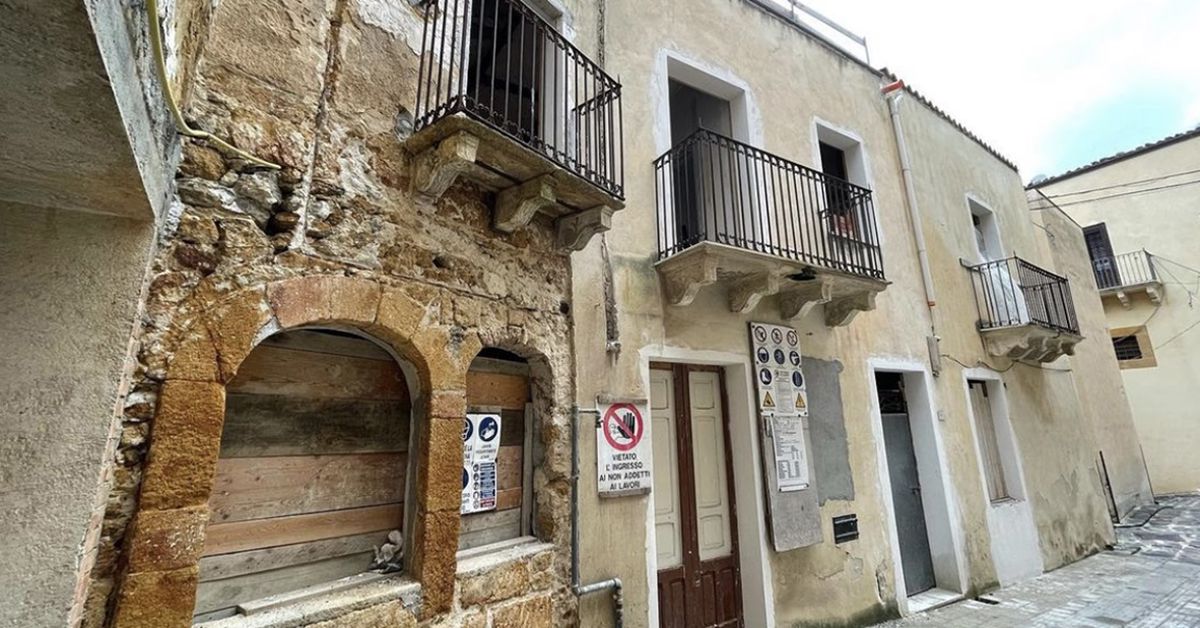 Re-imagining the stones and timbers first assembled about the time Shakespeare put pen to paper can’t be rushed. It will likely take some deep thought. Some espresso. More thought. More espresso.

Meredith Tabbone admits there are frustrations that come with buying a dilapidated 17th century home in the Sicilian town of Sambuca. She’s a Chicago financial adviser accustomed to getting things done pronto.

But two years after she paid about $6,000 for a two-story home she’d only ever seen online, Tabbone sounds like a woman under the spell of a hilltop town that glows pink at sunset and put at ease by Giuseppe, her architect, who utters the Italian word “tranquillo” at just the right time.

“There are so many ways that I feel more at home there than I have ever felt in my life in any other place,” said Tabbone, 42, back in Chicago after her most recent trip to Sicily in October.

Italian towns, mostly in the south, have been advertising houses for $1 as a way to revive withering communities. There’s usually a catch: The buyer must agree to spend, within a certain time frame, a minimum amount to repair the property.

So far, Tabbone has spent about $120,000, which includes remodeling, as well as buying the neighboring property to expand her abode from 750 square feet to about 2,700.

Along the way, she’s felt the warm embrace of the unhurried southern Italian life. The ricotta served in so many homes is indescribably delicious, espresso accompanies the most important discussions, and a quick trip to a neighbor’s house isn’t.

“You have to come in, have a conversation,” Tabbone explains. “You’re probably going to have to have wine and bread, nuts and fruit. You’re going to have a coffee.”

Before long, you’ll get to know the family history of everyone who works at the local tile shop, she said.

You also learn Italian bathrooms must have a bidet.

“My architect was like, ‘No self-respecting human that lives in this town and doing a renovation is not going to have a bidet,’” Tabbone said. “I’m like, ‘OK, we’re going to put those in then.’”

That isn’t precisely what the architect said. Tabbone relies on facial expressions, hand gestures and Google Translate to get by — particularly frustrating when communicating via Zoom.

Of her Italian, she says: “It is not good. That is by far the biggest struggle I have, is the language barrier.”

The best way to learn the native language, it is sometimes said, is to fall in love with a native.

“I am, I guess, a rare bird,” Tabbone said. “I enjoy being single and have no plans to ever get married.”

She does plan some day to retire to her new home, which she expects to be completed in January or February.

To those who might have similar dreams, she says: “It’s just like everything else you want to do that’s hard — if you wait until the conditions are perfect, it’s never going to happen. … Somehow, it all falls into place once you get started.”