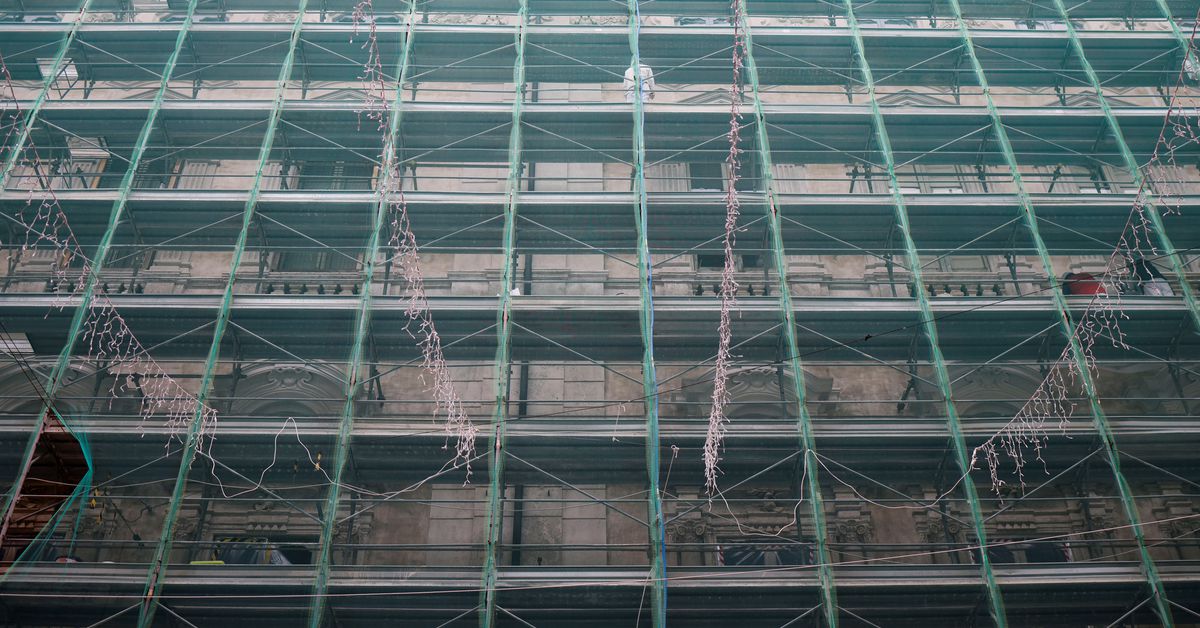 ROME, Dec 9 (Reuters) – When Briton Candida Arvanitakis decided to make her 18th century Italian holiday home more energy efficient, she was pleasantly surprised to find it would cost her next to nothing as Italy is stumping up about 150,000 euros of the bill.

Under a scheme introduced in July last year the Italian government pays an eye-watering 110{49352ce17ba8b8c977b46090d4022735cbbf9c8d2a96e7181f87be9b36a1fd69} of the cost of turning buildings green, from insulation to solar panels to replacing old-fashioned boilers and window fittings.

“It’s a real incentive for people to reduce emissions. I only wish it existed in Britain too,” said Arvanitakis.

On the down side, a surge in demand has inflated the cost of building services and Italy’s tax collection agency said last month it had uncovered fraud worth more than $1 billion related to the superbonus and other home improvement incentives.

Critics also object to the high cost to the state, the fact that some of the main beneficiaries are well off and don’t really need government handouts – and that the subsidies cover new gas heating and therefore continued fossil fuel use.

A number of other European countries, including France, the Netherlands, Hungary and Denmark also offer subsidies for green home improvements, though none are as generous as Italy.

The scheme, championed by Stefano Patuanelli, a minister from the ecologically-minded 5-Star Movement, is due to run through 2025 but will be reduced in size and availability from the end of next year.

The average cost of the subsidised works carried out so far on the individual apartment blocks most Italians live in is 557,000 euros, according to Italian economic analysis and consultancy firm Nomisma.

“Work has more than doubled since the superbonus was introduced,” says Luca Passerini, who owns a building firm in Rome. “I have hired more labourers but we can’t meet the demand. We are not taking on any new jobs until May.”

Climate analysts said it was too soon to measure the impact of the subsidies on household energy use but they welcomed the thrust of the measure in a country where homes account for 11.5{49352ce17ba8b8c977b46090d4022735cbbf9c8d2a96e7181f87be9b36a1fd69} of emissions, according to the Italian Institute for Environmental Protection and Research (ISPRA).

“It is clearly positive both for reducing emissions and improving the air quality of our cities,” said Michele Governatori at the climate and energy think-tank ECCO.

However, he said the subsidy was probably too generous and initial confusion over its scope and duration led to a rush to cash in. That “drugged” the market, allowing builders to hike prices for work of sometimes dubious quality.

Governatori also criticised the fact that the bonus is applicable for gas heating, saying “subsidies like this should exclude any use of fossil fuels”.

One way for people to claim the subsidy is by deducting it from their tax returns over a five-year period.

A more popular method is to use the tax credit to pay the building firm. It subtracts the sum from its taxes or sells the credit to a bank, which is reimbursed by the state.

The measure has been blighted by corruption.

Italy’s tax collection agency said last month it had uncovered fraud worth 950 million euros connected with the superbonus and other home improvement incentives.

Italy ranks 52nd in Transparency International’s global corruption perceptions index and is 21st out of the EU’s 27 member states, above Greece and five Eastern European countries.

Italy’s public finance watchdog, the Parliamentary Budget Office (UPB), said the goal of getting maximum emissions cuts at minimum cost was not being achieved by the scheme.

For all its alleged flaws, the superbonus scheme still stands out among Italy’s efforts to meet its climate targets, which many experts say are far from sufficient.

They say Italy, which is heavily reliant on imported oil and gas, is doing too little to develop alternative energy sources and has not followed the lead of countries such as Germany and Spain in a major push towards electric vehicles.

“We are way behind in the switch to renewable energy and we are not on track to meet our emissions pledges,” said ECCO’s Governatori.