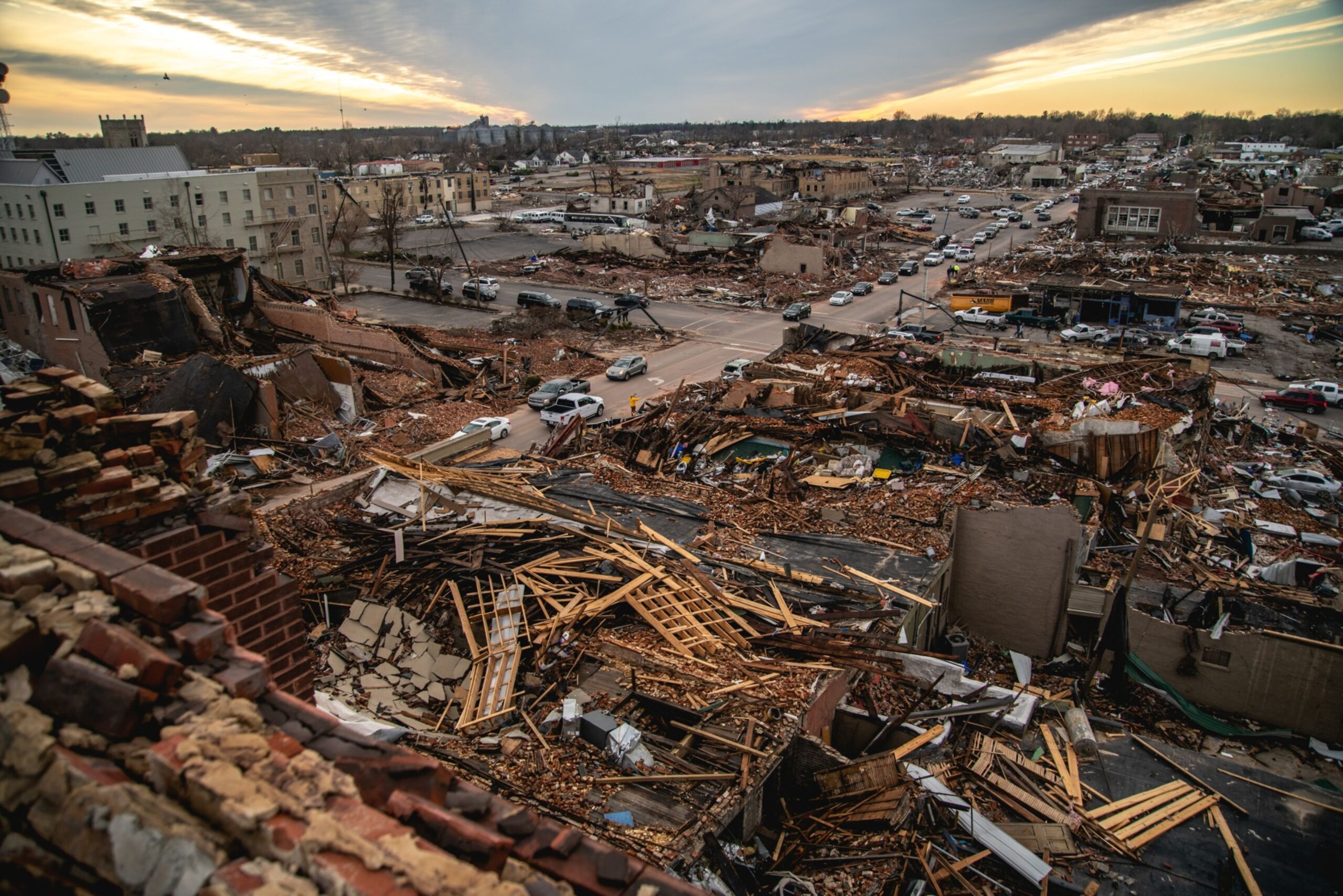 Illinois Governor J.B. Pritzker on Monday questioned whether building codes need updating to counter risks from an increasing number of severe storms as investigators parse through reasons for the fatal collapse of an Amazon.com Inc. warehouse in the state late last week.A tornado struck an Amazon delivery station in Edwardsville, Illinois, on Friday, killing six workers and destroying much of the facility at the peak of the holiday shopping season. The Occupational Safety and Health Administration has opened an investigation.The tornado was part of a deadly weather system that tore through the central U.S. last week killing at least 75 people during a usually calm time of the year and potentially setting records for the distance it covered. Scientists haven’t figured out if there is a connection to climate change and tornadoes, but they do know storms in general are becoming more severe.

Pritzker said during a press conference on Monday in Edwardsville, which is near St. Louis, that the investigation will look at whether current regulations were followed at the Amazon warehouse. He also raised the prospect that climate change may be contributing to a rising number of storms and added that he’s speaking with state legislators on “whether or not we need to change code based upon the climate change that we are seeing all around us.”

The billionaire Democrat’s comments on the tragedy are part of a broader national discussion regarding the use of long-term averages to define what is normal, which can leave previous decisions about building codes and even crop decisions and insurance rates out of date as the climate changes.

“This tornado was something that was an unexpected major, severe storm. We are seeing more and more of that I might add throughout the state of Illinois,” he said in response to questions from a reporter. “That’s something that we are deeply concerned about to make sure the code is where it ought to be.”

He added that the distribution, warehousing and manufacturing industries are key components of the state’s economy. Illinois is a hub of warehousing and then moving commodities and consumer products throughout the country with intricate networks of railways, airports, rivers and roadways running through it. More than 20% of its non-agriculture jobs come from trade, transportation and utilities and another 10% are from manufacturing.

About the photo:Damaged buildings following a tornado in Mayfield, Kentucky, U.S., on Saturday, Dec. 11, 2021. Tornadoes ripped across several U.S. states late Friday, killing more than 70 people in Kentucky, at least two at a nursing home in Arkansas and an undetermined number at an Amazon.com warehouse that was partially flattened in Illinois.

Want to stay up to date?

Get the latest insurance news
sent straight to your inbox.