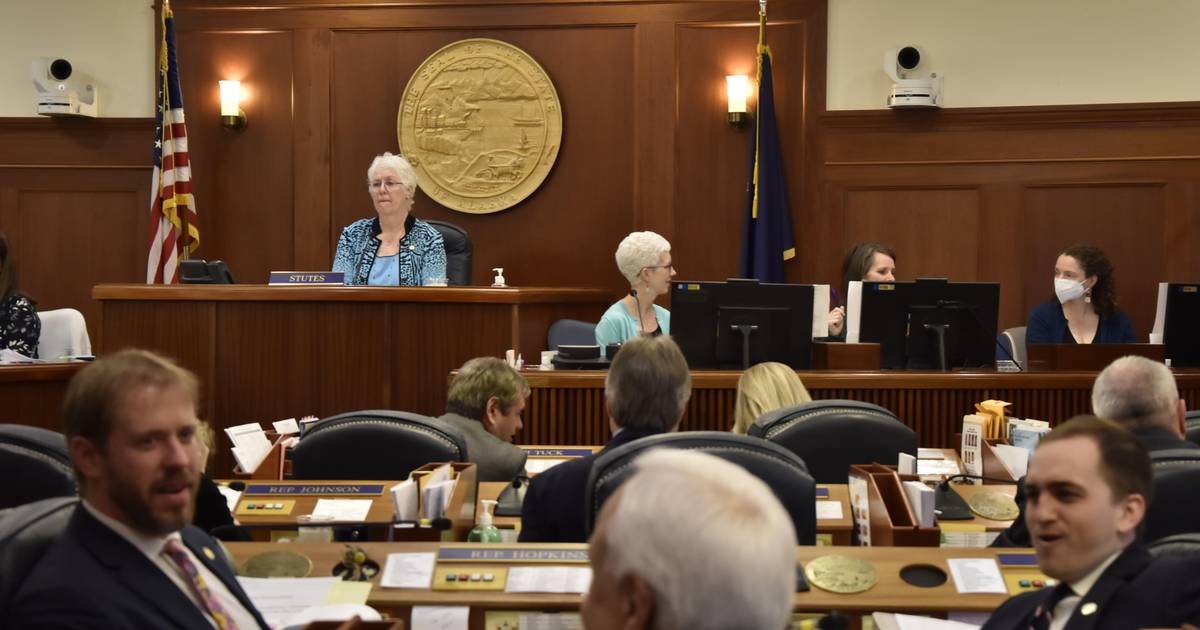 JUNEAU — The state House on Saturday rejected the Senate-passed budget that included $5,500 in payments to Alaskans, instead sending it to a conference committee tasked with resolving differences between the Senate and House versions of the spending plan.

The vote on whether to concur with the Senate budget failed in a 22-18 split. Four majority members joined 14 Republicans to vote in favor of concurrence.

The House voted last month for a budget that included $2,600 in payments to Alaskans, or around half the amount approved by the Senate earlier this week. The $5,500 payments in the Senate budget — split between a full statutory Permanent Fund dividend of $4,200 and $1,300 in one-time energy relief checks — would have cost the state a total of $3.6 billion.

Critics of the measure, which over the past few days have included labor, education and business groups, expressed concern over the budget’s reliance on high oil prices to remain balanced. Educators also worried about the evaporation of a plan to use more than $1 billion of the unexpected state revenue to forward fund education beyond the coming fiscal year.

House Speaker Louise Stutes, R-Kodiak, appointed Kelly Merrick, R-Eagle River; Daniel Ortiz, I-Ketchikan; and Bart LeBon, R-Fairbanks — all three of whom voted not to concur with the Senate budget — to the conference committee.

“I get it that there’s needs and wants. In this state, a lot of folks, and we’re all part of that too, want the maximum PFD, but the other side of that argument is the needs of the state. We need to support roads, troopers, public education,” LeBon said before voting against concurrence. “We must balance the needs with the wants.”

The Legislature has until Wednesday to pass a budget, or lawmakers may be forced to enter a special session.

The House vote on the budget came after three days of delays as Stutes held marathon meetings with majority caucus members — most of whom are Democrats — in an attempt to ensure the House would not concur with the Senate spending plan.

Historically, the House has almost always rejected the Senate’s version of the budget. The last time there was no conference committee on the operating budget was in 1982.

“We wanted to take our time to make sure that we were all comfortable in making the vote that we made,” Stutes said Saturday afternoon. “Our caucus came together as the fiscally responsible caucus. And I was happy to see the direction they went because we held true to what brought us together initially.”

Earlier in the week, Republican Gov. Mike Dunleavy reportedly put pressure on members to advance the budget to his desk. In his first public statement on the budget, Dunleavy did not comment specifically on the dividend amount. The governor has in the past spoken in favor of a full statutory dividend, and earlier this year asked the Legislature to pass a budget that included at least $3,700 in payments to Alaskans.

“It is important for Alaskans to remember the budget process is not yet concluded,” he said in a statement after the House vote. Once the Legislature passes a budget, Dunleavy can veto the entire budget or specific items within it.

“We as policy makers need to understand that the serious financial issues facing Alaskan families, mainly rising costs due to inflation, should be at the forefront of the budget process,” Dunleavy said.

Stutes said she spoke earlier in the week with Dunleavy, who indicated he would cut the $1,300 energy checks from the budget if it passed the House and landed on his desk.

“It was pretty clear when we spoke with him that he was going to cut out the energy rebate. That was going to be gone,” Stutes said. “He indicated he wanted a billion dollars cut off the budget.”

The energy rebate program would have cost the state around $840 million.

Stutes said she expects a lower dividend to emerge from conference committee discussions, but she did not say by how much she expected it to be lowered.

Discussion on the House floor Saturday focused on the dividend amount. Supporters of a full dividend said that it could help Alaskans struggling with higher prices, and that the budget would still leave money in savings if oil prices remained close to the state Department of Revenue’s most recent projection of $100 per barrel in the coming fiscal year, which starts July 1.

“For the first time in six years, we have the opportunity to vote for a full statutory dividend,” House Minority Leader Cathy Tilton, R-Wasilla, said ahead of the vote.

Foster, a co-chair of the House Finance Committee, said ahead of the vote that for Alaskans residing in rural communities, some of whom rely on a subsistence economy, the large dividend could be a significant boost to their annual income.

The mega-sized dividend plan emerged this week in the Senate alongside a massively increased capital budget. But the $5,500 payments would have been almost unimaginable at the start of this year’s legislative session.

Oil prices spiked after Russia’s invasion of Ukraine and added roughly $3.6 billion to the state’s predicted revenues during the current and upcoming fiscal years. And while a number of lawmakers cautioned that those predictions may not hold, legislators proposed adding some $3 billion in spending beyond what Dunleavy initially proposed in his budget plan at the beginning of the session.

Under the Senate’s budget plan, just $750 million from the $3.6 billion oil windfall — which still isn’t assured — would have been added to Alaska’s savings accounts.

Currently, oil prices are performing slightly below the Dunleavy administration’s latest projections for the year.

With $5,500 payments to Alaskans, the state’s Statutory Budget Reserve would have been emptied if oil prices dropped below $93 a barrel in the 2023 fiscal year.