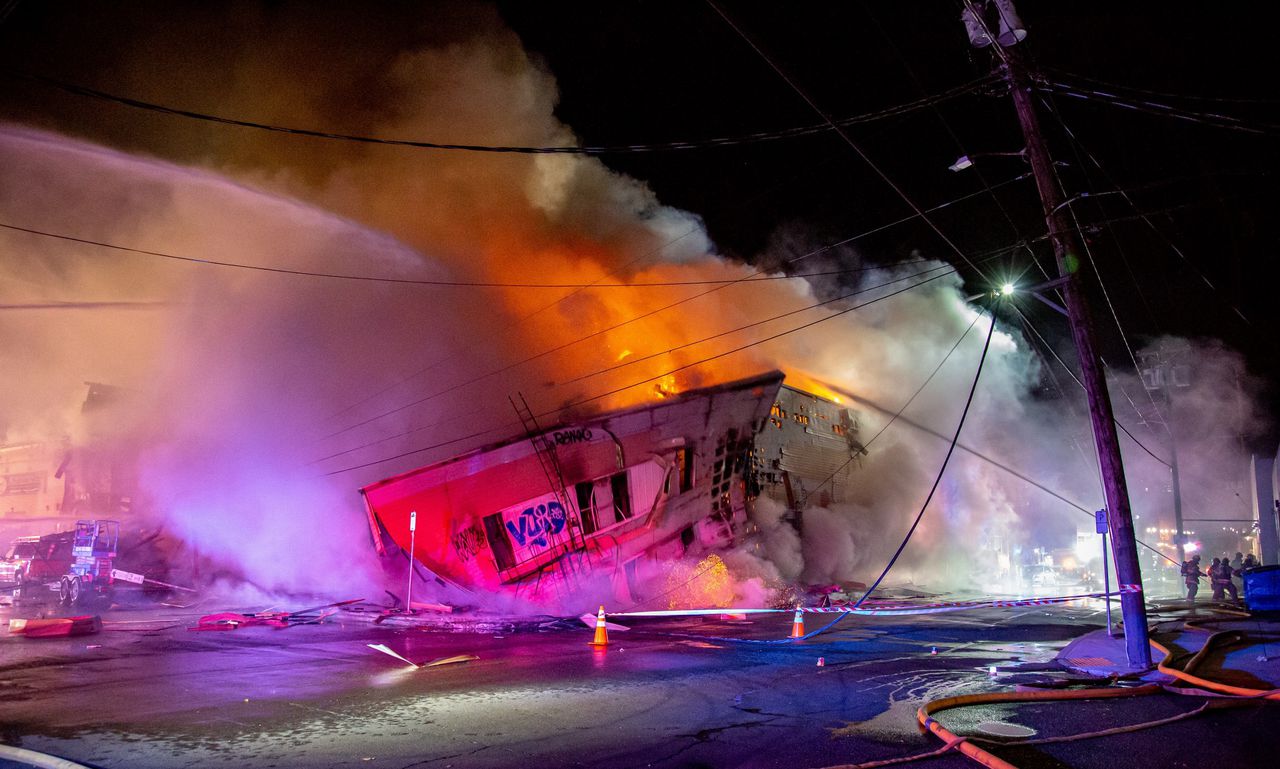 A four-alarm fire consumed a long-vacant warehouse early Friday in Southeast Portland’s inner industrial area, sending up billowing smoke visible for miles away and the acrid smell of burning debris throughout nearby neighborhoods.

No injuries were reported at the building at Southeast Alder Street and Ninth Avenue, but the fire burned for hours and kept streets in the area closed into the evening.

The graffiti-marked warehouse has been the site of other fires in the last several years, most recently in July, according to Portland Fire & Rescue. It has been vacant for at least five years, though homeless individuals have occasionally broken into the building and used it as an unsanctioned shelter, according to Fire & Rescue spokesperson Rob Garrison.

The fire was reported around 12:30 a.m. Fire crews found heavy fire visible from the east side of the building, fire officials said. They upgraded their response to four alarms, a relatively rare callout for extra engines and firefighters, because of what they described as the significant fire involvement and growth.

The building had mostly collapsed by later morning, making it difficult for firefighters to reach some of the burning areas. Crews focused their attention on two adjoining buildings and saved both, fire officials said.

Fire Chief Sara Boone said the building posed a serious hazard for firefighters. “It is so perilous that we indicate these buildings with a U marker” when they become unsafe, she said in a statement.

“Crews made a valiant effort to search the basement of the fire building for potential victims in zero visibility using an anchor point and search rope,” Boone said. “Other hazards that fire fighters faced were building collapses, the sidewalk collapsing over the basement, as well any energized power lines coming down.”

Firefighters let part of the building continue to burn to give them access to the basement, where the main part of the fire was, Garrison said. Crews hoped to be able to begin putting water on the fire by early evening, he said.

Fire crews will remain on the scene overnight to work to put out the fire completely, he said. After that, engines will be sent to the scene every few hours to keep fire watch.

The cause remains unknown. Fire investigators won’t begin their examination of the scene until at least Monday morning, Garrison said.