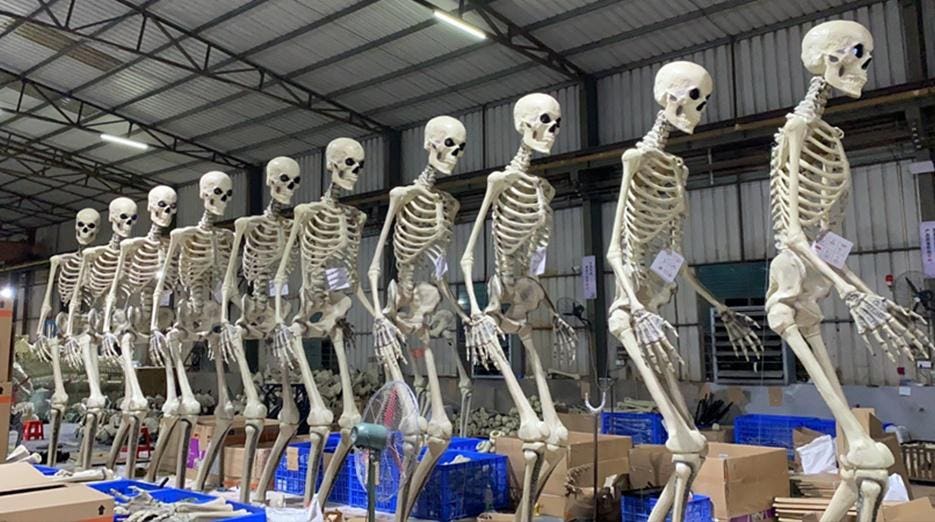 In this story, there are no skeletons in the closet. They are, instead, on display for all to see.

Back in July, Home Depot did something unusual: It pre-released its Halloween lineup online, and almost immediately, it sold out of everything. It may have its Halloween past, and an unlikely product smash, to thank.

In 2020, Home Depot debuted a 12-foot, $299 skeleton that one would think had a limited market. Yet this budget-breaking, assembly-required monster sold out before last October. In fact, Home Depot reported its most successful Halloween in 2020.

Now the massive skeleton is coming back, and make no bones about it, it’s possibly bigger in 2021. The creature – dubbed “Skelly” by fans – has a legitimate social media following, a growing list of motivated buyers and “play” in terms of future ongoing sales. This is all in part to Home Depot’s savvy and measured stewardship of the unlikely sales sensation.

What makes the skeleton so appealing is the timing of its audacious excess – rattling the human psyche following seven months of pandemic-caused caution, isolation and cutting back. Skelly not only stands tall, it stands for something. It is an outlet of expression (including frustration) as well as an act of control.

Here are five ways Home Depot is adding meat to the bones of its surprise phenomenon.

Driving The Nail Into The Coffin Of Consumer Deprivation

This Halloween, Skelly will reveal much about how consumers face the fear of unpredictability, as well as how well they can endure it. Some may perceive the boom in the giant-skeleton population as a $300-per-sale cry for help following a scary 19 months. But retailers and marketers should take it as a shout of “hello!”

And they should follow the shoppers closely. Consumers seldom lead retailers to the grave.